A Maryland defense attorney says the Bureau of Prisons is ignoring a judge's order to release his client into home confinement because of coronavirus concerns. 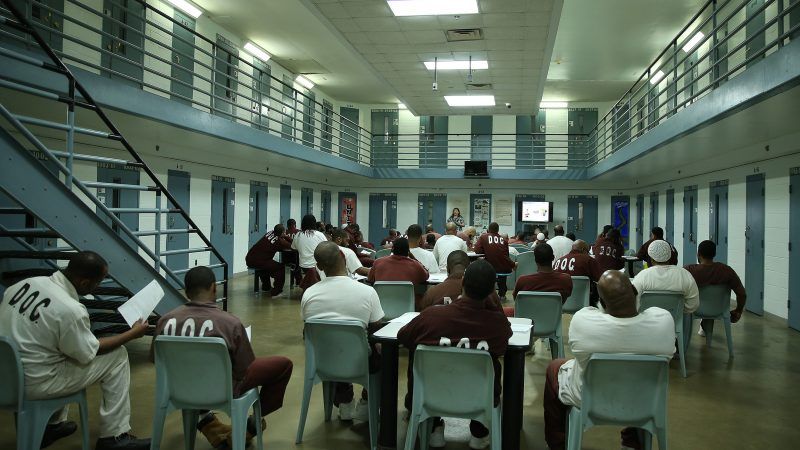 While states and counties around the country are trying to keep inmates out of dirty jails and prisons to avoid COVID-19 outbreaks, federal authorities in Maryland are fighting emergency petitions from federal inmates who want to be transferred into home confinement in order to avoid infection.

A Maryland defense attorney says the Bureau of Prisons (BOP) is refusing to release one of his clients into home confinement earlier than scheduled, despite a judge's order to do so. Meanwhile, federal prosecutors in Maryland filed motions today in that case and a similar case opposing inmates' petitions to be transferred from a halfway house to home confinement.

However, Cook's attorney, Brian Stekloff, says the BOP hasn't budged to move Cook since the judge's order, and today the U.S. Attorney's Office for the District of Maryland filed a motion asking the judge to reconsider the order.

"The Department of Justice—specifically the Bureau of Prisons—has a constitutional and statutory obligation to ensure the safety of inmates under its supervision, and its refusal to meet those obligations and to abide by a court order violates my client's constitutional rights and common decency in this difficult and challenging time," Stekloff says. "It is unconscionable that the government is spending time and taxpayer money to continue a needless crusade to jeopardize the health of our client and others in the halfway house."

Halfway houses are crowded communal spaces, and many of them are filthy and in poor state of repair.

"Residents in halfway houses typically live in close quarters with many other people, just like in nursing homes and prisons," Cook's emergency motion argued. "Residents in halfway houses eat, socialize, and participate in programming in common areas, just like in nursing homes and prisons. Similarly, workers and residents frequently come and go from halfway houses, potentially carrying with them any diseases or viruses to which they were exposed."

Meanwhile, the USAO is opposing an emergency motion by an inmate to be released into home confinement in a similar case.

In a motion filed today in a separate case where an inmate is petitioning for emergency release, federal prosecutors argue the judge does not have the authority to modify the final terms of a sentence, and that the inmate is scheduled to be released to home confinement within the week anyway.

"Nothing in federal law permits the Court to alter a final sentence once it has been imposed. In fact, federal law bars such a move, particularly here where BOP is vested with full discretion to designate where inmates serve their sentence," federal prosecutors argue. "For these reasons, the motion should be denied."

Prosecutors make the same argument in Cook's case, declaring that the judge's order to transfer her early "reflects a clear error of law."

Reason reported yesterday that a bipartisan group of 14 senators and numerous criminal justice advocacy organizations across the political spectrum urged the Trump administration to use compassionate release, the president's clemency powers, and other tools to get elderly and at-risk inmates out of federal prisons as soon as possible to avoid potentially catastrophic coronavirus outbreaks.

"This is crazy," says Kevin Ring, president of the criminal justice advocacy group FAMM. "Anyone who's remotely ready to be sent home should be sent home. The people who are already at the halfway house are only weeks or months from getting out anyway."

The U.S. Attorney's Office for the District of Maryland declined to comment on this story. The Justice Department and the Bureau of Prisons did not immediately respond to a request for comment.

This article has been updated to include a motion filed by federal prosecutors after initial publication.