At least some unnecessary regulations are finally being waived. 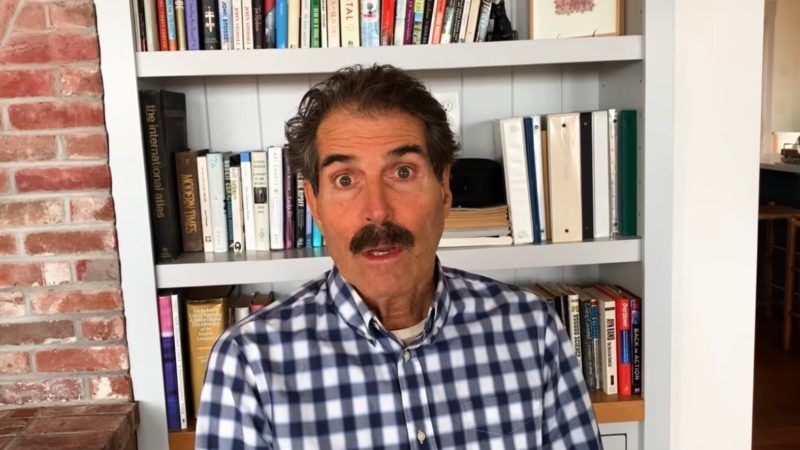 But the infection rate grows. Doctors and hospitals may yet be overwhelmed.

It didn't have to get to this point.

That's because people in Korea could easily find out if they had the disease. There are hundreds of testing locations—even pop-up drive-thru testing centers.

Because Koreans got tested, Korean doctors knew who needed to be isolated and who didn't. As a result, Korea limited the disease without mass quarantines and shortages.

Not in America. In America, a shortage of COVID-19 tests has made it hard for people to get tested. Even those who show all the symptoms have a difficult time.

Why weren't there enough tests?

Because our government insists on control of medical innovation.

That's the topic of my new video.

Private companies might have offered better tests, and more of them, but that wasn't allowed. The World Health Organization even released information on how to make such tests, but our government still said no. Instead, all tests must go through the government's cumbersome approval process. That takes months. Or years.

Hundreds of labs had the ability to test for the virus, but they weren't allowed to test.

As a result, doctors can't be sure exactly where outbreaks are happening. Instead of quarantining just sick people, state governors are forcing entire states to go on lockdown.

At the same time, many people who show no symptoms do have COVID-19. Without widespread testing, we don't know who they are, and so the symptomless sick are infecting others.

A few weeks ago, the government finally gave up its monopoly and said it was relaxing the rules. There would be quick "emergency use authorizations" replacing the months- or years-long wait for approval. But even that took so long that few independent tests were approved.

So President Donald Trump waived those rules, too.

Now tests are finally being made. But that delay killed people. It's still killing people.

For example, telemedicine allows doctors and patients to communicate through the internet. When sick people consult doctors from home, they don't pass on the virus in crowded waiting rooms.

But lawyers and bureaucrats claimed such communications wouldn't be "secure," and would violate patients' privacy.

Only last week did officials announce they would allow doctors to "serve patients through everyday communications technologies."

Americans shouldn't have to ask permission to use "everyday" technologies.

Now doctors fear that as more people get sick, hospitals won't have enough beds for the critically ill.

But the bed shortage is another consequence of bad law. Critical access hospitals in rural areas are not allowed to have more than 25 beds. Trump has now announced that he's waiving those rules.

In some states, there's a shortage of doctors or nurses. That, too, is often a product of bad law—state licensing laws that make it illegal for professionals licensed in one state to work in another. Trump said he would waive "license requirements so that the doctors from other states can provide services to states with the greatest need." Then it turned out that he could only allow that for Medicare; he didn't have the power to override stupid state licensing rules.

Fortunately, many states finally waived harmful licensing laws on their own.

It's good that governments finally removed some rules.

But the time that took killed people.

Once COVID-19 passes, America should leave those regulations waived.

And we should repeal many others.