Massive Coronavirus Testing Is the Way to Help Save the Economy

No time to waste; do it sooner rather than later. 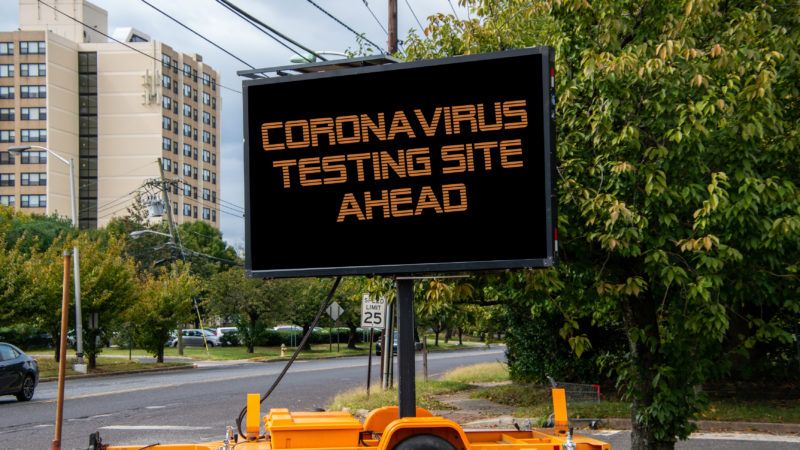 The fastest and safest way out of the rising coronavirus pandemic is "to test as many people as possible," argue three researchers in a smart op-ed in the Washington Post. "If we know who is infected, who is not and who has recovered, we could greatly relax social isolation requirements and send both the uninfected and the recovered back to work." Medical professors Anthony LaMantia and Gordon Douglas along with environmental policy researcher Tim Searchinger note that either locking down the country for months until a vaccine is developed or a strategy of alternating between intermittent periods of isolation and normalcy are both economically untenable. The latter risks igniting a larger epidemic that crashes our health care system at a later date.

By massively scaling up two types of tests—PCR tests that detect the active presence of virus and serology tests that detect immune system responses to being infected by the virus—population screening could identify those who are currently infected and those who have recovered and are likely not to pass along the virus to others. Those who are currently infected could be isolated and their contacts traced so that they could quarantine themselves. Frequent large-scale testing of the uninfected would also help keep the epidemic in check by enabling them to withdraw if they subsequently contract the virus for a period of self-isolation in a timely fashion. Frontline health care providers and especially hard-hit regions should be given first priority as the testing regime begins its rapid expansion.

Those who had recovered from infection (possibly numbering ten times more than those whose symptoms drive them to seek out medical care) could help on the frontlines of the fight against COVID-19, return to work, and enjoy the pleasures of social life, e.g., dining out, meeting friends at bars, traveling, and attending performances at entertainment venues. "To make this strategy work, governments would need to involve employers, social organizations, schools and large retailers to conduct tests and provide time-stamped certifications," propose the three researchers.

To ramp up both kinds of testing, the researchers urge that every laboratory capable of running PCR tests be pressed into service recruiting technicians, graduate students, and scientists to run the machines. Even better, Mesa Biotech just announced today that it has received Emergency Use Authorization from the Food and Drug Administration (FDA) to roll out its point-of-use 30-minute PCR test for the virus. Other companies should be encouraged to provide such tests.

As I also argued last week, the researchers argue that widespread deployment of serology tests for the presence of antibodies to coronavirus needs to be prioritized. This would identify people who had recovered and could safely go back to life outside of lockdown. Over at the Wall Street Journal, the perspicacious former FDA commissioner Scott Gottlieb also recommends massively scaling up serological surveillance. When population screening reveals that "a sizable portion of a local community has some protection, authorities can be more confident in relying on less invasive measures. Once deployed, serological tests are cheap, straightforward, and easy to scale."

Several companies have already developed such tests. For example, North Carolina-based BioMedomics' Chinese sister company has already sold 500,000 of its rapid serology tests in China and the test is widely available in Europe. These companies are still awaiting FDA approval for use in the U.S.

The three researchers in their Washington Post op-ed argue that the federal government should assume whatever expenses are necessary to fund a massive mobilization to enable hundreds of millions of Americans to be tested. It's going to be a while before a semblance of normal life can be restored, but testing everybody is a big step on the path to that goal.