The new plan seeks to help an economy decimated by the coronavirus. 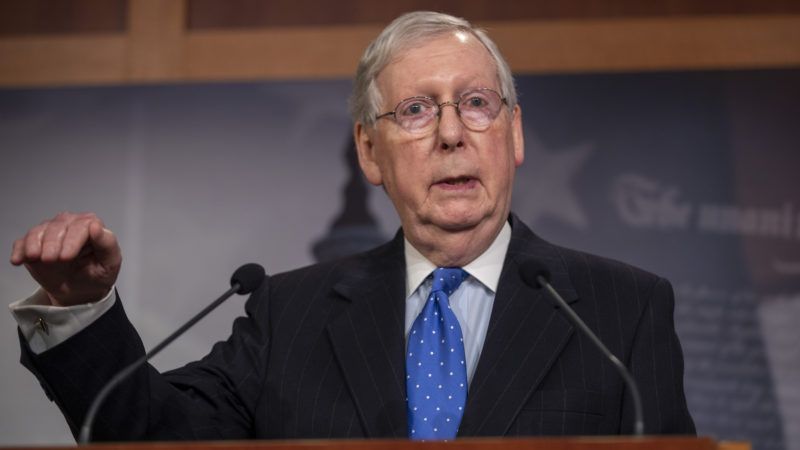 Republicans on Thursday released a new draft of the $1 trillion coronavirus stimulus that limits the proposed payments made directly to Americans but keeps loans and bailouts for both small and big businesses.

The new plan carves out $300 billion in loans for the former, many of which have been decimated by the government-mandated self-isolation put in place to stem the spread of COVID-19. Up to $10 million in loans would be available for each individual small business.

Also allotted in the package are $208 billion in loans and bailouts for "severely distressed sectors of the United States economy," with $50 billion set aside for passenger airline carriers, $8 billion reserved for cargo air carriers, and $150 billion up for grabs for "other eligible businesses." While the language there is vague, it likely refers to the hotel and casino industry, which President Donald Trump previously said he wanted to assist.

Several modifications have been made to the Tax Cuts and Jobs Act, and airline excise taxes would also be lifted under the plan. Airline executives would be limited in what they can collect in compensation, and those companies would be required to continue service. The last stipulation may generate some pushback: Many small businesses, such as bars and restaurants, have been forced to close their doors or severely limit service as a result of government mandates, which is the reasoning employed by some lawmakers in bailing them out. Instructing airlines to do the opposite sends a confusing message that may complicate efforts to curb the infection rate.

Wednesday's version of the stimulus proposed sending Americans a check akin to a Universal Basic Income. Today's iteration further specifies that the "recovery rebates" would be limited to individuals who make less than $99,000 a year, tiered on family size, based on 2018's tax return. Each person would receive $1,200 and an additional $500 per child, with the total amount gradually decreasing for those who make $75,000 and above. The plan also curtails the paid leave that a smaller aid package enshrined into law yesterday.