Did This Louisiana Deputy Try To Plant Drugs During an Arrest? 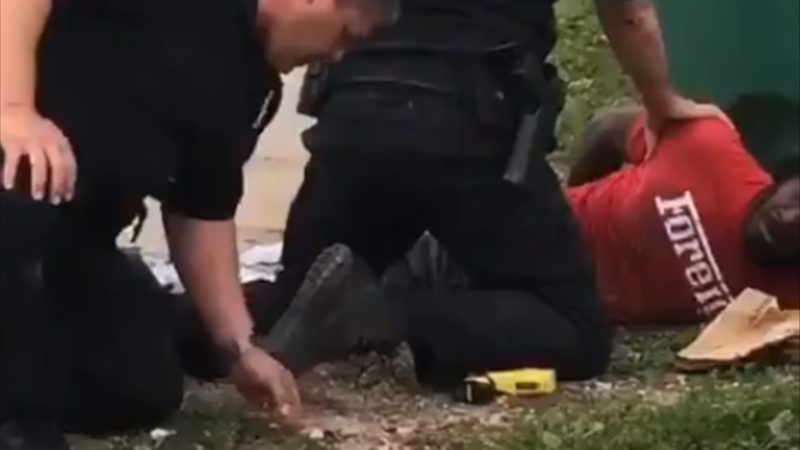 A short video that appears to show a Louisiana deputy planting evidence in the middle of an arrest has blown up on social media after being shared by people who see it as a demonstration of outrageous police misconduct. The Jefferson Parish Sheriff's Office (JPSO) says that narrative is misleading.

A video shows JPSO deputies arresting a black man. While the man is handcuffed and being held down by a deputy, another takes a small bag and gently tosses it to the ground. The crowd witnessing the arrest makes it known that the interaction is being recorded. The deputy picks the bag up, faces the camera, and the person recording is encouraged to run away.

THIS IS WHATS GOING ON IN OUR NEIGHBORHOOD! JP PUTTING DRUGS ON PPL!!! pic.twitter.com/KHZMGFKWXB

Based on the replies to the video, viewers concluded that the deputy was attempting to plant fake evidence.

JPSO confirmed in a statement that it received a call about a man selling drugs in the area. The man in the video fit the description provided to law enforcement. After acknowledging the evidence-planting claim, the sheriff's office said the deputy "gave reasonable explanations to the actions depicted in the video." The suspected evidence initially tested negative for narcotics and the man was not booked on narcotics charges. He was, however, charged with battery and resisting arrest after reportedly biting a deputy.

In a follow-up statement in light of "false information," JPSO said the on-scene deputies maintained that the bag placed on the ground was initially removed from the man's pants pocket. A search warrant uncovered messages related to drug sales. The updated statement also added that further testing by the crime laboratory positively identified the substance in the video as methamphetamine.

Reason reached out to the JPSO to clarify and was referred back to the statements, which are also available on Facebook.

One reason Twitter and Facebook users may have been quick to accuse law enforcement of malfeasance is that there is a clear and well-documented pattern of such misbehavior around the nation; officers have been caught engaging in shady behavior more than once. Baltimore prosecutors dropped 34 cases after an officer recorded himself planting drugs at a crime scene. A Los Angeles officer also recorded himself placing a bag of cocaine in a wallet during an arrest. Just this week, The Intercept reported on a New York police officer recording himself planting marijuana during a traffic stop. It was his second offense.