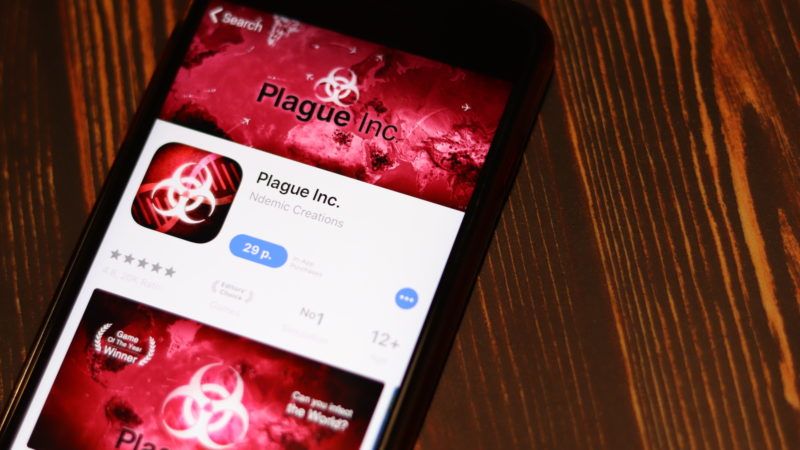 The Chinese government has ordered Steam and the App Store to remove Plague Inc., a popular video game that simulates global pandemics.

The country's Cyberspace Administration issued the order on the vague grounds that the game includes "illegal content." Ndemic Creations, the game's developer, has released a statement saying that it's still trying to contact the Cyberspace Administration to determine the exact reason for the ban; the company isn't sure whether players' ability to simulate the coronavirus outbreak had something to do with it.

Ndemic describes Plague Inc. as an "intelligent and sophisticated simulation that encourages players to think and learn more about serious public health issues." While the game can be a realistic educational tool, the company stressed that it should not be used as a means to obtain safety information about COVID-19.

Chinese citizens, particularly the younger generation, have been playing Plague Inc. to gain a better understanding of how the virus spreads. At the very least, it gives those who are quarantined or confined in their homes because of COVID-19 something to do.

But Chinese regulators want people to get information about the virus from the government, and apparently only the government. The authorities have censored dissenting opinions about the topic, and there have been serious repercussions for criticism of how the country is responding to the outbreak. Vice reports that last month agents from China's Ministry of State Security detained a man who had criticized the regime's response on Twitter. He was reportedly told that 10 others had been arrested that week for sharing online content about the virus.

China's State Administration of Press and Publication (SAPP) has tightened regulations on the gaming industry for the past two months. Any online game commercially released in China must have a legal license. Apple's App Store, which so far has circumvented the approval process, is set to begin enforcing the SAPP rules in July.

Now a different virus simulation has taken Plague Inc.'s place in the App Store: Virus Antidote: Pandemic Doom. It's a Russian-developed copycat that assigns users the task of developing a cure for the epidemic. Players consider it a knockoff, and have flooded it with one-star reviews.