Peter Suderman | From the April 2020 issue 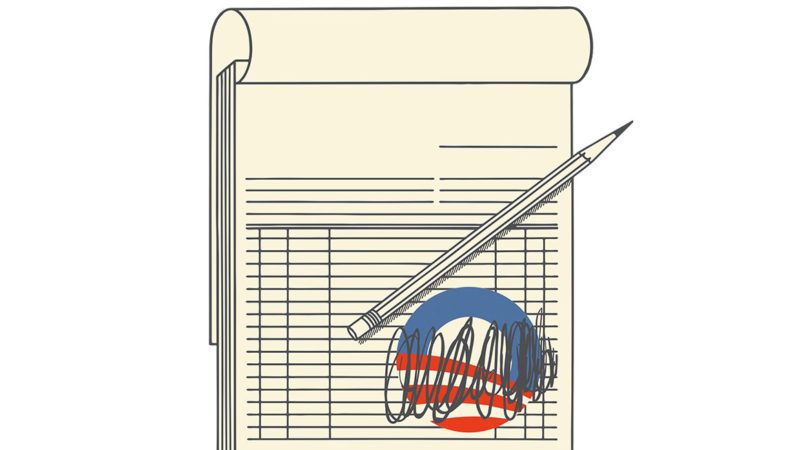 At the end of 2019, Congress repealed three significant tax components of the Affordable Care Act, a.k.a. Obamacare. Each of them had been included in the initial legislation to raise the revenue required to pay for the new spending the law called for.

The repeal of these taxes was predictable. Implementation of the Cadillac tax had already been delayed, thanks to pressure from unions, among others, who worried that it would hit their high-priced health benefits. The health insurance and medical device taxes both faced opposition from the industries for which they were named.

What's the problem with the repeal of a bunch of taxes no one ever really liked? That's probably what the lawmakers who voted to end the taxes were thinking too. The main effect will be to increase the deficit by a little more than $373 billion over the next decade—and, in the process, to further weaken a central argument made by supporters of the legislation.

Obamacare was passed on a promise that it would be deficit-neutral or even reduce the deficit slightly. The Congressional Budget Office estimated that the law would reduce the deficit during its first decade, provided that all of its provisions were enacted as the statute called for. As The New York Times noted last summer, the Cadillac tax "was expected to be a key cost-containment provision in President Barack Obama's signature health law and one of the main ways it was supposed to pay for itself."

There are obvious lessons here about what we might expect from various plans to "pay for" Medicare for All now being touted by various Democratic presidential hopefuls. If nothing else, this episode is a reminder of how Washington works: First, Congress passes a law setting up an expensive new program along with (if we're lucky) a system to pay for it. Years later, amid a bipartisan spending binge, those taxes are repealed while the rest of the program remains on the books. The public barely notices, and the lawmakers involved shrug and move on.

The result is legislation that is fiscally ruinous, but also more popular than it would be if taxpayers were actually made to foot the bill.