California's Gig Economy Is Under Attack

"Companies can simply blacklist California writers and work with writers in other states, and that's exactly what's happening."

Billy Binion | From the April 2020 issue 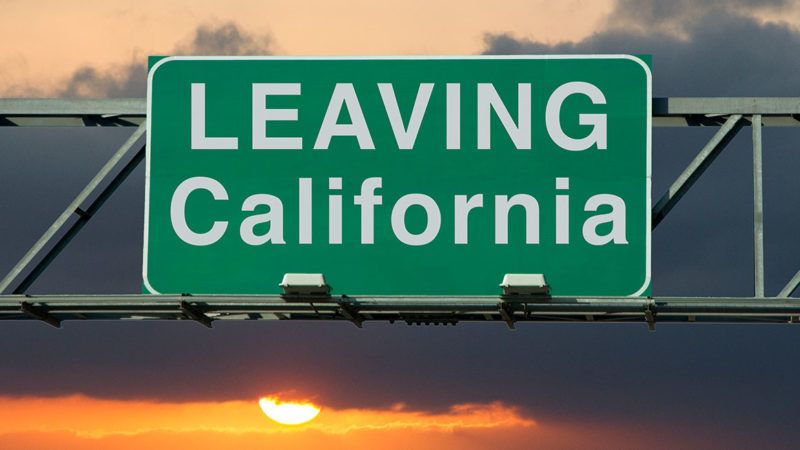 A new California law intended to force employers to hire workers as employees rather than treat them as contractors is killing freelance jobs across the Golden State and leaving those contractors in limbo.

Assembly Bill 5 (A.B. 5), which took effect January 1, was drafted in response to Dynamex Operations West Inc. v. Superior Court of Los Angeles, a landmark court case that established a three-pronged test to determine whether companies are correctly classifying employees and contractors. That test says that contractors must control their workload, not perform work within the business's primary scope of operations, and be "customarily engaged" in the occupation.

Under the law, ride-share companies such as Uber and Lyft will have to reclassify their hundreds of thousands of California drivers as employees, pay them the legal minimum wage, and provide them with health care, paid time off, reimbursement for expenses, and other benefits.

"California is home to more millionaires and billionaires than anywhere else in the United States. But we also have the highest poverty rate in the country," Assemblywoman Lorena Gonzalez (D–San Diego), the architect of the law, wrote in a Washington Post op-ed last year. "One contributing factor is we have allowed a great many companies—including 'gig' companies such as Uber, Lyft, DoorDash, Handy and others—to rely on a contract workforce, which enables them to skirt labor laws, exploit working people and leave taxpayers holding the bag."

Experts in the ride-sharing industry estimate that labor costs will rise by 20–30 percent. As of now, Uber and Lyft are refusing to comply, in hopes that pending litigation or a potential November ballot measure may preserve their existing business model. If that fails, they would likely be forced to begin scheduling workers in shifts, limiting employee hours, and otherwise stripping driver jobs of the flexibility that made app-based work so alluring to begin with. Perhaps more dire is that the legislation will put people out of work: About 6,461 Lyft drivers in Gonzalez's district alone would lose their jobs, according to a study the company commissioned from the consulting firm Beacon Economics LLC.

That's a dramatic change for a business model that was built on allowing workers to set their own hours and simultaneously contract for competing companies. Uber's door is currently wide open, so long as you are 21, have a driver's license, and own a decent car. That accessibility to the job market has been a game changer for vulnerable populations. In Manhattan, for instance, first-generation immigrants who speak English as a second language make up 90 percent of app-based drivers, according to the New York City Taxi and Limousine Commission.

While A.B. 5 primarily targets gig economy behemoths like Uber, it also affects numerous other industries. It is now illegal for many types of freelancers to create more than 35 pieces of content in a year for a single company unless the company hires them as an employee. According to a new lawsuit against the state of California, many creative contractors say the limit has already wrought havoc on their livelihoods.

"By enforcing the 35-submission limit, Defendant, acting under color of state law, unconstitutionally deprives Plaintiffs' members of their freedom of speech as protected by the First and Fourteenth Amendments to the U.S. Constitution," states a suit filed by the Pacific Legal Foundation on behalf of the American Society of Journalists and Authors and the National Press Photographers Association.

In December, Vox Media announced it would not renew the contracts of around 200 California-based journalists who write for the sports website SB Nation, instead replacing those contractors with 20 part-time and full-time employees. Rev, which provides transcription services, and Scripted, which connects freelance copywriters with clients, similarly notified their California contractors that they would no longer give them work.

"Companies can simply blacklist California writers and work with writers in other states, and that's exactly what's happening," Alisha Grauso, a co-leader of California Freelance Writers United (CAFWU), says. "I don't blame them."

Gonzalez, the bill's sponsor, responded to such complaints by tweeting, "These were never good jobs. No one has ever suggested that, even freelancers."

But freelancers beg to differ. "I've been able to earn nearly three times the amount I did working a day job, doing what I absolutely love, and having more [time] to volunteer and spend time with loved ones," tweeted Jackie Lam, a financial journalist. Kelly Butler, a copywriter, echoed those sentiments: "Thousands of CA female freelancer writers, single moms, minorities, stand to lose their livelihood due to this bill," she tweeted. "I was told by a client because I live in CA they can't use me. I made $20K from them this year."

Grauso says CAFWU—the group fighting against A.B. 5— is composed primarily of the people that Gonzalez claimed her bill would help. Its membership is 72.3 percent women, which Grauso says is no coincidence. "The reality is it still falls primarily on women to be the caretakers and caregivers of their families, and freelancing allows women to be stay-at-home mothers or to care for an aging parent," she notes. "Being made employees kills their flexibility and ability to be home when needed. I cannot stress enough how anti-women this bill is."

The 35-piece-per-company limit comes out to less than one piece per week. That means anyone who writes a weekly column, for instance, is likely out of a job unless her publisher hires her as an employee. The law also penalizes freelancers who create content in nontraditional formats, such as blog posts, transcriptions, and listicles—the latter of which are often requested in bulk and take only "about 20 minutes to compile," according to freelance journalist and brand strategist Vanessa McGrady.

According to The Hollywood Reporter, Gonzalez initially set the annual limit at 26 pieces but later changed it to 35 after a backlash. "Was it a little arbitrary? Yeah," Gonzalez admitted to the Reporter. "Writing bills with numbers like that are a little bit arbitrary."

In December, the assemblywoman tweeted that unemployment trending down is "useless" because "people have to work 2-3 jobs or a side hustle" to make ends meet. According to the most recent Census data, only 8.3 percent of American workers have more than one job. But freelancers "shouldn't fucking have to" work multiple jobs, Gonzalez told a detractor on Twitter. "And until you or anyone else that wants to bitch about AB5 puts out cognizant policy proposals to curb this chaos, you can keep your criticism anonymous."

Fortunately, critics did not stay quiet, and on February 7,  Gonzalez announced on Twitter that "based on dozens of meetings with freelance journalists & photographers," she was moving to "cut out the 35 submission cap." There was no indication as of press time that ride-share drivers could expect a similar reprieve.