Neither Terry Rolin or his daughter were ever charged with a crime, but that didn't stop the DEA from trying to seize more than $82,000 from them through civil asset forfeiture. 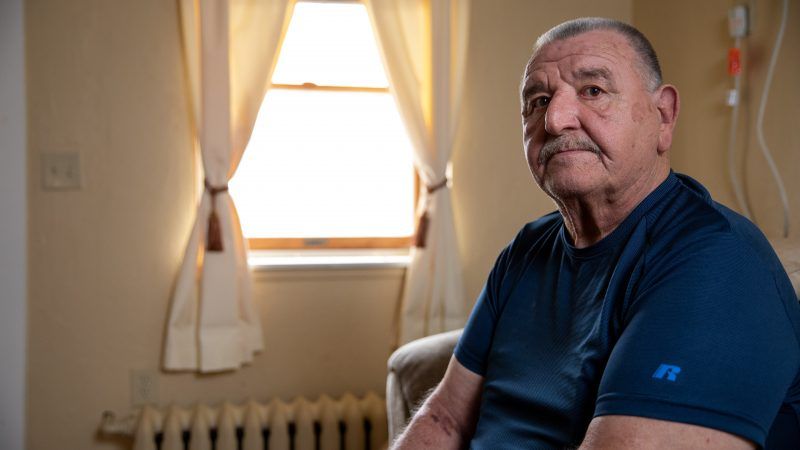 The Drug Enforcement Administration (DEA) will return more than $82,000 that it seized from an elderly Pittsburgh man and his daughter after a federal class-action lawsuit was filed on their behalf last month.

The Institute for Justice, the libertarian-leaning public interest law firm that filed the lawsuit, announced today that the DEA will return $82,373 that it seized from Rebecca Brown six months ago at a Pittsburgh airport. The money was the life savings of her father, Terry Rolin, a 79-year-old retired railroad engineer. She says she intended to deposit the money in a bank but ran out of time before her flight.

According to Brown, a DEA agent met her at her gate and grilled her about the money. Brown told The Washington Post that the agent demanded she put her confused father on the phone, and, when their stories didn't exactly match, the agent seized the cash.

"I'm grateful that my father's life savings will soon be returned, but the money never should have been taken in the first place. I can't believe they're not even offering an apology for the stress and pain they caused for my family," Brown said in a press release today. "Without this money, my father was forced to put off necessary dental work—causing him serious pain for several months—and could not make critical repairs to his truck."

In cases like Rolin's, the DEA seizes cash using civil asset forfeiture, a practice that allows police to seize cash and property suspected of being connected to criminal activity, even if the owner is not charged with a crime.

After the seizure, the DEA notified Brown that it was seeking to permanently forfeit Rolin's life savings. Neither Rolin or Brown were charged with a crime.

Law enforcement groups say civil asset forfeiture is a vital tool to disrupt organized drug trafficking by targeting its illicit revenues. However civil liberties groups say there are too few protections for innocent owners and too many perverse profit incentives for police. More than half of all U.S. states have passed some form of asset forfeiture reform because of these concerns, but it is less constrained at the federal level.

Although it is legal to fly domestically with large amounts of undeclared cash, the Institute for Justice lawsuit claims the DEA has a practice or policy of seizing currency from travelers at U.S. airports without probable cause simply if the dollar amount is greater than $5,000. This practice, the suit argues, violates travelers' Fourth Amendment rights.

"We are glad that Terry will get his money back, but it is shameful that it takes a lawsuit and an international outcry for the federal government to do the right thing," said Institute for Justice senior attorney Dan Alban. "We know that this routinely happens to other travelers at airports across the United States."

In 2016, a USA Today investigation found the DEA seized more than $209 million from at least 5,200 travelers in 15 major airports over the previous decade.

A 2017 report by the Justice Department Office of Inspector General found that the DEA seized more than $4 billion in cash from people suspected of drug activity over the previous decade, but $3.2 billion of those seizures were never connected to any criminal charges.

The report reviewed 100 cash seizures and found that only 44 of those were connected to or advanced a criminal investigation. The majority of seizures occurred in airports, train stations, and bus terminals, where the DEA regularly snoops on travel records and maintains a network of travel industry employees who act as confidential informants.

That warning has not been heeded, and Brown and the Institute for Justice plan to continue pursuing their lawsuit.

"The government shouldn't be able to take money for no reason, hang on to it for months, and then give it back like nothing happened, which is why the lawsuit we filed will continue," Brown said. "No one should be forced to go through this nightmare."