Apparently, conservatives believe in states' rights, except when they don't. 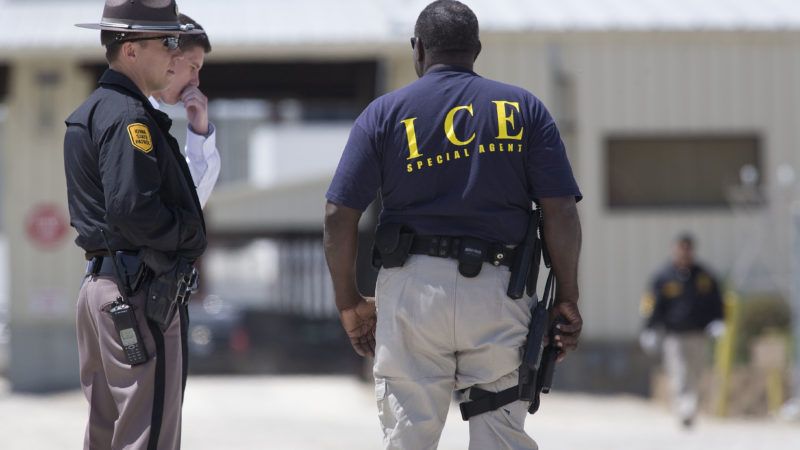 The Trump administration is continuing its fight against those sanctuary cities in California and elsewhere that refuse to cooperate with federal immigration authorities who seek to deport illegal immigrants. The term is vague, and policies vary, but these localities won't hand over these immigrants for deportation if they've been detained for low-level crimes.

The president blasted these places in his State of the Union address, and has supported various policies from withholding federal funds to allowing crime victims to sue jurisdictions that release illegal immigrants who later commit a crime. The former was halted by the courts and the latter is a proposal that is unlikely to pass the Democratic-controlled House.

The latest: The administration is sending SWAT-like teams of ICE (Immigration and Customs Enforcement) agents to cities including San Francisco, Boston and New Orleans to seek out illegal immigrants. Their argument is that if cities won't cooperate with deportations, then the federal government has little choice but to take a heavy-handed approach.

Local officials have pushed back. "We are not any safer if an entire segment of our population is afraid to report crimes to local law enforcement," noted Los Angeles County Sheriff Alex Villanueva. As with all of these anti-illegal-immigration policies, the public gets to watch legislatures, bureaucrats and courts sort through this disputatious mess.

My Republican friends mostly want the feds to operate freely within the states, which turns a classic conservative principle on its head. The Right traditionally favored states' rights, as embodied in the Constitution's 10th amendment: "The powers not delegated to the United States by the Constitution, nor prohibited by it to the States, are reserved to the States respectively, or to the people."

Yes, I know immigration law is a federal prerogative, but it's more complicated than it seems. States have every right to place limits on the behavior of authorities under their command.  California, for instance, has passed three major—and constitutionally acceptable—laws that restrict local governments and private employers from cooperating with ICE.

We don't want a dictator or a national government that simply imposes its will on us. We're supposed to be a self-governing people, who elect our own representatives. They govern—for good or ill, and mostly for ill in California—and within their lanes of authority. As a rule of thumb, states may govern as they choose unless they choose to intrude on our constitutional rights by, say, banning guns, restricting free speech or, as the Southern states had done, depriving an entire group of its civil rights.

In other words, California and its cities have every reason to limit the ability of the feds to round up people who are living (even illegally) within our state's boundaries. I like the concept of sanctuary cities, for reasons that the L.A. sheriff noted in his statement, even if I think some cities, such as San Francisco, go too far and put ideology ahead of public safety. But, as a matter of principle, it's a good thing—and a longstanding American tradition—when states resist federal intrusion.

I also believe ICE has the right to conduct its latest deployment under the doctrine of federalism. Nevertheless, it's a wrongheaded policy that undermines other American notions of liberty. In a free society, people shouldn't have to show their papers, submit to searches without a warrant, or fear having SWAT teams conduct no-knock raids. I'm much less worried about the presence of illegal immigrants than the presence of virtual standing armies.

"This War on Immigration isn't just swallowing up the liberties of immigrants," wrote Shikha Dalmia in a 2018 Reason article, "but also of … red-blooded Americans. Arizona … has created criminal squads to raid employers suspected of having undocumented workers in their employ." She noted that "border-town residents are forced to go through porter patrol checkpoints just to take their kids to the dentist."

I've seen similar actions in California. Do we want to live in this kind of society? Last week, I was shortly detained by police because I was taking photographs of a public structure from a public access road. It wasn't a big deal, but it bothered me that I was "asked" by an officer to show him my photographs.

I'm tired of the surveillance cameras, militarized police forces, checkpoints and all the other police-state nonsense that forces us to behave like sheep rather than free citizens. I'd love to live in a city that provided real sanctuary from endless government intrusions, whether they are imposed by local, state or federal governments.