They call it a "hate crime against Asian students and scholars." 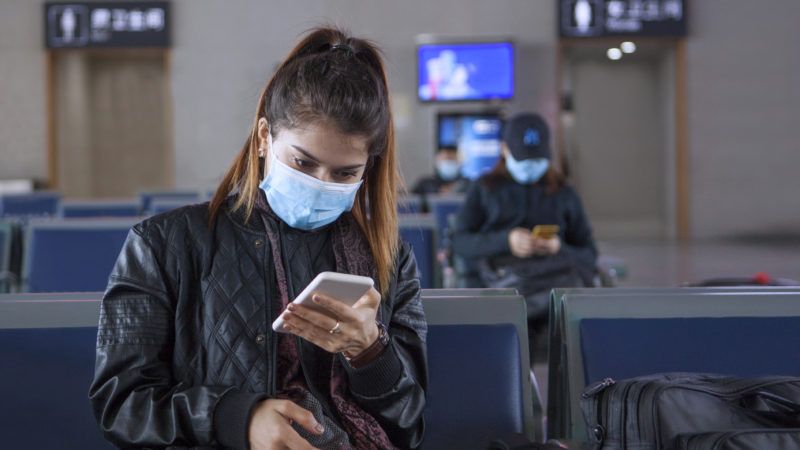 Some students at the State University of New York at Albany (SUNY-Albany) posted a video on Instagram that advertised a "coronavirus" themed party, complete with corona-beer-filled ice buckets and attendees in surgical masks. The video was subsequently deleted.

Tacky and insensitive? Sure. A reason for the administration to intervene? No.

Nevertheless, some other students have demanded that the university punish this "hate crime against Asian students and scholars." Since the coronavirus originated in Asia and has so far mostly affected Asian people, the party is presumed to spread negative stereotypes about Asian people.

The Asian American Alliance at SUNY-Albany also called on the administration to investigate the students who posted the video and make them apologize.

In a statement, the administration described the party as "distasteful and hurtful." The university also announced an investigation, and noted that any students who violated the university's code of conduct will be punished.

But there's nothing to investigate, sanction, or punish. SUNY-Albany is a public university, and as such, its students have the right throw dumb theme parties. Their expression is protected by the First Amendment, and the administration cannot take action against them, even if other students are offended by it.

"The act of hosting a party with a theme is itself expressive, and the First Amendment generally does not permit state actors—such as public universities—to make distinctions between whether expression is offensive or inoffensive," wrote Adam Steinbaugh of the Foundation for Individual Rights in Education. "That's why public officials, including those at public universities, cannot ban flag burning, drag shows, culturally appropriative Halloween costumes, and other expressive events that offend many other students, like an 'ugly women' contest."

Topical theme parties on campuses often offend one group or another. The offended are entitled to feel that way, and to speak up about it. But they aren't supposed to weaponize those feelings through the university's disciplinary process.