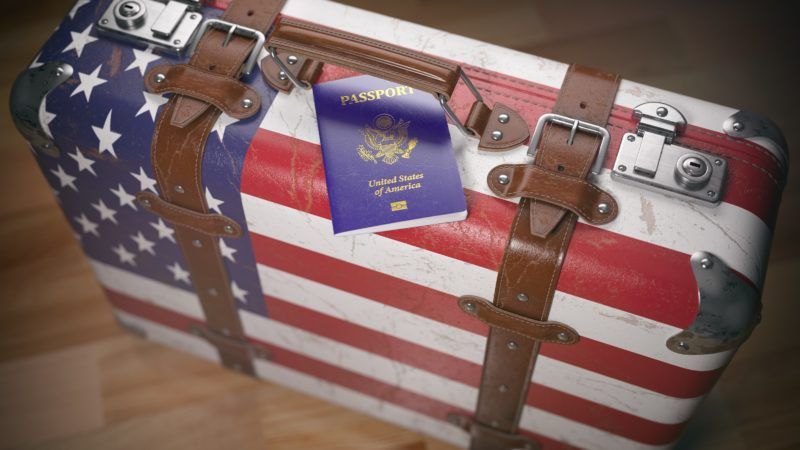 New legislation in the U.S. House of Representatives would create a gender-neutral option for U.S. passports. The bill, H.R. 5962, would "require the inclusion of a gender neutral designation in a passport, passport card, or Consular Report of Birth Abroad."

If the legislation passes, "the Secretary of State shall, not later than one year after the date of the enactment of this section… permit an applicant for a passport, passport card, or Consular Report of Birth Abroad … to use an "unspecified" (X) gender designation."

The option would be available to any applicant, regardless of the sex listed on their birth certificate, their gender presentation, or other qualifying conditions. No one could be forced to mark "unspecified" as their gender, even if the applicant "has one or more identity documents bearing a sex or gender designation other than male (M) or female (F)."

The bill was introduced by Rep. Ro Khanna (D–Calif.). "Respecting every American's gender must extend to travel abroad," he said in a statement. "The freedom to move and express yourself no matter what should be guaranteed in this country."

A growing number of U.S. states have been allowing or at least considering the option of allowing a gender-neutral driver's license designation. And the U.S. wouldn't be the first nation to do the same for international travel documents.

"By requiring the State Department to offer passport applicants a third gender marker option, the U.S. will join 10 other countries that already issue passports with this option," said Rep. Pramila Jayapal (D–Wash.).

Australia, Canada, Denmark, Germany, Malta, New Zealand, the Netherlands, and Pakistan all offer the option to list "X" for gender, in addition to male and female options; in Nepal, people can choose "O," for other. India also recognizes a third gender on passports.

"As the proud mother of a non-binary child, I have seen from a deeply personal perspective the freedom that comes from being fully and authentically yourself," Jayapal said in a statement. "Unfortunately, too many of our institutions do not recognize those who do not fit within the gender binary, leaving them feeling erased and unsafe."

It's not just transgender people or those identifying as non-binary who can benefit from changes like these, though. Plenty of people whose gender identity matches their biological sex still fail to conform to expectations about gender presentation (i.e., they look more masculine or feminine than some people think they should), and they wind up penalized by policies that put public officials in charge of policing such things.

There's a purely libertarian plus to this, too: it gives government officials and other ID-checkers no more personal data than is necessary. On documents like passports and driver's licenses—where pictures, identifying physical details, and barcodes, etc., are enough to establish identity—there's simply no reason why one's sex or gender must also be listed.

Heath Fogg Davis, an associate professor of political science at Temple University, elaborated on this theme in his 2017 book Beyond Trans: Does Gender Matter? The book makes a convincing case that all of us "would be better off in a society with dramatically fewer sex-classification policies."