This was supposed to be the electable alternative? 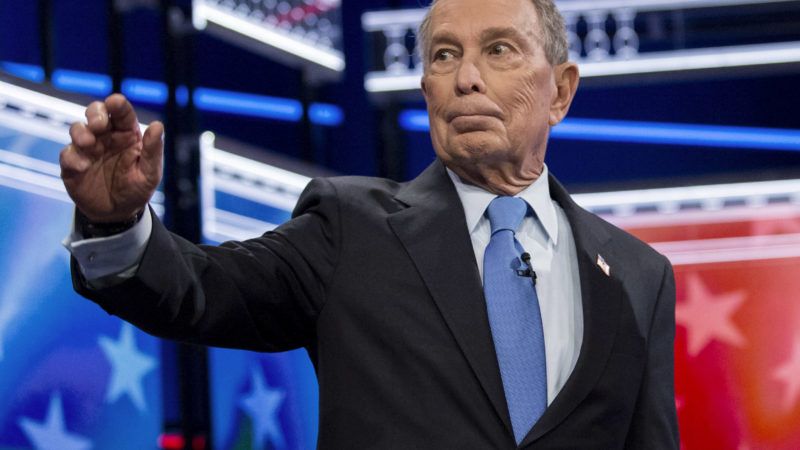 "I'd like to talk about who we're running against: a billionaire who calls women fat broads and horse-faced lesbians," said Sen. Elizabeth Warren (D–Mass.) in her opening remarks during Wednesday night's debate. "And no, I'm not talking about Donald Trump. I'm talking about Mayor Bloomberg."

After the former mayor lamely defended his record by noting that his company had been voted the second-best place to work in America, Warren delivered the knock-out blow.

"I hope you heard what his defense was," she said. "I've been nice to some women."

When Warren and Biden pressed Bloomberg on whether he would release former employees who had complained about sexism in the workplace from their non-disclosure agreements, he flatly refused. (Bloomberg: "None of them accused me of doing anything other than they didn't like a joke I told.") The entire exchange is worth watching:

Warren is already successfully fundraising off the exchange. If the argument for Bloomberg's candidacy is that he's more electable than Sanders and Warren—and more energetic than Biden—then that argument has suffered a significant setback. Maybe a fatal one.