The former Massachusetts governor and 2016 Libertarian V.P. candidate gets just 9 percent in his own back yard, will continue to Super Tuesday. 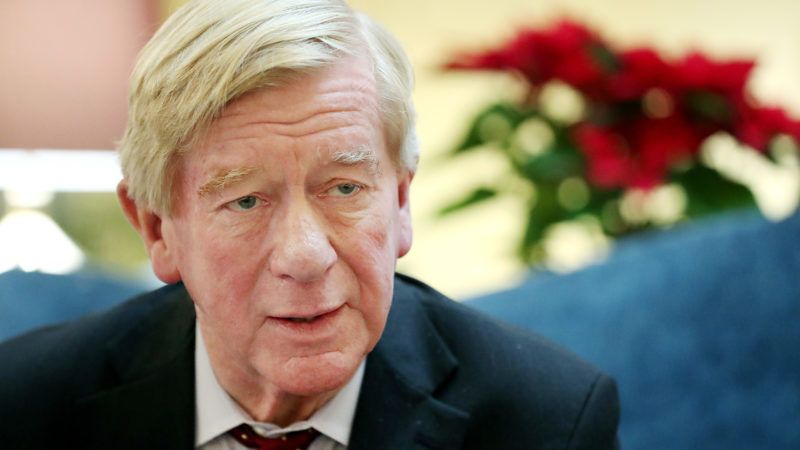 Bill Weld lives in nearby Boston, maintains a fishing cabin in the Keene-adjacent community of Gilsum, and has been telling people for 12 months that the past five incumbent presidents who failed to win two-thirds of their party's primary vote in New Hampshire also failed to secure a second term. And on Tuesday night President Donald Trump blew him out of the water. With 85 percent of the vote counted in the Republican primary, Trump leads Weld 86 percent to 9 percent.

And yet the twice-elected former governor of Massachusetts and 2016 Libertarian Party vice presidential nominee still has more reason for optimism than he had after last week's Iowa caucus, and he is vowing to compete at least until Super Tuesday on March 3.

Nine percent is brutal, but it's still a helluva lot better than 1 percent, which is what Weld received in the Iowa caucus—a largely social affair, as opposed to Tuesday's secret ballot. (Weld did receive one delegate in Iowa somehow.) And the 14-state Super Tuesday extravaganza will feature such potentially friendly grounds as California and Weld's own Massachusetts.

While Democrats move on to Nevada on February 22 then South Carolina on February 29, the GOP in those states, under pressure from the Trump campaign, has preemptively cancelled those elections. Despite a presidency-high approval rating of 94 percent among Republicans and a fourth-quarter fundraising advantage of $154 million to $400,000, the president has been systematically preventing internal opposition from even forming.

Former South Carolina governor and congressman Mark Sanford gave up his two-month primary challenge in November, lamenting that "impeachment has made my goal of making the debt, deficit and spending issue a part of this presidential debate impossible right now." Onetime Tea Party congressman and former talk show host Joe Walsh dropped out last Friday, complaining that "the party has become a cult….Donald Trump is a dictator, he's a king. He literally is the greatest threat to this country right now. Any Democrat would be better than Trump in the White House."

Weld is not ready to go that far just yet, telling The Boston Globe Tuesday that he'd back a centrist Democrat but not New Hampshire Democratic primary winner Sen. Bernie Sanders (I–Vt.)—if Sanders takes the nomination, Weld will support the Libertarian Party's candidate. In a typically bemused and ideologically promiscuous Boston Magazine interview released this week, Weld said, among very many other things, "If Mike Bloomberg had chosen to run as a Republican, I would have stepped aside for him."

To the extent that anyone is paying attention, the main GOP primary question heading into Super Tuesday is: Which early-state caucus is more representative of Weld support, Iowa or New Hampshire?

The difference is not negligible. On Tuesday Weld received more than 14,000 votes, or more than five times the 2016 margin between Hillary Clinton and Donald Trump in New Hampshire. If a significant portion of Weld's supporters are NeverTrumpers, then it doesn't take long for even his lopsided losses to include more voters than the 2016 margins of several states.

What is this latest version of Weld campaigning on? Aside from Trump's impeachable unfitness for office, his main issue set (as quoted by Boston Magazine) is "the trillion-dollar deficit," "climate change," and "poverty and income inequality."

As for the president: During Trump's post-impeachment victory lap last week, he called Weld and Joe Walsh "non-people." We shall see March 3 how much Republicans agree with that assessment.