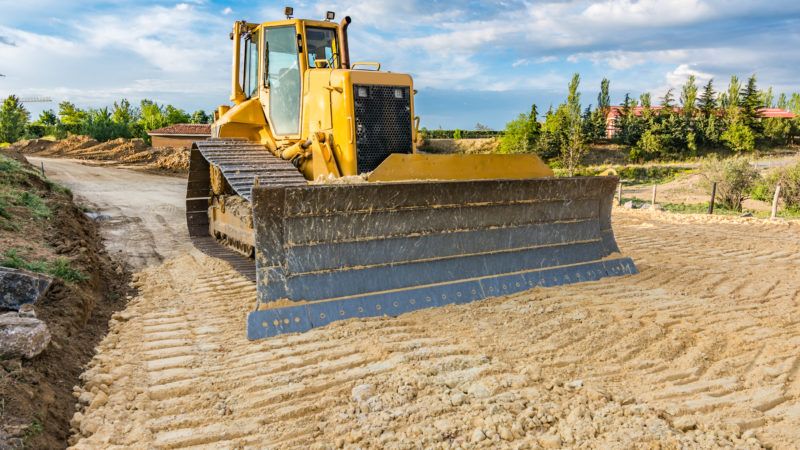 Today, House Democrats released a new $760 billion infrastructure proposal that is heavy on funding ideas, but light on funding sources.

"Our country has changed dramatically since the 1950s, yet people and goods are now literally stuck trying to move on transportation networks first developed nearly 70 years ago," said Rep. Peter DeFazio (D–Ore.), who chairs the House Transportation and Infrastructure Committee, in a press release. "It's past time for transformational investments to make our infrastructure smarter, safer, and resilient to climate change."

On balance, the proposal is not as bad as some free marketers might have feared, says Baruch Feigenbaum, a transportation policy analyst for the Reason Foundation, which publishes Reason.

Feigenbaum praised the proposal's embrace of a "fix-it-first" approach to highways, which would prioritize maintenance spending on the nation's roads, bridges, and tunnels over new construction, and its promise to streamline the application process for some federal grant programs. The proposal's call for a pilot program to test out a per-mile user fee, which could one day replace the increasingly antiquated gas tax, is also promising, he says.

The positive policy proposals were undercut by the absence of funding details. "There are some good ideas, but without funding, it's not going anywhere. It's probably more of a political document than a real transportation document," Feigenbaum says.

The Democrats' Moving Forward Framework calls for spending $434 billion on highways and public transportation over the next five years. Congressional authorization for the current road and transit programs expires at the end of 2020. The plan released today suggests that some means of paying for infrastructure repairs and expansions could be curtailed. It calls for "tighter standards around tolling and congestion pricing."

In addition to the highway and transit portions, the House Democrats' proposal calls for $55 billion in order to expand passenger rail service. That includes worrisome language about building "higher-speed passenger rail corridors" and continuing to subsidize Amtrak's money-losing long-distance routes.

Airports would get another $30 billion in funding under today's proposal, which also calls for raising the cap on Passenger Facility Charges (PFC) and indexing them to inflation. (PFCs are an airport-imposed fee on passengers that funds the construction of airport terminals.)

Current federal law caps PFCs at $4.50 per passenger for each flight they take. An unusual duo of Rep. Thomas Massie (R–Ky.) and Rep. Earl Blumenauer (D–Ore.) introduced stand-alone legislation that would lift the federal cap on PFCs in July 2019.

Massie told Reason at the time that lifting the federal cap on PFCs would allow airports to fund more gates and terminal space "without raising taxes and not having the federal government make local decisions." That the idea was included in the Moving Forward Framework suggests its bipartisan appeal is growing.

There are also more partisan line-items in House Democrats' infrastructure proposal, including a lot of things that really stretch the definition of infrastructure.

Some $80 billion of the proposal would be devoted to expanding the country's high-speed broadband network. On top of that, Democrats are calling for spending nearly $60 billion on "clean water and clean energy" priorities, including more subsidies to electric cars and renewable energy technologies.

Feigenbaum says a lot of these policy proposals are intended for constituents who will be heading to the polls in November, saying it is "more of an election year political document than an actual policy proposal."

It's also something of a missed opportunity to identify priorities for a federal transportation policy that's been listless and unfocused since the completion of the interstate system in the 1990s. "This document doesn't really have a focus," Feigenbaum says. "It just gives money to everybody."