New Evidence From Canada and the U.S. Suggests That Legalizing Marijuana Leads to Less Drinking

While the issue is far from settled, a decline in Canadian beer sales and a drop in binge drinking among college students reinforce the case for a substitution effect. 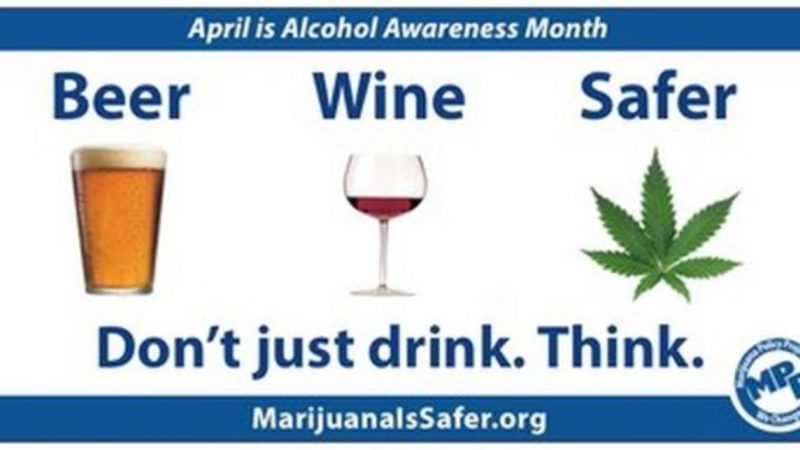 One of the most important issues for people worried about the consequences of marijuana legalization is the extent to which cannabis serves as a substitute for alcohol, which is more dangerous in several significant ways. New evidence from Canada and the United States reinforces the hypothesis that people tend to drink less when marijuana is legally available, although the issue is far from settled.

During 2019, the first full year of legalization in Canada, the volume of beer sold there fell by 3 percent as of last November, the Financial Post reports. That drop was large compared to the annual declines seen in the previous five years, which averaged 0.3 percent. Vivien Azer, an industry analyst quoted by the Post, said the accelerated slide is probably related to marijuana legalization, and she predicted that the expansion of cannabis products available from government-licensed (or government-run) sources, which as of this month include vapes, edibles, and beverages, will "perpetuate this trend."

More rigorous evidence on the relationship between marijuana use and drinking comes from a study reported in the March 2020 issue of the journal Addictive Behaviors. Based on nationwide survey data covering a 10-year period, Zoe Alley and two other researchers at Oregon State University found that college students in states where marijuana had been legalized for recreational use were 6 percent less likely to report binge drinking than college students in other states after taking into account pre-existing trends and several potential confounding variables.

In a second analysis that excluded data from the 2017-18 academic year, when there was a sharp drop in binge drinking among college students in states that had legalized marijuana (regardless of whether legalization had just taken effect), the main result was no longer statistically significant for college students in general. But the researchers found a statistically significant 9 percent decline in binge drinking among students 21 or older, the cutoff for legally purchasing marijuana.

This apparent substitution effect, the authors note, is consistent with earlier studies that found "reductions in alcohol consumption (especially binge drinking in young adults) and alcohol related traffic accidents" following the legalization of medical marijuana. A causal connection is plausible in those studies if we assume that some ostensibly medical use is actually recreational (or that some drinking is functionally medical), such that cannabis consumption would displace the use of alcohol. Another possibly relevant consideration, in addition to marijuana's less dramatic impact on driving ability, is that drinking is more apt to happen in public settings, making driving under the influence more likely.

"For students ages 21 years and over, binge drinking decreased following" recreational legalization, Alley et al. conclude. "A prior national study of how marijuana and alcohol use change in the years before and after turning 21 may put the present findings in context: Although substance use generally declines across this age period, there is a pronounced decrease in marijuana use that coincides with marked increases in alcohol use after minors reach the legal drinking age. This suggests that once alcohol is more accessible and its use is no longer prohibited, young adults may substitute an illegal substance (marijuana) with a legal one (alcohol). We speculate that legalizing recreational marijuana use may temper this effect, such that college students over the age of 21 who otherwise would have engaged in binge drinking continue using marijuana instead."