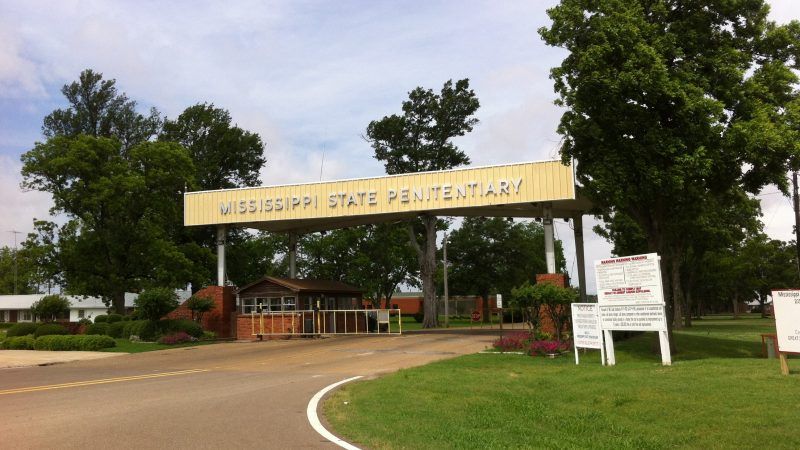 Now, in a letter to the Justice Department released today, the Southern Poverty Law Center, The ACLU of Mississippi, and Rep. Bennie Thompson (D–Miss.) say the state's "deliberate indifference to the risk of harm caused by overincarceration and grossly inadequate staffing violates the federal rights of the people in its custody and care."

"As indicated by its track record over the last several years and substantiated by the events of the last ten days, Mississippi is deliberately and systematically subjecting people in its care to a substantial risk of serious harm due to understaffing, in violation of the rights secured and protected by the Eighth Amendment to the United States Constitution, and it is no exaggeration to say more lives will be lost absent immediate intervention," the letter says.

The times have been trying for quite a while inside Mississippi prisons, but the state has done nothing about it. About half of the correctional officer positions in Mississippi prisons are vacant, the pay for guards is among the lowest in the country, and the state legislature has cut prison funding by $185 million since 2014.

In August of last year, the Mississippi Center for Investigative Reporting ran a story on the conditions at South Mississippi Correctional Institution: "Inside The Prison Where Inmates Set Each Other On Fire and Gangs Have More Power Than Guards."

That same month, a state audit of conditions inside Parchman found inmates and staff were subjected to black mold, raw sewage, broken toilets and sinks, exposed wiring, and vermin.

The severe staff shortage has led to extended lockdowns and months-long suspensions of visitations.

After last week's disturbances, inmates at Parchman were moved into a maximum security unit that has been closed for 10 years as part of a settlement in an ACLU lawsuit alleging inhumane conditions.

Contraband cell phone video taken by one inmate shows the conditions inside the condemned unit:

12 News talked to a man who claimed he's an inmate at Parchman. The alleged inmate said, "I ain't took a shower since December 31st. Ain't brush my teeth. We ain't got mats, no blankets, no running water. I'm in Parchman. We are locked in 32, a condemned building. It's the closest thing to hell."

The Justice Department did not immediately respond to a request for comment.