The big question is whether Majority Leader Mitch McConnell will allow any witnesses at all. 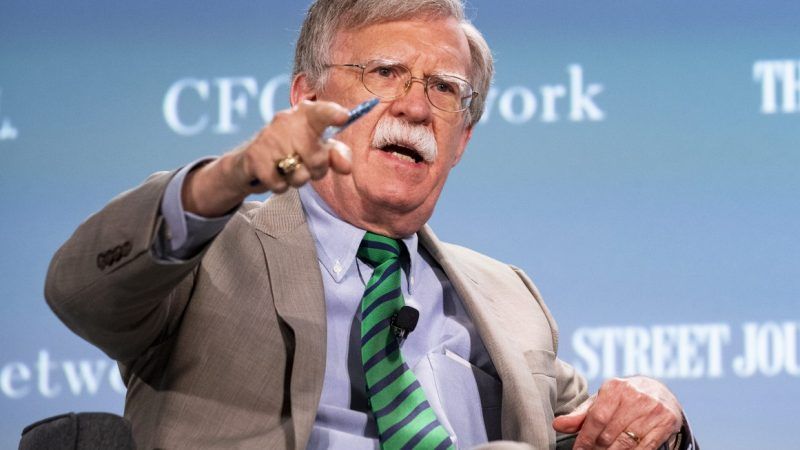 Former National Security Advisor John Bolton said today that he will comply with a subpoena if he's ordered to testify at the Senate's impeachment trial of President Donald Trump.

The possibility of Bolton's testimony had been up in the air. The White House has been trying to keep witnesses who worked for Trump from testifying to Congress in the matter, which centers around Trump's temporary withholding of aid to Ukraine to get the country to investigate rival presidential candidate Joe Biden's son.

The conflict ended up in the courts, as the Trump administration tried to stop former Bolton aide Charles Kupperman from complying with a House subpoena. Kupperman was essentially receiving contradictory orders and wanted a federal judge to tell him which branch of the government took precedence. But then the House withdrew its subpoena and impeached Trump anyway. So at the end of December a judge ruled the case moot, leaving it unresolved whether the administration has the authority to prevent former staffers from complying with congressional subpoenas and whether Congress would have the authority to punish those who do as the White House ordered.

Bolton is in the same position: Both sides have been making potentially contradictory demands. With the Kupperman case unresolved, it was unclear what would happen if the Senate called Bolton in.

Accordingly, since my testimony is once again at issue, I have had to resolve the serious competing issues as best I could, based on careful consideration and study. I have concluded that, if the Senate issues a subpoena for my testimony, I am prepared to testify.

Bolton already indicated that he would be open to testifying if the judge had ruled in the House's favor in the Kupperman conflict. Bolton's lawyer, in correspondence with the House's general counsel, flat out told them that Bolton was involved in many of the meetings and conversations that are at the heart of the investigation. Bolton's testimony could be harmful to Trump, given the conversations he was privy to, leading my colleague Jacob Sullum to speculate that the Senate's Republican leadership might not actually want to hear from him.

Bolton's public announcement comes right on the heels of Trump's decision to get aggressive with Iran, a move that Bolton heartily supports. You shouldn't assume that this announcement is an indicator of how Bolton feels about the administration's behavior. Though House Speaker Nancy Pelosi (D–Calif.) thinks that Bolton's announcement is a significant game-changer:

The President & Sen. McConnell have run out of excuses. They must allow key witnesses to testify, and produce the documents Trump has blocked, so Americans can see the facts for themselves.

The Senate cannot be complicit in the President's cover-up. #DefendOurDemocracy https://t.co/TQLJsfn0f5

Senate Majority Leader Mitch McConnell (R–Ky.) does not answer to the House, and Bolton's willingness to testify doesn't matter if Republicans follow Trump's wishes and decide not to call new witnesses. So the next fight may be over whether Trump and McConnell can keep Republican senators in line in a vote establishing the rules for the process.