Does Trump's Strike Against Iran Mean We Are Going to War?

Plus: State Department tells Americans to leave Iraq, the return of freedom fries?, and more... 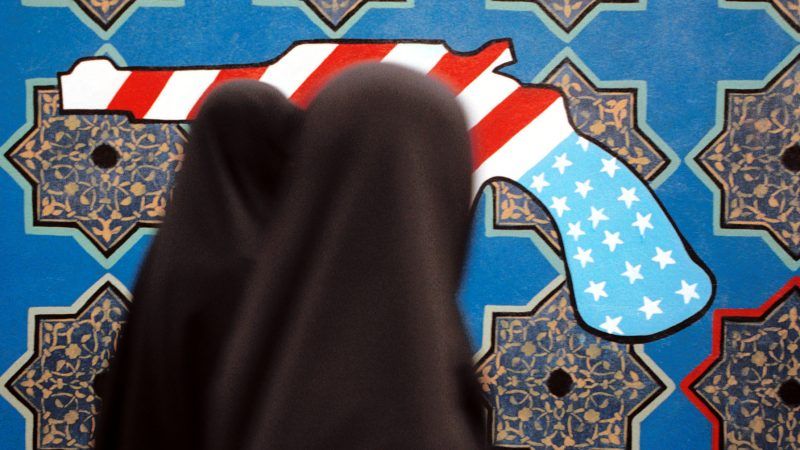 Ready or not, here we go again. I'm pretty sure we just celebrated the start of the year 2020. But it's a bit hard to tell, with so many American leaders and TV pundits talking like it's 2003.

Following Thursday's U.S. attack on Iranian authorities in Iraq—a strike that killed Iranian military commander Qasem Soleimani—the same psychopathic warmongers who lied us into the Iraq War have been gleefully spewing their old nonsense, with some minor updates.

They will greet us as liberators? Yep!

I'm hearing that Iranian social media networks are going nuts in celebration. Iranians I know are overjoyed. Of course they are.

I spoke today with Chinese Politburo Member Yang Jiechi to discuss @realDonaldTrump's decision to eliminate Soleimani in response to imminent threats to American lives. I reiterated our commitment to de-escalation.

Someone must be punished and damn the consequences: VENGEANCE IS OURS! Yep, yep, yep.

FICTION: Trump ordered the assasination of a foreign "General" and as a result has placed us on the brink of war.

FACT: Soleimani was an active enemy combatant, more dangerous than evil men such as Bin Laden & Baghdadi & who operated without regard for the law of war

Cable news producers have even been dusting off Karl Rove and other Bush-era prevaricators to manufacture consent for a new generation of U.S. war in the middle east.

And we're about this close to bringing back Freedom Fries.

The hawks keep reminding everyone that Soleimani was "evil," and suggesting that this justifies just taking him out from on high as he arrived in Iraq for a diplomatic visit…and that anyone less than thrilled with last night's actions just loves the terrorists or hates Donald Trump too much to appreciate it.

16. The Iranian government has confirmed the death of Qasem Soleimani in Iraq.

Now that it's confirmed, allow me to say in plain English…this is a holy shit moment.

Again not just for US-Iran relations, not just in the Middle East, but a holy shit global event

It should go without saying, but it's possible to be against the actions of Soleimani and the forces he led and still believe that the Trump administration is handling this the wrong way. It's possible to think Soleimani deserves some nasty fate while still believing that the U.S. shouldn't just go around assassinating foreign leaders we don't like. And it's absolutely possible—albeit apparently not for a lot of empathy-deficient toads in the government and media—to believe that the lives of the American troops and others who are now in greater danger are worth more than the fleeting satisfaction of vengeance or of feeling like you've won a news cycle.

The level of foreign policy thinking in this country is so damn low. "We killed ourselves a bad guy!" https://t.co/EPkWjuEyYJ

The Pentagon has said the point of the attack was to deter "future Iranian attack plans." Because if there's one thing that pacifies terrorist cells and prevents acts of aggression against Americans, it's killing their leaders…

"This strike was aimed at deterring future attack plans." By the Pentagon's own logic, if Iran retaliates, the strike mission failed its key goal. Remember that. https://t.co/A5vDqD0z4k

But the repercussions of this reckless act—and post-kill preening—will probably be huge.

Taking out Soleimani in the way we did is not like drone striking terrorists at their secret hideout or killing the leader of some rogue militia. The Quds Force Soleimani commanded may have been engaged in unconventional warfare, but they're also an official part of the Iranian Armed Forces, not some stateless terrorist cell. And Soleimani wasn't just some Osama bin Laden–like death prophet; he was a high-ranking figure in Iran's government.

Soleimani was an enemy of the United States. That's not a question.

The question is this - as reports suggest, did America just assassinate, without any congressional authorization, the second most powerful person in Iran, knowingly setting off a potential massive regional war?

Killing Soleimani in this way is akin to another country taking out Vice President Mike Pence or a member of Trump's cabinet while he attended a public event or was traveling to some state function. And the public nature of the attack, magnified by the administration's foolish brags about it afterward, will leave Iran with little politically feasible choice but to hit back in a big, public way.

The State Department urges Americans to leave Iraq after Trump's decision to kill Soleimani pushes the security situation to the brink: "U.S. citizens should depart via airline while possible, and failing that, to other countries via land." https://t.co/9WjZb9i2Hb

Some suggest that because the strike on Soleimani took place in Iraq and the American military is allowed to be in Iraq, everything is legally sound. Even if you accept that, there's a big difference between allowed and should.

"Iran is a state with significant capacity to make mischief in its neighborhood," and "the death of Soleimani does not wish the Quds Force, Islamic Revolutionary Guard Corps or Islamic Republic of Iran out of existence," points out Daniel Drezner. "An awful lot of Iranians and other Shiites will want to retaliate. Standard international relations theory suggests that decapitating a key leader would not fundamentally affect that state's capacity to act."

A lot of Democrats are now distancing themselves from this mess, but they have to answer for the fact that they overwhelming voted against a measure to deny the Trump administration money for offensive attacks in Iran.

Any member who voted for the NDAA -- a blank check -- can't now express dismay that Trump may have launched another war in the Middle East.

My Amendment, which was stripped, would have cut off $$ for any offensive attack against Iran including against officials like Soleimani /1

The president repeatedly predicted years ago that his predecessor would attack Iran in order to get re-elected. pic.twitter.com/9zGciVOCjy

There is zero evidence that these attacks have anything to do with bail reform. Yet here is de Blasio drumming up fear to try to reverse reforms.

This is like watching mass incarceration happen in real time — this is exactly how it went down. https://t.co/dGfbmXuArO