McDonald's Coffee Cup Incident Was a Hoax Perpetrated by the Police

The officer responsible has been fired. 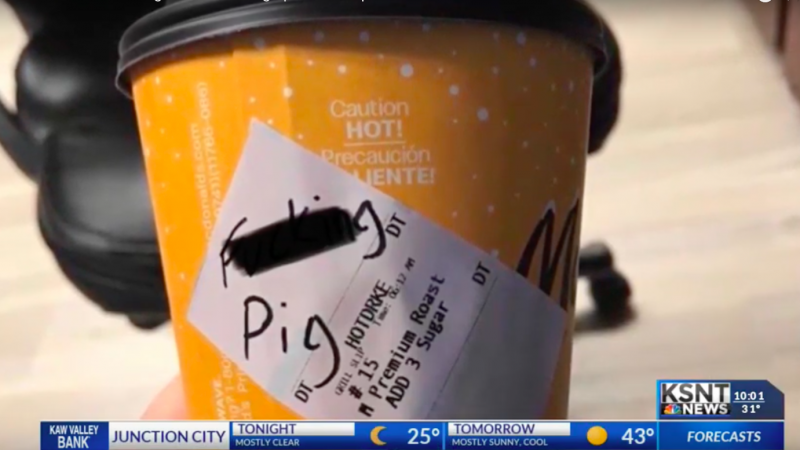 Remember the Kansas police officer who claimed that McDonald's employees had written "fucking pig" on his coffee cup? Welp, it was a hoax: The officer wrote the message himself.

Herington Police Chief Brian Hornaday did not reveal the 23-year-old officer's name, but did say that the individual has been fired, according to KSNT.

"Now, this is absolutely a black eye on law enforcement," said Hornaday. "I truly hope that the former officer of the Herington Police Department that did this, I hope he understands the magnitude of the black eye that this gives the law enforcement profession from coast to coast. None of us can be excluded from that."

The incident should remind everyone not to immediately succumb to knee-jerk outrage when they read news stories like the initial one about the coffee cup. Not every hateful incident is exactly what it appears to be, or even real. It's always prudent to wait for more details, since in many cases these kinds of things turn out to be hoaxes—and the police are perfectly capable of spreading misinformation.