Matt Welch | From the January 2020 issue 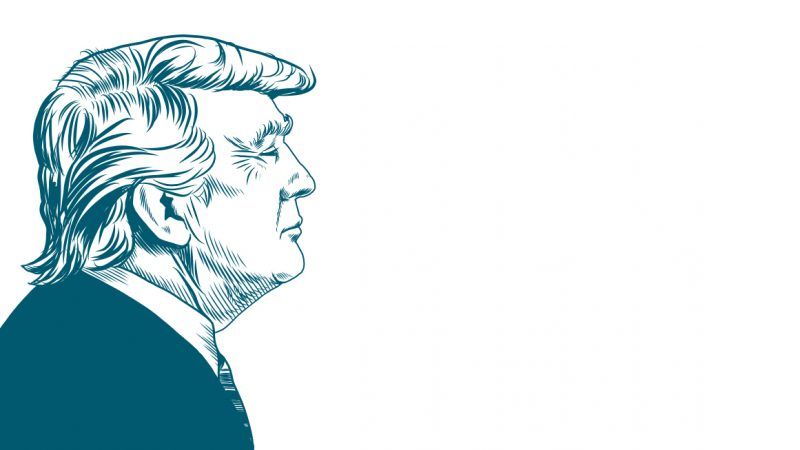 We don't normally associate Republican lawmakers with former Mexican leaders. But similar to the way many Latin American ex-presidentes suddenly discover an interest in legalizing marijuana once safely out of office, GOP members of Congress have an uncanny way of finding reasons to oppose Donald Trump right around the time they announce retirement.

Rep. Francis Rooney (R–Fla.) on October 19 became the 21st Republican member of the 116th Congress—compared to just seven Democrats at the time and nine as of press time—to announce that he will not seek that which politicians otherwise live for: re-election. The move came precisely one day after the southwest Floridian became the first current member of the House Republican caucus to declare openness to impeaching the president over the question of whether he made delivery of authorized aid money to Ukraine contingent on the newly elected president there announcing a possible investigation into 2020 Democratic presidential frontrunner Joe Biden.

"It's painful to me to see this kind of amateur diplomacy, riding roughshod over our State Department apparatus," Rooney, a member of the House Foreign Affairs Committee, told The New York Times. "I want to get the facts and do the right thing, because I'll be looking at my children a lot longer than I'm looking to anybody in this building."

Ten days later, Rep. Greg Walden (R–Ore.) became the 22nd Republican to announce retirement. The first Republican congressman to back an impeachment inquiry, self-described libertarian Rep. Justin Amash (I–Mich.), became a non-Republican within two months of that announcement, and at the end of October he was the only non-Democratic member of the House to back an impeachment investigation. Meanwhile, the growing number of premature retirees have been among the loudest in expressing alarm at the murky Ukraine-related behavior first made public by a CIA whistle-blower.

"There is a lot in the whistleblower complaint that is concerning," Rep. Will Hurd (R–Texas), a former rising GOP star, tweeted September 26, seven weeks after announcing his own non-re-election. "We need to fully investigate all of the allegations addressed in the letter."

It's not just on substance that self-liberated Republicans dissent from a president who is often more popular among their constituents. They also tend to object much more bluntly than their remaining colleagues to Trump's style, such as his statement that four House Democratic women of color should "go back" to their home countries, even though three of them were born in the United States.

"We're here for a purpose—and it's not this petty, childish bullshit," Rep. Paul Mitchell (R–Mich.), prompted by the "go back" episode, told The Washington Post six weeks after his own surprise decision not to run again.

In one sense, the spike in Republican self-deportations—44 and counting in the House alone since Trump's inauguration, compared to 25 Democrats during Barack Obama's entire first term—is a boon to Trump, since it helps him shape the party more in his idiosyncratic image. Sen. Marsha Blackburn (R–Tenn.), the former vice chair of the president's transition team, is a good deal more Trumpy than the man she replaced in the upper chamber, frequent presidential critic Bob Corker.

But retiring Republicans in swing districts and states also have a tendency to be replaced by Democrats, as happened in Arizona after Sen. Jeff Flake left Capitol Hill. And that might be the vulnerability most likely to sink this presidency. Trump's fate seems likely to be in the hands of the Senate, presuming the Democrat-run House approves articles of impeachment. Support for the president in the 53-member Senate GOP caucus has been wide but not deep, with Sen. Mitt Romney (R–Utah) in particular criticizing Trump's Ukraine gambits. And another three Republican senators will not be seeking re-election in 2020, freeing them up to speak openly if they choose.

Anyone who has bet on GOP lawmakers to meaningfully oppose the president has already lost a lot of money. And there is one anti-impeachment argument that may persuade even the most ardent anti-Trump Republicans: Removing a president in an election year seems much less politically wise than letting voters decide for themselves how his first term should be rewarded.

Republican senators may be damned either way. As of press time, public support for impeachment and disapproval of Trump's presidency were reaching all-time highs. Sometimes the safest place to be in a firefight is far away from the front lines.