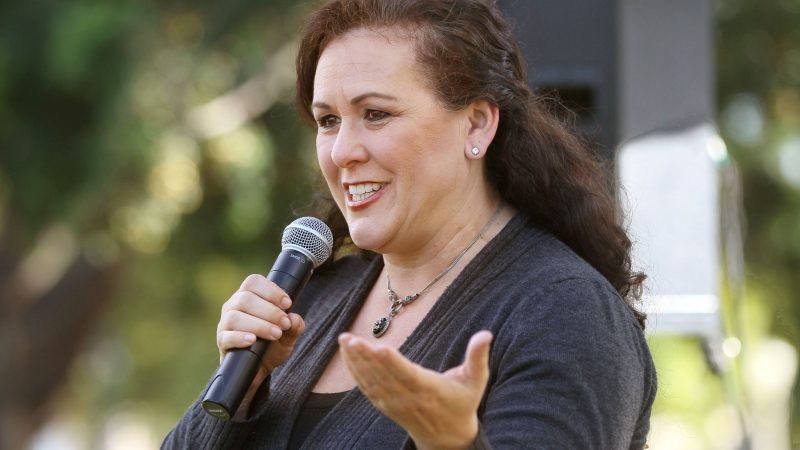 A nonprofit legal foundation is suing California on behalf of freelance workers who say the state's recently passed Assembly Bill 5 (AB5) will destroy their livelihoods. Set to take effect on January 1, 2020, AB5 will make it illegal for contractors who reside in California to create more than 35 pieces of content in a year for a single company, unless the outlet hires them as an employee.

"By enforcing the 35-submission limit, Defendant, acting under color of state law, unconstitutionally deprives Plaintiffs' members of their freedom of speech as protected by the First and Fourteenth Amendments to the U.S. Constitution," states the lawsuit, which was filed by the Pacific Legal Foundation.

The bill's pending implementation has wreaked havoc on publications that rely heavily on California freelancers. Just last week, Vox Media announced it will not be renewing the contracts of around 200 journalists who write for the sports website SB Nation. Instead, the company will replace many of those contractors with 20 part-time and full-time employees. Rev, which provides transcription services, and Scripted, which connects freelance copywriters with people who need their services, also notified their California contractors that they would no longer give them work.

"Companies can simply blacklist California writers and work with writers in other states, and that's exactly what's happening," Alisha Grauso, an entertainment journalist and the co-leader of California Freelance Writers United (CAFWU), tells Reason. "I don't blame them."

Assemblywoman Lorena Gonzalez (D-San Diego), the architect of AB5, has heard these stories. "I'm sure some legit freelancers lost substantial income," she tweeted in the wake of Vox's announcement, "and I empathize with that especially this time of year. But Vox is a vulture."

"These were never good jobs," Gonzalez said earlier this month. "No one has ever suggested that, even freelancers."

But many of the freelance journalists, writers, and content creators who now have to navigate the disastrous consequences of Gonzalez's legislation beg to differ.

"I've been able to earn nearly three times the amount I did working a day job, doing what I absolutely love, and having more to volunteer and spend time with loved ones," wrote Jackie Lam, a financial journalist. Kelly Butler, a freelance copywriter, echoed those sentiments. "Thousands of CA female freelancer writers, single moms, minorities, stand to lose their livelihood due to this bill," she said. "I was told by a client because I live in CA they can't use me. I made $20K from them this year."

Grauso says that CAFWU, the group fighting against AB5, is composed primarily of the people that Gonzalez claimed the bill would help. It is currently 72.3 percent women, which, according to Grauso, is no coincidence.

"The reality is it still falls primarily on women to be the caretakers and caregivers of their families, and freelancing allows women to be stay-at-home mothers or to care for an aging parent," Grauso notes. "Being made employees kills their flexibility and ability to be home when needed. I cannot stress enough how anti-women this bill is."

The 35-piece per publication limit comes out to less than one piece per week. Anyone who writes a weekly column, for instance, is likely out of a job if their publisher cannot hire them as an employee. The bill also penalizes freelancers who create content in non-traditional formats such as blog posts, transcriptions, and listicles, the latter of which are often requested in bulk and take only "about 20 minutes to compile," writes another freelancer.

"[AB5] was drafted by a lawmaker who had the outdated mindset that most writers work within the old, traditional newspaper and print model," explains Grauso. "But the vast majority of writers are in the digital media space, which operates completely differently."

According to the Hollywood Reporter, Gonzalez initially set the annual limit at 26 pieces, but later changed it to 35 after a backlash. "Was it a little arbitrary? Yeah," Gonzalez told the Reporter. "Writing bills with numbers like that are a little bit arbitrary."

The assemblywoman recently tweeted that unemployment trending lower is "useless" because "people have to work 2-3 jobs or a side hustle" to make ends meet. "Now is the time to demand more," she said.

According to the most recent Census data, only 8.3 percent of workers have more than one job; of that number, only 6.9 percent have more than two jobs. But Gonzalez doesn't seem to care about the data, and has made it pretty clear that she does not want to listen to her constituents.

"[Freelancers] shouldn't fucking have to [work 2-3 jobs]," the assemblywoman, addressing a detractor, said in a Twitter exchange last week. "And until you or anyone else that wants to bitch about AB5 puts out cognizant policy proposals to curb this chaos, you can keep your criticism anonymous."