Her lobbying tax proposal is pseudo-policy, a veneer of wonky seriousness over dubious populist dogma.

Peter Suderman | From the January 2020 issue 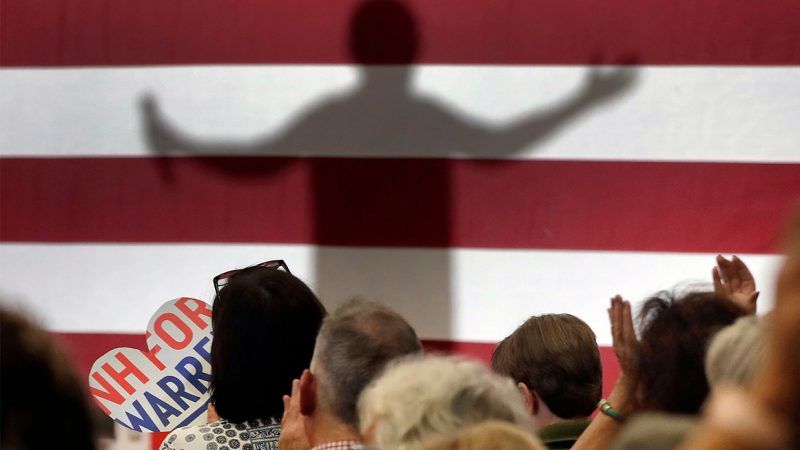 Among the freedoms guaranteed by the First Amendment is the right "to petition the Government for a redress of grievances." You have a right, in other words, to communicate with the government, to complain about its current policies, and to advocate for new and different ones without fear of punishment or censor. You might call it a right to lobby.

That unlimited right to lobby the lawmakers who make decisions that affect your life, your family, and your fortune is one that Sen. Elizabeth Warren (D–Mass.) thinks American businesses should not have. The candidate for the Democratic presidential nomination has proposed taxing corporate lobbying. Expenditures between $500,000 and $1 million would be taxed at 35 percent. Spending over $1 million would face a 60 percent tax rate, which would jump to 75 percent above $5 million. Some nonprofits would be exempt, but the tax would hit trade associations as well as corporations.

Warren's campaign estimates that if the rule had been in place over the last decade and businesses had made no changes to their lobbying activities, it would have raised about $10 billion in government revenue. But the point isn't really to generate new funds from taxation. It's to eliminate much of the advocacy that happens in Washington.

"We can end excessive lobbying," Warren wrote on Medium in October. The point of the tax is thus to eliminate, or at least severely degrade, a fundamental provision of the Bill of Rights. It is probably unconstitutional and certainly anti-constitutional, in the sense that it is contrary to the spirit of the First Amendment.

That's not surprising coming from Warren, whose respect for the Constitution knows many bounds. A number of Warren's vaunted plans—from her wealth tax to her proposed executive order banning fracking—appear to violate constitutional requirements. As a candidate, she has repeatedly demonstrated a willingness to ignore the limitations imposed by the Constitution in the pursuit of her political and policy objectives.

Warren, a frontrunner in the Democratic primary race, wants to look tough on lobbyists and lobbying. Her lobbying tax proposal is pseudo-policy, a veneer of wonky seriousness over dubious populist dogma.

Lobbying might not be held in high esteem by the public, and it can certainly be used to promote destructive policies. But it is a form of protected speech, and that protection is designed to shield those who are not in government from those who are. It is more than a little revealing that Warren, a powerful senator who wants to be an even more powerful president, is proposing to weaken that protection in hopes of advancing her own interests.