"It’s an epidemic across our nation," one parent told NBC. 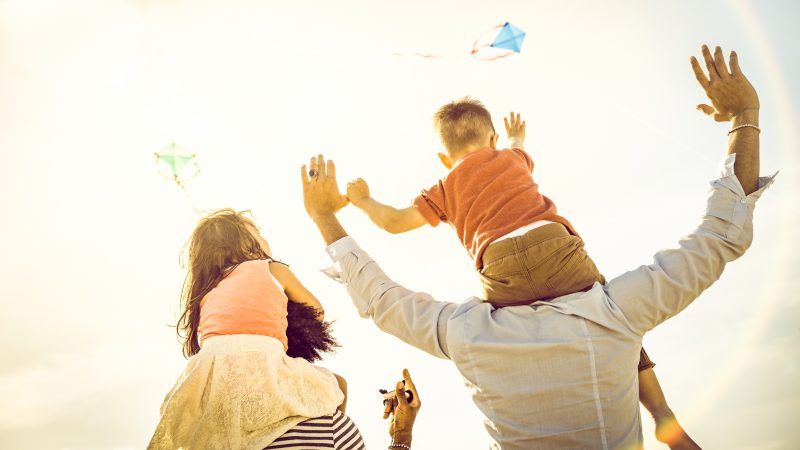 A mother from Michigan lost custody of her children after a pediatrician decided that red splotches on her 6-week-old's skin were signs of deliberate physical abuse.

Another mother, from Washington state, was separated from her children for more than a year because a child abuse specialist said she was exaggerating her 5-year-old's health problems.

A Florida mother took her 4-month-old son to the hospital after he suffered a seizure. A doctor contacted child services, claiming the child must have been shaken or beaten. The boy's father was charged with the crime. Charges were eventually dropped after other medical experts disputed the initial claims.

These are all examples from a terrific NBC/Houston Chronicle report on mistakes made by child protective services (CPS) agencies around the country: "Hundreds of parents say kids wrongly taken from them after doctors misdiagnosed abuse."

Lenore Skenazy and I have covered many of these cases of wrongful family separation for Reason. They are heartbreaking. They generally follow a pattern: Parents behave in a manner that is completely normal, some authority figure becomes suspicious anyway, the cops are called, and CPS takes the kids away on some slim suspicion that they are being abused. The enraged, confused, often traumatized parents must then scrape together a strong enough case to regain custody of their children from foster care. They often go weeks without even knowing what has become of their kids.

The NBC report focuses specifically on the false confidence of doctors who claim a child must have been abused by parents when in reality they have no idea:

By law, all doctors are required to notify authorities when they suspect a child may have been abused. Child abuse pediatricians go further: They then examine a complete picture of the child's injuries and try to confirm whether abuse has occurred, diagnosing not only a child's medical condition, but also what caused it.

The work is vital in a nation where 1,700 children die of abuse or neglect each year. But reporters found instances where child abuse doctors overstated the reliability of their findings, using terms such as "100 percent" or "certainly inflicted" to describe conclusions that usually cannot be proven with absolute confidence. There is no lab test to confirm that a baby has been shaken or to prove that a child's scalding burns were inflicted.

The doctors' opinions can have an extraordinary influence over the decisions of state child welfare agencies, sometimes triggering questionable family separations and criminal charges, the series found.

It's necessary, of course, for the government to intervene when kids are truly in danger. But separating children from their parents is itself an abusive and traumatizing act. This is a horrible thing to happen to a family, and these cases deserve much more attention from the national media.