The law of unintended consequences rears its ugly head. 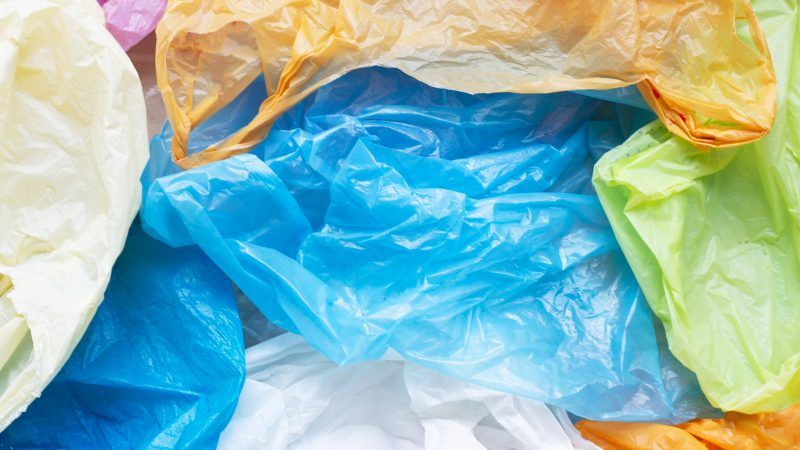 The results of plastic bag bans and restrictions are frequently disappointing, and occasionally counter-productive. Take the United Kingdom, where a country-wide bag fee is encouraging consumers to switch from single-use bags to thicker, reusable bags that use more plastic.

Last Thursday, Greenpeace and the Environmental Investigation Agency (EIA), a non-profit, released a report on the plastic consumption of British grocery stores that found they were actually using more plastic even as customers switch from using thin, disposable plastic bags to thicker reusable "bags for life."

The report found that use of these "bags for life" increased from 960 million in 2018 to 1.5 billion in 2019. That's a big single-year increase and well above the 439 million reusable plastic "bags for life" dispensed by the seven largest British grocery stores in 2014, according to a Waste and Resources Action Program (WRAP) study.

The U.K. imposed a mandatory 5-pence fee in 2015 on all plastic bags given out by retailers in the country in hopes of reducing plastic use.

"It is clear from this data that many people are simply swapping 'single-use' plastic bags for these plastic bags for 'life'," reads the Greenpeace/EIA report. "The impact of this simple substitution is a major concern, given the significantly higher plastic content of bags for life."

Plastic bag regulations have produced this unintended consequence before. A University of Sydney study of local bag bans in California found that while they got rid of single-use plastic bags, they encouraged customers to buy thicker garbage bags as substitutes.

Plastic consumption still fell in California, but not by as much as bag banners anticipated.

That appears to be true in the U.K. as well. According to the Greenpeace study, all bags used by the grocery stores surveyed (including both single-use and reusable bags) equaled 48,000 tons in 2019. According to the WRAP study, the seven largest grocery stores used 68,000 tons of reusable and single-use plastic bags in 2014, the year before the country's bag fee went into effect.

Regardless, consumers' dastardly habit of changing their behavior in response to the country's bag fee is still undercutting the goal of environmentalists.

To that end, the Greenpeace/EIA study recommends either hiking fees on "bags for life" to 70 pence (about $1), or banning them entirely, in order to get people to finally remember to bring their own bags to the grocery store.

"When we go shopping, we should remember our bags like we remember our phones," Fiona Nicholls, one of the report's authors, said to The New York Times.

An alternative would be to stop trying to micromanage people's behavior. While the world's oceans do indeed contain an alarming amount of plastic waste, little of that comes from the U.K. or other developed nations that have effective waste management systems. According to one study, the U.K. was responsible for about one-tenth of one percent of marine plastic waste entering the world's oceans in 2010. The vast bulk of plastic waste in the developed world is deposited in landfills or (occasionally) recycled.

That's in contrast to countries in Africa and especially East Asia, where growing plastic consumption has not been matched by better waste collection, leading to an explosion in the amount of plastic waste coming from these countries.

Even if environmentalists in the U.K., or rich countries more broadly, eliminate plastic use completely, it will have little effect on the overall problem of global plastic pollution. Successfully banning plastic bags, either the disposable kind or the "for life" kind, won't save the oceans, but they will punish shoppers.