Plus: Due process shouldn’t conflict with #MeToo goals, the stupidity of the war on vaping, and more… 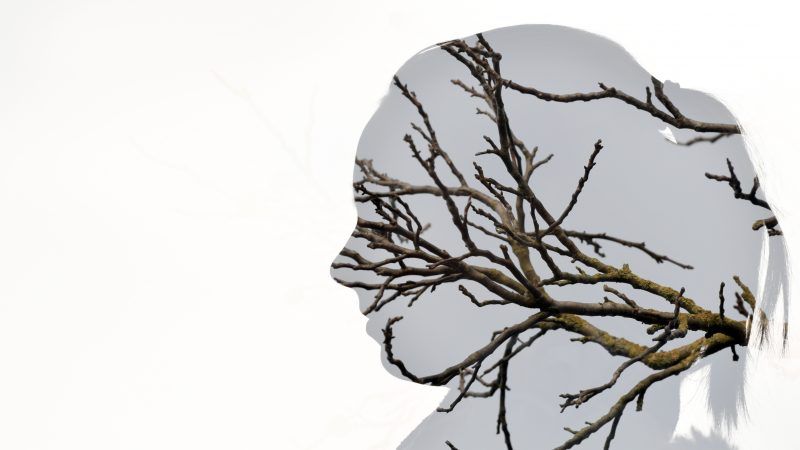 Life expectancy trends downward for three years in a row. A recent reversal in upward longevity trends is being driven by young and middle-aged adults, according to new research published in the Journal of the American Medical Association (JAMA). The findings fall in line with other recent research on U.S. longevity and public health, placing the bulk of the blame for younger deaths on suicide, drug overdoses, and alcohol abuse, along with "a diverse list of organ system diseases."

Researchers Steven H. Woolf and Heidi Schoomaker looked at U.S. mortality data published from January 1990 through August 2019. They find that U.S. life expectancy peaked in 2014, at 78.9 years old, and has been declining since.

"The recent decrease in U.S. life expectancy culminated a period of increasing cause-specific mortality among adults aged 25 to 64 years that began in the 1990s, ultimately producing an increase in all-cause mortality that began in 2010," they write in the JAMA paper. "During 2010-2017, midlife all-cause mortality rates increased from 328.5 deaths/100 000 to 348.2 deaths/100 000. By 2014, midlife mortality was increasing across all racial groups, caused by drug overdoses, alcohol abuse, suicides, and a diverse list of organ system diseases."

These trends were strongest in New England (up 23.3 percent in New Hampshire, 20 percent in Maine, and 19.9 percent in Vermont) and what they term the Ohio Valley (up 23 percent in West Virginia, 21.6 percent in Ohio, 14.8 percent in Indiana, and 14.7 percent in Kentucky). "The increase in midlife mortality during 2010-2017 was associated with an estimated 33,307 excess U.S. deaths, 32.8% of which occurred in four Ohio Valley states," the authors write.

Life expectancy began to advance more slowly in the 1980s and plateaued in 2011 […] The National Center for Health Statistics reported that US life expectancy peaked (78.9 years) in 2014 and subsequently decreased significantly for 3 consecutive years, reaching 78.6 years in 2017. The decrease was greater among men (0.4 years) than women (0.2 years) and occurred across racial-ethnic groups; between 2014 and 2016, life expectancy decreased among non-Hispanic white populations (from 78.8 to 78.5 years), non-Hispanic black populations (from 75.3 years to 74.8 years), and Hispanic populations (82.1 to 81.8 years).

In addition to drugs and alcohol, other lifestyle factors can be blamed for the rise in younger deaths:

As Ron Bailey pointed out yesterday, however, the JAMA study isn't all bad news:

Considering the bulk of the decline in longevity comes from "adults with less education and in rural areas or other settings with evidence of economic distress or diminished social capital," the authors of the study suggest things like prescription opioids are to blame. But as Bailey writes:

They fail to note the unintended consequences of the federal government mandate for an abuse-deterrent reformulation of prescription opioids that resulted in the massive rise in overdose deaths as users switched to street heroin and fentanyl.

What to do? A good start would be to end the drug war and adopt policies that enable folks to get out of the local poverty traps in which they are stuck.

Due process shouldn't conflict with #MeToo goals. David Harsanyi calls foul on the idea that due process somehow stands in opposition to holding people accountable for sexual harassment and assault. From a Monday article (not an opinion piece!) in The Washington Post:

While the #MeToo movement brought increased public scrutiny to harassment and assault, the Trump administration's proposal pushes the pendulum in the reverse direction by strengthening due process protections for those accused of offenses.

If on the one side of the pendulum is increased scrutiny over sexual assault, then the "reverse" can't be the right to due process. The two, in fact, aren't even on the same pendulum. Due process concerns itself with procedure, not substance. It allows "emotionally charged conflicts," as the Post helpfully puts it, to be adjudicated in an impartial manner. The opposite of increased public scrutiny to harassment and assault is less scrutiny, not fewer rights for the accused. It's alarming that this even has to be debated.

The abject stupidity of the war on vaping. I'm in Spectator USA this week on the ways in which anti-vaping advocates are emulating crusaders against "Big Tobacco," but without actually protecting anyone's health. New York and California are both suing JUUL, for instance. A lot of politicians are keen on banning flavored vaping products (for the children, obviously), something leaders in New York City and Massachusetts voted for just last week. Meanwhile:

The American Medical Association (AMA) is now recommending a "total ban on all e-cigarette and vaping products" that aren't classified by the U.S. food and Drug Administration as "smoking cessation" aids.

Interestingly, President Donald Trump has emerged as a rare realist when it comes to vaping. He told reporters last Friday that if the U.S. banned flavored nicotine vaping products, they were just "going to come here illegally." Trump continued:

It's been black-market THC vapes causing illnesses and deaths, with most cases linked to products that used synthetic vitamin E as a filler.

To respond to that set of facts by banning flavored nicotine vaping products is like the government responding to counterfeit multivitamins killing people by banning all supplements except Riboflavin. It makes no sense.

More on the madness here.