The Homes for All Act misdiagnoses the roots of the country's housing problems, then adds a boundless faith in the feds' ability to solve them. 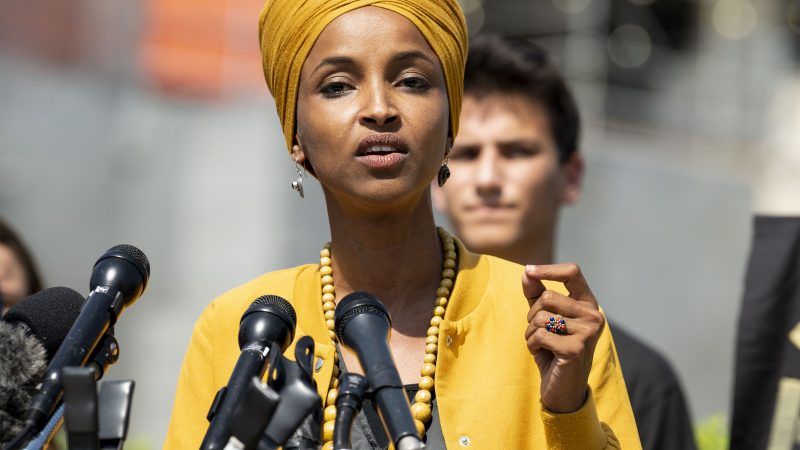 "Our current free-market housing system is not meeting the needs of working families," said Omar in a press release last week announcing her Homes for All Act. "Housing is a fundamental human right. It's time we as a nation acted like it and end the housing crisis once and for all."

To secure this fundamental human right, Omar's legislation would spend $800 billion over the next 10 years developing 9.5 million new units of public housing. Another $200 billion would be spent through the existing federal Housing Trust Fund to subsidize the development of 2.5 million private affordable housing units.

All told, this would roughly triple federal housing spending. It would also come with a lot of new regulatory strings attached.

New housing projects funded by Omar's bill would have to be located close to transit, be built to "the highest possible environmental standard," and come with access to free social services that would help tenants secure "healthcare, employment, education, childcare, financial literacy and other community-based supportive services."

Omar's Homes for All Act is the latest in a series of far-reaching housing proposals released by such progressives as Sen. Bernie Sanders (I–Vt.) and Rep. Alexandria Ocasio-Cortez (D–N.Y.).

Unlike Sanders' or Ocasio-Cortez's plans, Omar's bill does not include a call for a national rent control standard. That's about the best thing you can say about it.

"The country does need more housing. This is literally the worst way to accomplish that," says Salim Furth, a housing policy expert at George Mason University's Mercatus Center.

Furth points out that federal public housing projects like the kind Omar is proposing concentrate poverty, often worsening the social problems they're intended to address.

"You are taking people who most need to be in a strong neighborhood," he says, "and putting them all in one place. The worst slums of the 20th century were created by the government using this model." By contrast, federal housing voucher programs that encourage people to move to lower-poverty neighborhoods have positive effects on income and educational attainment.

Omar's bill also relies on a farcical assumption that $1 trillion in new spending will produce 12 million new housing units. That works out to a per-unit cost of $83,000.

A 2018 study from the Government Accountability Office found that the cost of building new units under the federal government's current flagship affordable housing program, the Low-Income Housing Tax Credit program, ranged from $126,000 in low-cost Texas to $323,000 in California. Costs on some individual projects exceeded $700,000 per unit.

The regulations in Omar's bill ensure that any new housing it does fund will have very high per-unit costs. Higher environmental standards mean higher costs. So will locating near transit hubs, where land is more expensive.

And while Omar bemoans "free market" housing, the fact is that the most regulated cities are also the most expensive.

Restrictive zoning, urban growth boundaries, and high development fees limit how much new housing can be built and the raises the costs of what new development is allowed. One 2018 study found that regulation is responsible for 32 percent of the costs of new multi-family housing.

"Wherever we have a relatively free market in housing, it works extremely well for poor people," says Furth. "If you look at where low-income Americans and immigrants are able to afford newish, relatively high-quality, relatively well-located housing, it's in low-regulation cities."

There's not much the federal government can do directly about local government restrictions on development, although both Democrats and Republicans have proposed tying federal funds to requirements that localities deregulate development in some way. It's an open question how effective that approach would be.

Still, it's a glaring omission that the Homes for All Act has nothing to say about easing development restrictions. Considered alongside the bill's ludicrous cost estimates, one gets the impression that while Omar might consider housing a fundamental human right, she doesn't appear very serious about actually securing it.