The comedian thinks misleading information on social media is ruining society. That's a bit rich, coming from him. 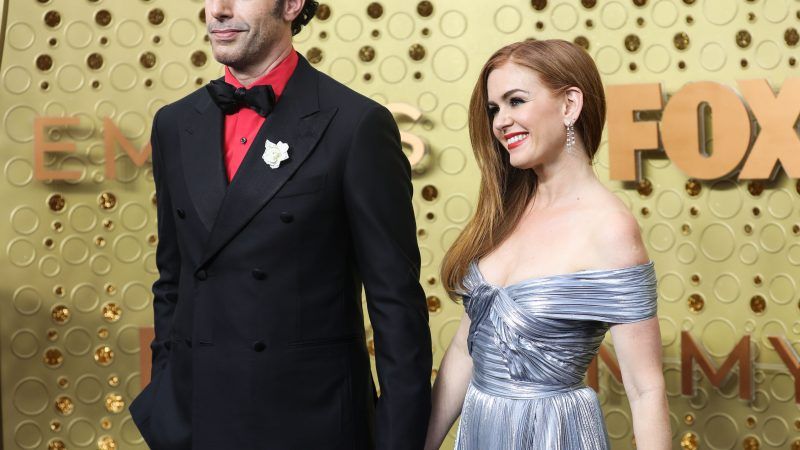 Sacha Baron Cohen, the comedian and satirical actor, lashed out at Facebook and its CEO, Mark Zuckerberg, during his remarks at the Anti-Defamation League's anti-Semitism summit on Thursday.

"I believe it's time for a fundamental rethink of social media and how it spreads hate, conspiracies, and lies," Cohen said.

Cohen is best known for portraying the fictional characters Borat, Ali G, and Bruno. Each of them indulges a similar shtick: Tricking famous people into outrageous interviews in order to humiliate them. It's thus a bit hypocritical for Cohen to be so worked up about Zuckerberg's refusal to purge misleading content from his platform. He's literally made a career out of duping people, albeit in order to elucidate some larger truth.

And yet, Cohen was apoplectic at the idea that Facebook and other Big Tech giants would allow people to say things that aren't correct:

Take the issue of political ads. Fortunately, Twitter finally banned them, and Google is making changes, too. But if you pay them, Facebook will run any "political" ad you want, even if it's a lie. And they'll even help you micro-target those lies to their users for maximum effect. Under this twisted logic, if Facebook were around in the 1930s, it would have allowed Hitler to post 30-second ads on his "solution" to the "Jewish problem." So here's a good standard and practice: Facebook, start fact-checking political ads before you run them, stop micro-targeted lies immediately, and when the ads are false, give back the money and don't publish them.

Here's another good practice: slow down. Every single post doesn't need to be published immediately. Oscar Wilde once said that "we live in an age when unnecessary things are our only necessities." But is having every thought or video posted instantly online, even if it is racist or criminal or murderous, really a necessity?  Of course not!

The panic over misleading political ads on social media is particularly silly. As I wrote in a recent piece for The Washington Examiner, Facebook is far from the only platform for false advertising: Traditional sources of information, like TV, radio, and print, have been harnessed by liars and frauds since long before Facebook existed. People are particularly worried about social media because it's a newer phenomenon. But so-called "fake news" is consumed by very few users, and most can identify it as such.

The Silicon Six—all billionaires, all Americans—who care more about boosting their share price than about protecting democracy.  This is ideological imperialism—six unelected individuals in Silicon Valley imposing their vision on the rest of the world, unaccountable to any government and acting like they're above the reach of law.  It's like we're living in the Roman Empire, and Mark Zuckerberg is Caesar.  At least that would explain his haircut.

Here's an idea.  Instead of letting the Silicon Six decide the fate of the world, let our elected representatives, voted for by the people, of every democracy in the world, have at least some say. …

He then inveighed against Section 230, which gives legal protection to some social media platforms:

In every other industry, a company can be held liable when their product is defective.  When engines explode or seatbelts malfunction, car companies recall tens of thousands of vehicles, at a cost of billions of dollars.  It only seems fair to say to Facebook, YouTube and Twitter: your product is defective, you are obliged to fix it, no matter how much it costs and no matter how many moderators you need to employ.

In every other industry, you can be sued for the harm you cause.  Publishers can be sued for libel, people can be sued for defamation.  I've been sued many times!  I'm being sued right now by someone whose name I won't mention because he might sue me again!  But social media companies are largely protected from liability for the content their users post—no matter how indecent it is—by Section 230 of, get ready for it, the Communications Decency Act.  Absurd!

But without Section 230, social media companies would have to resort to being wildly censorious across all corners of the internet. Section 230 is the web's First Amendment—the very thing that has allowed unfettered free speech to flourish in the years since online conversation became the norm.

It's fine to note that this climate of free expression has come at a cost—that yes, horrible people can say things that are evil and false, and Facebook may not be obligated to do anything about it (though Section 230 does not apply in all cases). But we should not overstate these downsides. Cohen, for instance, warned that "hate crimes are surging" as a consequence of our society's tolerance for intolerance speech. This is an oft-expressed fear by progressives, but the notion that hate crimes are being committed more frequently than ever before isn't actually supported by the available evidence.

Similarly, another free-speech skeptic, The New Yorker's Andrew Marantz, claimed in a well-read New York Times op-ed that "Free Speech Is Killing Us" and something must be done. But violent crime is lower than ever, and politically-motivated violence is especially rare. We have more protections for free speech, more ways to express ourselves than ever before, and if anything, less violence.

Cohen concluded his remarks with a call to stop "the greatest propaganda machine in history," by which he means the cumulative impact of Facebook, YouTube, Twitter, and Google. That's ridiculous hyperbole: The companies are not engaged in some coordinated effort to spread lies or promote an agenda. In fact, the proposed solution—subjecting speech on social media to government approval—would in some sense create a much more easily recognizable propaganda machine.