"It's been tried by other nations," the New Jersey senator said. 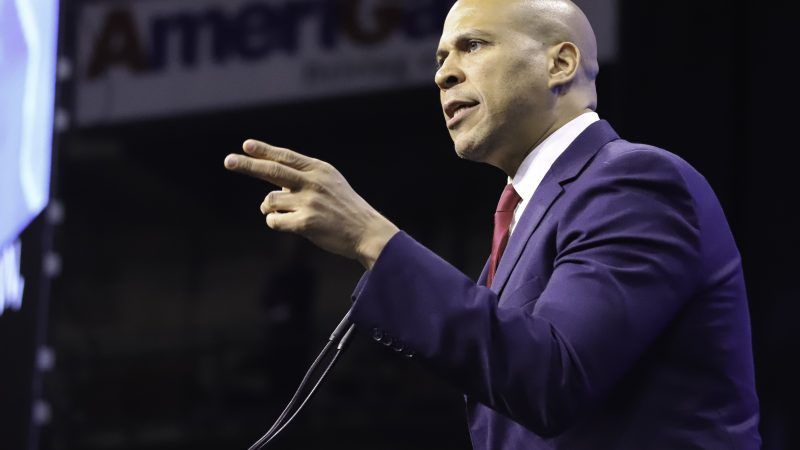 Sen. Cory Booker (D–N.J.) on Wednesday pushed back against Sen. Elizabeth Warren's (D–Mass.) wealth tax proposal, telling one of the Democratic primary frontrunners that her plan would stifle growth and entrepreneurship.

"We all agree we need to bring in a lot more revenue," Booker said at the November 20 debate, adding that he "[does not] agree with the wealth tax."

Warren's proposal would place a 2 percent tax on all assets over $50 million and another 1 percent on top of that on assets over $1 billion. On its face, it sounds like a perfectly progressive proposal in line with party values that could raise revenue for programs to benefit the middle class.

But if history is any indication, Booker is right, and Warren's policy is destined to fail. Just ask France. Or the Netherlands. Or Austria. All of those countries discarded the wealth tax after it quashed entrepreneurship and failed to produce the desired government funding.

As Reason's Peter Suderman notes, Sweden eliminated the policy as it "was frequently blamed for capital flight" and people "were less likely to own their own business." Potential investors were moving money abroad—where they wouldn't be subject to the tax—instead of putting the money back into the Swedish economy. That includes the founder of Ikea, who routed a large portion of his finances into offshore foundations. In that vein, the government essentially lost no revenue when it nixed the tax.

Booker zeroed in on that theme Wednesday night, emphasizing the need to reinvigorate the economy and empower would-be business owners.

"The tax the way you're putting it forward, I'm sorry, it's cumbersome," Booker said. "It's been tried by other nations." Instead, he says the U.S. must refocus on "how to give more people opportunities to create wealth, to grow businesses, to have their American dream."

Booker then immediately pivoted to a federal $15 minimum wage. The problems with that approach are numerous, but can be aptly summed up by the fact that such policies hurt the people they're trying to help, like low-skilled workers. And that's doubly true here, as the wage floor can also be an insurmountable barrier for small businesses trying to stay afloat and for potential entrepreneurs who can't afford to launch a business while paying an arbitrary minimum wage. In other words, it doesn't exactly stir entrepreneurship.

Even so, Booker highlighting the importance of free enterprise was a refreshing way to kick off the debate. At least someone on the Democratic stage is talking about how to make money rather than just take it.