The Democratic Primaries Get a Last-Minute Addition

Deval Patrick, former Massachusetts governor, is the latest to join an already-crowded field. 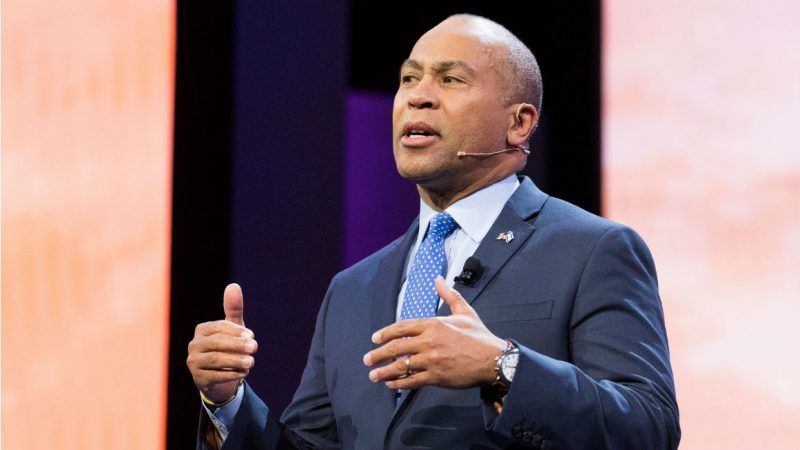 In a spirit of profound gratitude for all the country has given to me, with a determination to build a better, more sustainable, more inclusive American Dream for everyone:

I am today announcing my candidacy for President of the United States.https://t.co/hObdLNiFMJ pic.twitter.com/fGmI0qxkxS

Patrick—who succeeded Mitt Romney, who now represents Utah in the Senate—was born in Chicago. Following law school, his career path included working at the NAACP Legal Defense Fund, leading the Civil Rights Division of the U.S. Department of Justice, and investigating arson attacks against black churches in the South.

Following the announcement, Patrick told CBS his views on three hot-button issues in the Democratic race: college debt, taxes, and health insurance. He appeared to deviate from other candidates' calls for free college, though he did endorse the reduction of exorbitant student debt. He suggested that simplifying the tax system would be better than imposing heavy-handed taxes. He opposed Medicare for All, instead endorsing a compromise where Americans can choose for themselves if they wish to opt in to a government insurance plan.

While Patrick was governor, Massachusetts's implementation of a state insurance system led to major fights with the individual insurance market, an expensive repair effort, and questions about the system's legality.

Gov. Patrick has also come in for criticism from civil libertarians following the 2013 Boston Marathon bombing, when he issued a "shelter in place" order that locked down the city.

Patrick has a lot of catching up to do. Not only is his filing just a day before the cut-off for the New Hampshire primary, but he has already missed several Democratic debates and other public forums.