This Groundbreaking FDA-Approved Study Will Use Marijuana Produced by a U.S. Company

CTPharma's collaboration with Yale researchers seems to be the first clinical trial involving U.S.-grown marijuana that is not supplied by the federal government. 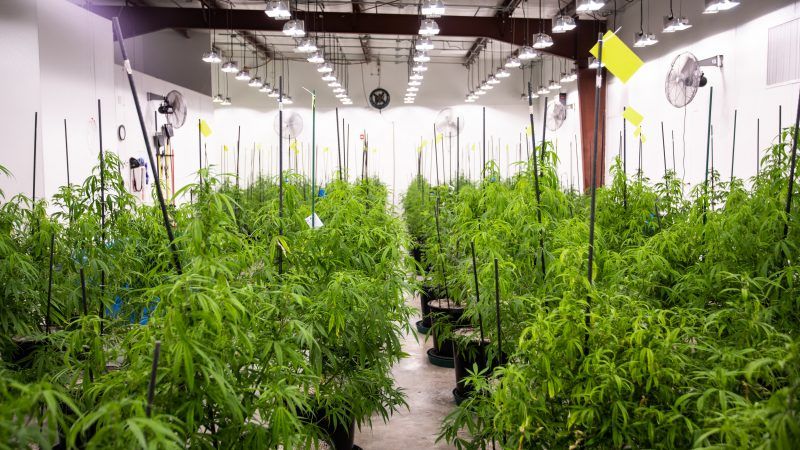 CTPharma, a Connecticut company that supplies cannabis products to dispensaries under that state's medical marijuana program, recently announced that it is collaborating with researchers at Yale University on a federally approved study of CBD and THC as treatments for pain and stress. This appears to be the first time that the Food and Drug Administration (FDA) has signed off on a medical study involving U.S.-grown cannabis from a source other than the National Institute on Drug Abuse (NIDA), heretofore the only legal supplier of marijuana for research in this country.

Researchers have long complained about the quality and variety of Uncle Sam's cannabis, which is grown at the University of Mississippi under an exclusive contract with NIDA. They have also noted that NIDA marijuana cannot be used for commercial purposes, which means it cannot be used in Phase III clinical trials, the last step before FDA approval of a new medicine. The drug that subjects take at that stage has to be the same as the drug that will be sold to patients once the medication is approved.

The Drug Enforcement Administration (DEA), which for years refused to license additional suppliers of marijuana, changed its mind in 2016, the last year of the Obama administration, when it announced that it would start accepting applications from would-be growers. But under the Trump administration, the DEA has dragged its feet in fulfilling that promise. As of August, Mike Riggs noted, the DEA had received 33 applications, but so far it has not granted any licenses.

CTPharma is not licensed by the DEA to produce marijuana. In fact, its entire operation, like that of every other state-licensed marijuana supplier, remains illegal under the federal Controlled Substances Act. It is therefore rather surprising that Yale researchers were allowed to use CTPharma's products—specifically, tablets containing plant-derived CBD and THC—in an FDA-approved Phase I clinical trial. "All the formulations are in tablet form," says CTPharma COO Rino Ferrarese. "The FDA wanted very specific formulations."

The study will be conducted at the Yale Stress Center, which is part of the university's medical school. Ferrarese says the DEA would not let a pharmacist at Yale dispense the tablets but withdrew its objections after the researchers proposed a different plan: The subjects will pick up their tablets at Affinity Health & Wellness, a dispensary in New Haven, and bring them to Yale for the study.

The first stage of the study involves recreational cannabis consumers who will be randomly assigned to receive either placebos or various doses of CBD, sometimes in combination with THC, over a six-week period. The second stage involves people with chronic pain. The researchers will record subjective drug effects, stress and pain ratings, heart rate, blood pressure, and blood levels of CBD, THC, and their metabolites.

Depending on what they find, the researchers may decide to include subjects with other conditions, such as post-traumatic stress disorder. "With increasing levels of use of medical marijuana products in the U.S. today," lead researcher Rajita Sinha, a Yale professor of psychiatry and neurobiology, said in a press release, "it is imperative that we understand the science of how these products are working to alleviate patient symptoms."

Ferrarese noted that "an English company has the only FDA-approved plant-based medical marijuana product in our market": Epidiolex, an oral CBD solution made by GW Pharmaceuticals from cannabis the company grows in the U.K. Last year the FDA approved Epidiolex as a treatment for two rare forms of epilepsy. CTPharma hopes to follow in the British company's footsteps, although the process may take three to seven years.

Meanwhile, CTPharma seems to have accomplished a first of its own. Ferrarese says he is not aware of any other FDA-approved study using marijuana produced in the United States that does not come from NIDA. "I'm pretty sure it's the first one," he says.

Update, January 15, 2020: The Yale/CTPharma study is now listed as a Phase I clinical trial at clinicaltrials.gov.