A Georgia Death Row Inmate Will Be Executed Tomorrow. New Evidence Says a Different Man Was the Shooter.

A witness and co-defendant is casting doubt on the testimony that sent Ray Cromartie to death row. 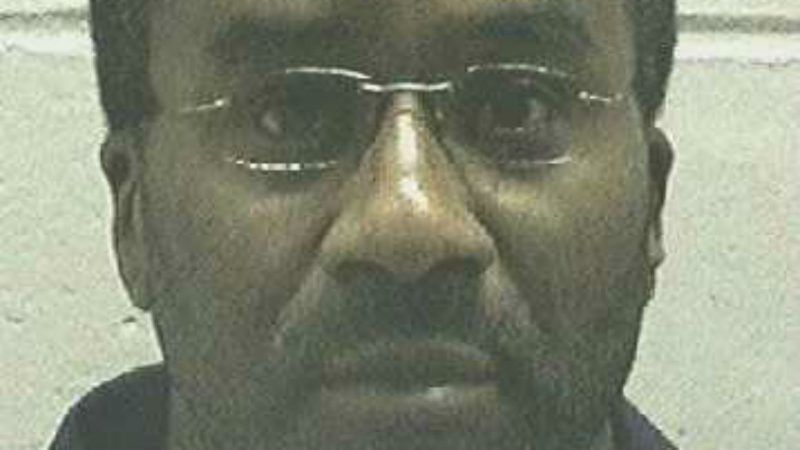 Lawyers are hoping new evidence will help the case of Georgia death row inmate Ray Cromartie, 52, just days before he is scheduled to die for the 1994 shooting death of store clerk Richard Slysz.

Cromartie will be killed tomorrow. Late Friday, lawyers filed a new motion containing a notarized affidavit (page 30) from one of Cromartie's co-defendants in the case, Thaddeus Lucas, who is also his half-brother. Lucas drove Cromartie and Corey Clark to the Junior Food Store in Thomasville the night of the robbery.

According to the affidavit, Lucas says that while he did not see what happened, he "later overheard" Clark talk about shooting Slysz in the face. Lucas says they were at a friend's apartment and Clark made the comment to one of the guests in the room.

"I have not wanted to talk about this before. I have not told anyone what Corey said about shooting the clerk because I was worried that it would ruin my life more than it already has," he said.

Lucas was convicted for his role in the crime and spent 10 years in prison because of it. He also said that he didn't believe his testimony would change the outcome of the case.

Why did Lucas choose to speak now? He said in the affidavit that reading about the case upset him because "because the story is not the truth of what really happened."

Clark ended up testifying against Cromartie on behalf of the state. It was Clark who identified Cromartie as the shooter. The affidavit filed on Friday notes that Clark had "clear motive to lie."

The affidavit also notes another person who testified against Cromarte. Carnell Cooksey was, at the time, a longtime friend of Clark and a recent acquaintance to Cromartie. Cooksey first testified that Cromartie told him he was the shooter, then changed his testimony in the state habeas proceedings, saying Cromartie didn't actually make the statement to him. (The court did not find the second testimony credible.)

Lucas is not the only one doubting the story of Cromartie being the shooter. The victim's own daughter, Elizabeth Legette, has previously asked the Georgia Supreme Court to approve DNA testing in the case as she has "serious questions about what happened the night my father was murdered and whether Ray Cromartie actually killed him."

No physical evidence ties Cromartie to the shooting. Prosecutors made their case based on Clark's testimony and low-quality security camera that showed a man with Cromartie's general description.

A coalition of community residents and religious leaders have signed a petition in support of DNA testing in Cromartie's case.