A newspaper staffed by the country's most famous journalism school says it shouldn't have covered a Jeff Sessions event. 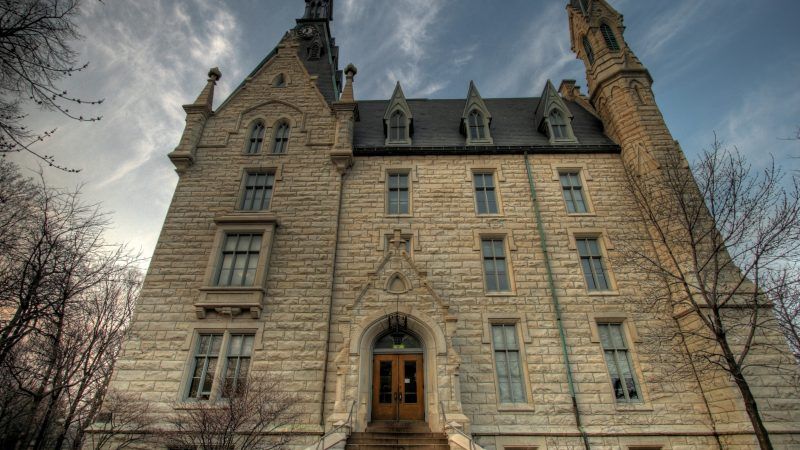 The Daily Northwestern is the student newspaper of Northwestern University, which is home to the Medill School of Journalism, one of the best regarded journalism schools in the country. Many Medill students work at the paper, reporting on the news.

At least that's what they used to do. If a recent editorial co-signed by the paper's top editors is to be believed, The Daily Northwestern will no longer fully report on campus events if the reporting runs the risk of making marginalized students feel unsafe or upset.

This is no exaggeration: Read the editorial if you don't believe me.

The incident that generated this sniveling, embarrassing apology was a recent visit to campus by former Attorney General Jeff Sessions. Sessions addressed the College Republicans while student activists protested the speech, objecting to the Trump administration's treatment of immigrants.

Some of the activists were apparently dissatisfied with the way The Daily Northwestern covered the event. This is not such a surprise: Activists are often dissatisfied when student papers maintain any objectivity whatsoever, as they believe that good journalism must itself be aligned with activist goals. At Harvard University, for example, student activists—as well as the student government—have demanded that the The Harvard Crimson stop quoting U.S. Immigration and Customs Enforcement (ICE) in articles about pro-immigration rallies.

To its great shame, The Daily Northwestern has apparently decided to cave to completely unreasonable demands. From the editorial:

On Nov. 5, former Attorney General Jeff Sessions spoke on campus at a Northwestern University College Republicans event. The Daily sent a reporter to cover that talk and another to cover the students protesting his invitation to campus, along with a photographer. We recognize that we contributed to the harm students experienced, and we wanted to apologize for and address the mistakes that we made that night—along with how we plan to move forward.

One area of our reporting that harmed many students was our photo coverage of the event. Some protesters found photos posted to reporters' Twitter accounts retraumatizing and invasive. Those photos have since been taken down. On one hand, as the paper of record for Northwestern, we want to ensure students, administrators and alumni understand the gravity of the events that took place Tuesday night. However, we decided to prioritize the trust and safety of students who were photographed. We feel that covering traumatic events requires a different response than many other stories. While our goal is to document history and spread information, nothing is more important than ensuring that our fellow students feel safe — and in situations like this, that they are benefitting from our coverage rather than being actively harmed by it. We failed to do that last week, and we could not be more sorry. …

Ultimately, The Daily failed to consider our impact in our reporting surrounding Jeff Sessions. We know we hurt students that night, especially those who identify with marginalized groups. …

Going forward, we are working on setting guidelines for source outreach, social media and covering marginalized groups. As students at Northwestern, we are also grappling with the impact of Tuesday's events, and as a student organization, we are figuring out how we can support each other and our communities through distressing experiences that arise on campus. We will also work to balance the need for information and the potential harm our news coverage may cause. We met as a staff Sunday to discuss where our reporting and empathy fell short last week, and we are actively re-examining how we'll address similar situations in the future and how to best move forward. …

The piece must be read in its entirety to be believed. It sounds like parody—something The Babylon Bee would make up for a fake article mocking progressive deference to the hypersensitive. (The Daily Northwestern's editor in chief did not immediately respond to a request for comment.)

Absent from the piece is any attempt to explain how covering the event, and taking pictures of it, undermined the physical safety of students. Reading between the lines, I gather that consuming news or seeing pictures relating to the event was deemed psychologically scarring by some activists in the marginalized community, and this is the harm the paper's editors wish to avoid in the future. If so, reporters would be unable to cover any event that involves even the slightest public controversy.

Is this what students at the country's most prestigious journalism school are learning these days? That self-censorship is the paper's best practice if someone is offended by what's happening in the world?

The Washington Post's motto is "democracy dies in darkness." I hope the newspaper doesn't hire too many recent graduates of Northwestern's journalism program: They sound way too eager to turn off the lights.