From Australia to Massachusetts, illegal gun makers step in to supply what legal markets aren’t allowed to produce. 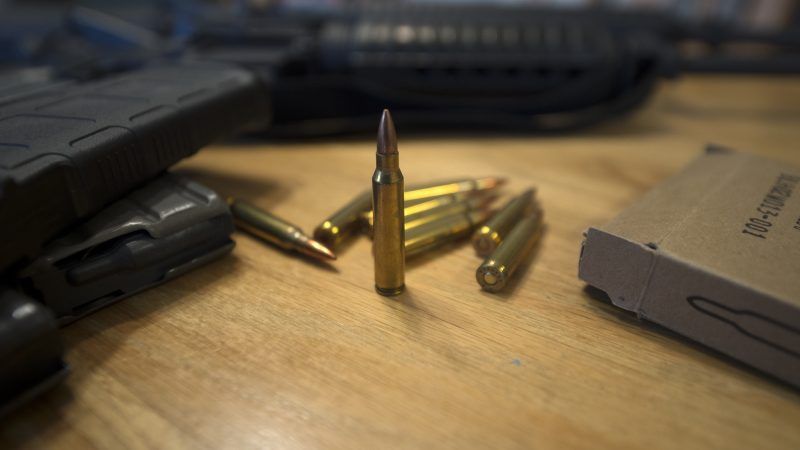 As a convicted felon, Bruce Sartwell isn't legally allowed to own firearms. But the regional president of the Outlaws Motorcycle Club obviously isn't the kind of guy who cares about what he's legally allowed to do; when he was arrested in East Bridgewater, Massachusetts, he was found to be in possession of a rifle he'd made himself, as well as unregistered "silencers" (sound suppressors), parts, and the equipment needed to manufacture more weapons.

The story of a criminal making guns that he needs for his "trade" is all very predictable if you've been paying attention to events around the world. It also casts further doubt on the claims of gun control advocates that their favored restrictions will make the country safer.

According to the U.S. Attorney for the District of Massachusetts:

On Oct. 30, 2019, a search warrant executed at Sartwell's residence resulted in the recovery of an AR-15 styled 'ghost gun' – a firearm without any manufacturing or serial numbers – and firearm manufacturing tools and assembly parts including milling equipment, buffer spring, buffer tube, air-powered water dremel polish and a drill press. Two firearm silencers concealed in false bottom compartments, a guide for assembly and disassembly of an AR-15 rifle, 20 knives, a black powder handgun, a flare gun, and various ammunition compatible with the AR-15 styled rifle were also found. In the basement of the house, a floor-length mirror concealed the entrance to a hidden storage area that was found to contain a safe with silencer parts and a firearm assembly instruction book.

The "up to 10 years in prison, three years of supervised release and a fine of $250,000" that Sartwell faces applies to possession of unregistered sound suppressors, but could also indicate that the rifle he made is fully automatic and therefore subject to (rather silly) special rules and penalties. After all, if you're a professional criminal and you've committed to off-the-books firearms manufacturing, the sky is the limit.

That's certainly been the case in Australia, whose relatively restrictive gun laws make many American political hopefuls swoon over dreams of licensing and confiscation. There, motorcycle gangs have evolved into sophisticated crime syndicates, and they've taken to manufacturing their own weapons. That often means submachine guns, sometimes in wholesale lots, as well as firearms disguised as pens and key fobs.

"Drivers for domestic illicit manufacture of (submachine guns) include their lethality, compact size and the fact that fully functioning submachine guns are not, and never have been, available to licensed firearm owners in Australia," according to the Australian Crime Commission (now folded into the Australian Criminal Intelligence Commission). "The simplicity of design of single-shot pen guns and key rings and the potential for concealment will continue to act as a driver for continued illicit manufacture of these firearms."

Ease of manufacture is another attraction of submachine guns. Many designs dating to World War II were specifically intended to be knocked out under the crudest possible conditions.

"A drill press, some welding equipment and blueprints from the internet are all that's needed to create one of these potentially devastating weapons, a fact that presents a real challenge for Israel and countries around the world that are trying to prevent such guns from winding up in the hands of terrorists and criminals," the Times of Israel noted three years ago about the proliferation of illegally manufactured submachine guns.

Submachine guns are the products of choice for Brazil's underground manufacturers, who have developed a remarkably supportive community despite their competitive efforts.

"Amateur gunsmiths exchange experiences, tips, and information about parts, weld types, and techniques openly in forums and comment sections. Knowledge exchange contributes to improved weapons manufacturing. In some cases, the differentiation between an artisanal weapon and an industrial weapon only comes from expert work," the BBC reported earlier this year (translated from Portuguese).

That the Outlaw Motorcycle Club's Sartwell didn't choose to make a simple submachine gun but built at least one AR-15 instead is probably an indication of the nuances of American culture. The AR-15 holds an iconic status in the United States, vilified by gun-haters and flaunted by supporters of self-defense rights. It's the default choice of long gun for many Americans.

Partially as a result of that preference, Americans have done a lot of groundwork for the informal manufacture of AR-15s (as well as other guns)—legally at the moment for most people. Eighty-percent receivers, necessarily unregulated (at some point it's just a hunk of metal, not a gun) but ready to be finished into an operating firearm component, are widely available. So are tools that could be used in any workshop for a host of projects—including making a firearm. Making guns has become a hobby, fueled by America's contentious politics.

And now we have 3D printers and CNC (computer numerical control) machines that ease firearm manufacture. That includes the Ghost Gunner CNC milling machine, which "is specially designed to manufacture a growing library of mil-spec 80 percent lowers to completion," according to its vendor, Defense Distributed.

None of this knowledge or capability is going away if authoritarian politicians follow through on their promises to impose tighter restrictions on firearms including so-called "assault weapons" like the AR-15.

Sartwell was caught because, as a gang leader with a criminal record, he was on law enforcement radar and he received dozens of packages from China that raised officials' suspicions. Upon opening a shipment, agents found a sound suppressor—a simple device that pretty much anybody can make at home but that's highly regulated and a crime for a convicted felon to possess. They subsequently raided his house and discovered his gun-manufacturing operation.

Most Americans haven't attracted that kind of attention and are perhaps less inclined to order felony convictions to their home addresses via international mail. Many thousands of people already have the skills and equipment to do what Sartwell did, but quietly and unobserved.

If politicians follow through on promises to further restrict the legal manufacture of firearms, they'll find Americans more than ready to emulate the defiant efforts of people around the world—often criminals, but also regular people unwilling to be disarmed by their governments. Rather than reinforcing the rule of law, tighter restrictions will unleash an uncontrollable underground firearms industry.