Director Mike Flanagan has made a Shining sequel that struggles to combine its two major influences. 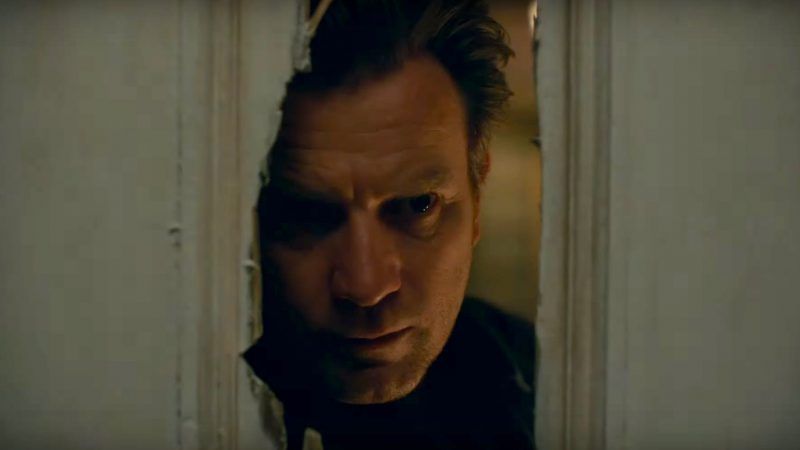 Doctor Sleep is the third attempt at adapting a Stephen King novel this year, and the third to show the difficulties of the task. The first two—Pet Semetary and the second part of It—were more conventional scary movies, culling surface-level thrills and chills from King books that worked at a deeper level of psychological terror. King's best work is interior, driven by mounting paranoia and obsession, a sense of inexplicable and inescapable dread. He's not trying just to make you jump out of your seat or recoil with disgust; he's trying to make you unsettled and afraid.

Writer-director Mike Flanagan's adaptation of Doctor Sleep works somewhat better on this front, staging several showy sequences of psychic warfare and managing a relatively consistent tonal strangeness, in which the timing of everything is just little bit distorted, like a 33 rpm record played at 45 rpm.

But Flanagan's flawed, frustrating adaptation faces another challenge as well: It's not just an adaptation of a King novel. It's also a follow-up to The Shining, director Stanley Kubrick's icy, gothic 1980 adaptation of King's 1977 novel of the same name. Kubrick's film has a devoted cult following—I count myself as a fan—but it has also endured its share of criticism over the years for the narrative and thematic liberties it takes with King's novel, with King himself the most prominent foe. How, then, do you make a faithful adaptation of a Stephen King novel that also manages to be a big-screen sequel to a movie that King himself hated?

Flanagan's approach is to combine the two, picking and choosing plot elements and thematic concepts from both the movie and the book, concocting a sort of King-Kubrick hybrid that works better than you might think but not quite as well as it needs to. Doctor Sleep often feels torn between its influences, unable to fully integrate its source material into a satisfying, synthetic whole.

Like King's book, the movie follows a grown-up Dan Torrance (Ewan McGregor, looking a little too Hollywood handsome to be completely convincing), an alcoholic drifter who finds community in a recovery group for addicts and work as an orderly in a nursing home. Over time, he becomes caught up in a plot to stop a group of quasi-immortals with various mental powers, led by Rose the Hat (a radiant, vampy Rebecca Ferguson), who brutally murder gifted children and consume their "steam," or psychic essence, in order to prolong their own lives. But their supply is running low, and they're on the hunt for a big score—which leads them to Dan and a young woman, Abra Stone (Kyliegh Curran), with more powerful psychic abilities than they've ever encountered before. It's a classic King setup, pitting distraught but moral individuals against the evil forces of supernatural selfishness.

But as several early scenes replicating famous moments from Kubrick's The Shining make clear, this Dan Torrance is not just the character from King's book. He's also the same one who rode the halls of the Overlook Hotel in Stanley Kubrick's movie. These replica scenes, which are staged with new actors playing parts once played by Shelley Duvall, Scatman Crothers, and, eventually and most disastrously, Jack Nicholson, are distracting oddities that at best serve as reminders of how marvelously distinctive the performances in Kubrick's film were. Indeed, I found myself wishing for digital recreations, however imperfect, rather than contemporary mimics who vaguely resemble their 1980 counterparts. It's a reminder that flesh and blood performers can be as stilted and lifeless as computerized simulacra.

The result is a movie haunted by both King and Kubrick, who linger over the proceedings like rival ghosts battling for influence over a sprawling, overlong film that wants to channel both.

In the end, however, Flanagan chooses neither. And this is where spoilers become necessary. You've been warned.

The final 40 minutes or so of the movie see Dan return to the Overlook, which he hopes to use as a weapon to defeat Rose. This sequence, which departs from King's novel, borrows heavily from Kubrick's staging, repeating and remixing several key moments, including a climatic staircase fight, a visit to the creepy old lady haunting room 237, and a run through a snowy hedge-maze.

In one way this plays like a gauche and ill-advised tribute to Kubrick, a sort of earnest and awkward reworking of the way Steven Spielberg revisited The Shining in Ready Player One.

But it also feels like Flanagan returning to home turf. Before Doctor Sleep, he produced a 10-hour adaptation of Shirley Jackson's The Haunting of Hill House for Netflix. Like Doctor Sleep, it was a slow-moving and occasionally saccharine tale of family fracture and therapy culture centered on a piece of grandly haunted real estate. Yet it mostly worked because the long-play format let Flanagan explore the emotional nuances of domestic disturbance, supernatural and otherwise. It was a supernatural story of familial dysfunction attached to a particular piece of property—which is what Doctor Sleep ultimately becomes.

The difference between the two Flanagan projects may inadvertently suggest why filmmakers so frequently struggle with King's material: His sprawling and psychological style simply isn't suited to the feature format, with its strict structural demands and prioritization of premise and pyrotechnics. Indeed, King's fiction, which prizes clear characters and moment-to-moment engagement over narrative concision, has been a key influence on the serial television boom. Why wasn't Doctor Sleep a TV series? I can't say for sure, but as a big-screen feature it is somehow both too long and too short, too uncertain about what it wants to be to be anything at all. Like Rose and her band of immortals, it eventually runs out of steam.