Daniel Lewis Lee would be the first death row inmate executed by the federal government in 16 years. 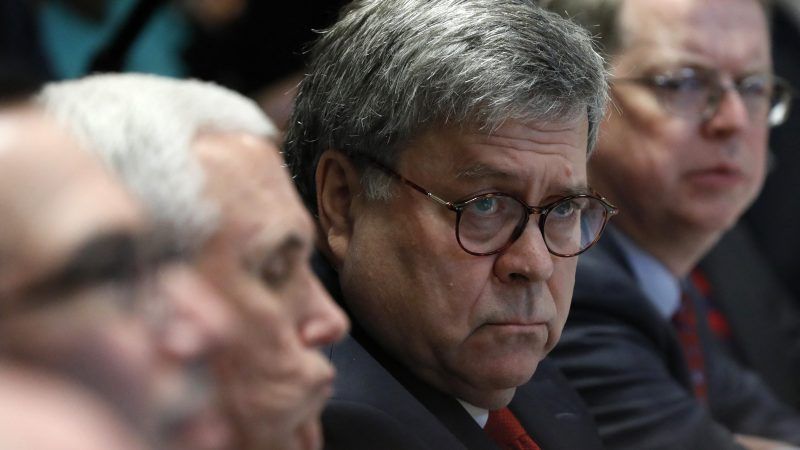 "Yes, Daniel Lee damaged my life, but I can't believe taking his life is going to change any of that," said Earlene Peterson in a video asking President Donald Trump to grant her daughter and granddaughter's killer, Daniel Lewis Lee, clemency:

Peterson's plea comes about a month before Lee's scheduled execution. Attorney General William Barr announced in July that the Department of Justice will resume executions after a hiatus of 16 years.

"I can't see how executing Daniel Lee will honor my daughter in any way. In fact, [it's] kind of like it dirties her name," Peterson said. She believes Lee's sentence ought to be reduced to life in prison without parole.

Barr's idea of justice contradicts Peterson's desires. Upon announcing that federal executions will resume, Barr said the government owes "it to the victims and their families to carry forward the sentence imposed by our justice system," (which, in this case, was death, given that Lee was sentenced back in 1999). Barr's belief apparently holds true even when the victim's family says they don't support the killer's execution.

In January 1996, Daniel Lewis Lee, a white supremacist, helped Chevie Kehoe murder William Mueller, Nancy Mueller, and her 8-year-old daughter, Sarah Powell, in Tilly, Arkansas. Lee and Kehoe ambushed the family outside of their house, questioned the family about where they kept their money and guns, and proceeded to shoot them with a stun gun, cover their heads with plastic bags, and seal them with duct tape after finding $50,000 in cash, guns, and ammunition in the family's house (William Mueller was a gun dealer who owned a collection of guns and ammunition). The pair then drove the bodies to the Illinois Bayou where they weighted them and threw them into the water.

Kehoe and Lee wanted the family's cash and guns to fund a group called the "Aryan Peoples Republic" and establish a whites-only country in the Pacific Northwest.

On May 4, 1999, a jury convicted Kehoe and Lee of three capital murder counts, racketeering, and conspiracy to commit racketeering. The jury delivered a verdict of life in prison without parole to Kehoe. Lee, on the other hand, was sentenced to death on May 14 for committing the same crimes as Kehoe.

Peterson thinks that this outcome is unjust and has petitioned President Donald Trump—she voted for him in 2016 and plans to do so again—to grant Lee clemency. Lee is the first of five federal inmates on death row Barr is looking to execute. His execution is scheduled for December 9.

Lee ended up on federal death row instead of Arkansas' death row because he was found guilty of conspiring to violate and violating the "Racketeer Influenced and Corrupt Organizations Act" (RICO). RICO allows a case that would typically be prosecuted at the state level to be prosecuted by the federal government if an individual committed at least two instances of 35 potential crimes within 10 years while acting as part of an ongoing criminal organization (in this case, the Aryan Peoples Republic).

"Chevie Kehoe was dressed very nicely, like a young businessman, and Daniel Lee was not," Peterson said, noting that Lee was missing an eye and had a swastika tattooed on his neck. "He looked like an outlaw," and "was instantly judged the minute he walked into the courtroom," she says.

Both the presiding judge and the leading federal prosecutor in the joint trial, U.S. District Judge G. Thomas Eisele and Dan Stripling, wrote separate letters to then-U.S. Attorney General Eric Holder and U.S. Attorney Christopher Thyer in 2014 expressing their disagreement with the difference in sentencing.

The return of the federal death penalty brings with it a host of dangers. Most notably, it eliminates the possibility that inmates may later be exonerated when new evidence appears. Across the country, 166 people have been exonerated while on death row over the past 50 years.