A Tale of Two Tech CEOs: How Zuckerberg and Dorsey Differ with Cryptocurrency 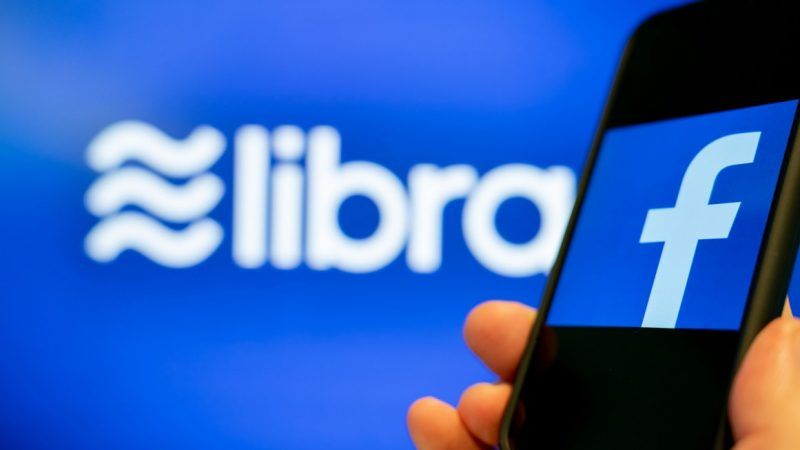 It would take a lot to make the technology and cryptocurrency press feel bad for Mark Zuckerberg. Last month's brutal House grilling of the infamous Facebook CEO seemed to do the trick.

It was easier than many might have thought to pity the Libra project's unintended figurehead as he was called to personally account for the ills of racial inequality, online crime, and foreign conflict—as if he personally willed these devils into the world. Jeez, does the guy have to solve world hunger, too?

While the spectacle was ostensibly a testimony on the imperiled Libra payment system rollout, it quickly devolved into an "I don't like Facebook" video op. Representative after representative took to the mic to chastise Zuckerberg about their own particular bugaboos—election interference, data privacy, political ads, censorship—often with little regard to the topic at hand.

If you were hoping to learn more about how Facebook intends to structure the Libra network at the House Financial Services Committee hearing, you came to the wrong place. This summer's testimony with the decidedly less-soundbite-worthy Calibra head David Marcus yielded much more relevant and interesting questions, although there was a good amount of random Facebook-bashing there, too. Politicians just can't help themselves around a good punching bag.

And Zuckerberg did Congress a big favor in making himself especially punchable. This is not a snark about Mark the person: I'm talking specifically about the way he chose to structure his still-unborn (and maybe never-to-be-born) payment network.

Libra is often called a "cryptocurrency," but if it is, it's a weird one. It's not "open to anyone" like permissionless systems are; you need to be part of the hand-picked Libra Association in order to run the network. Libra Association members are scarce and very identifiable. This means they make prime targets for politicians seeking to exert control.

Compare Libra to a true permissionless network like Bitcoin. If politicians wanted to shut Bitcoin down, what could they do?

Good luck finding Satoshi. Bitcoin's pseudonymous creator did both himself and the network a huge favor by remaining unknown. He can't be wheeled out to face any catty congresscritters' absurd demands, nor can he be pressured to change the network in a more government-kosher direction.

Nor could Congress have any hope of subpoenaing each Bitcoin node operator: there are simply too many of them, and anyone can connect or disconnect from the network at any time.

This is very different from Libra, which not only has a small list of very public potential operators, its public face is one of American's most infamous men.

When I last wrote about Libra for Reason, I predicted that governments would target Libra Association members and convince them to fold. This happened quickly.

Most of the legacy financial institutions that lent credibility to the venture—like Visa, Mastercard, and Marcus's former colleagues at PayPal—dropped out of the project after receiving threatening letters from politicians or bad press.

The Libra Association pushed ahead with smiles through the turmoil, naming a crypto-star-studded new board at its inaugural member meeting. Still, you have to think the fallout—predictable though it may have been—stung.

Many suggest that Libra's sour welcome results from Facebook's (and perhaps cryptocurrency's) bad reputation. I think that's only partly true.

To understand why it is Libra's very structure that invites controversy, we can compare Mark Zuckerberg's approach towards cryptocurrency with that of another CEO of a controversial tech platform: Jack Dorsey.

Twitter's CEO faces many of the same criticisms that Zuckerberg does. While Twitter is much smaller than Facebook, its role as a gatekeeper for speech invites similar problems. Twitter has also been castigated for censorship, foreign influence, and allowing certain kinds of speech. It's hard for social media platforms to please everyone. So most people end up pretty peeved about Twitter's content policies most of the time.

You might think that this controversy over Twitter's content moderation would follow Dorsey's cryptocurrency endeavors. It hasn't, and it's in part because of the alternative path that Dorsey chose to pursue.

Dorsey did not try to build his own cryptocurrency from scratch, let alone anoint himself and a few allies as privileged network validators. Rather, he chose to build on Bitcoin.

Many people don't know that Dorsey also owns Square, which is a fintech company that offers the popular Cash payment app. The Cash App makes it really easy for people to pay each other. It is also one of the easiest ways to buy, sell, and deposit Bitcoin, and it has won surprising accolades from the notoriously hard-to-please cryptocurrency community.

Square differs from a lot of other cryptocurrency platforms, too. Many of the popular exchange and wallet services, like Coinbase, allow a host of cryptocurrencies to be traded on their platforms. This can invite controversy and regulatory scrutiny.

For example, if Coinbase employees were to buy a bunch of a certain cryptocurrency before they knew their company was going to list it, which would be sure to increase the price, that would look like insider trading. Or if Coinbase decided to list a cryptocurrency that the Securities Exchange Commission (SEC) eventually rules is an unlicensed security, that would create big legal problems.

Square sticks to Bitcoin, which is the oldest and therefore most vetted of the bunch. Because it's been around so long, the regulatory issues around Bitcoin are far more settled than some of the newer and more exotic offerings over which other platforms' lawyers agonize.

And Bitcoin is solidly permissionless, unlike other cryptocurrencies that may selectively make changes to benefit certain user groups. Sticking with Bitcoin means that Dorsey cuts down on potential corruption or regulatory risks while still offering a solid cryptocurrency product to Square users. Square is simply beholden to the same rules as other custodial payment networks.

For these reasons, it's unlikely that Dorsey will ever have to humble himself before Congress and beg for permission to continue his crypto-dabblings. He's just another Bitcoin businessman, not the privileged leader of a would-be permissioned network.

Dorsey could have easily chosen to throw his millions at a custom-built cryptocurrency. In fact, Zuckerberg invited him to. But when the Libra team approached Square about joining the Libra Association, Dorsey said, "hell no!" He specifically recoiled at the fact that Libra is "not an internet open standard" and therefore is "not consistent with what I personally believe and what I want our company to stand for." Eschewing the Association also removes Dorsey from any Libra-related political crosshairs, which is surely a headache that the Twitter CEO does not need.

I don't want to toot Dorsey's horn too much. Just last week, for instance, Twitter announced that it would ban political ads on its platform. This places Twitter in the position of needing to determine what a political ad is—does fawning news coverage count?—and introduces a political subjectivity shrouded by faux neutrality. Compare to Facebook's surprising decision to largely remove itself from this determination.

So it's really not about Jack Dorsey the man or Mark Zuckerberg the man. They have both made their fortunes building trusted third party-based social networks, with all the attending problems.

But when it comes to their approaches to cryptocurrency, Dorsey and Zuckerberg hold quite different cryptocurrency philosophies, and the potential blowback they can face follow from their visions. Dorsey just needs to worry about being a good custodial steward—he's not trying to be a pre-doxed Satoshi. Zuckerberg, on the other hand, has decided to paint a huge target on his and his network's backs. We shouldn't be surprised if state pressure eventually causes Libra to compromise itself or shut down completely.