Inmates complained for years that they were in fear for their lives. Now one of them is a quadriplegic. 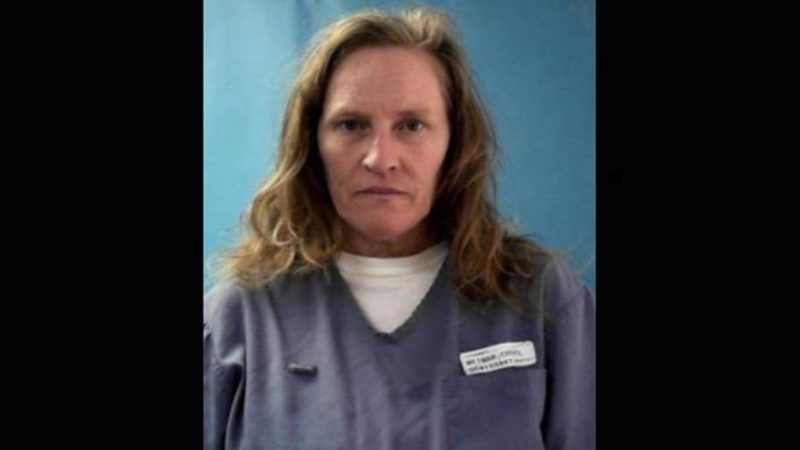 A Florida prison guard accused of breaking a female inmate's neck in a vicious attack has a decadelong history of complaints against him alleging excessive force, verbal and physical abuse, and trading contraband cigarettes for oral sex.

Florida inmate Cheryl Weimar filed a civil rights lawsuit in September after an assault by several guards at Lowell Correctional Institution, the largest women's prison in the state, left her hospitalized and paralyzed from the neck down. The attack led to national media coverage, outrage from state lawmakers, and ongoing investigations by Florida authorities. However, the suit did not name any of the guards until now.

An amended complaint filed Thursday, first reported by the Miami Herald, named correctional officers Keith Turner and Ryan Dionne in the lawsuit. The suit says that the Florida Department of Corrections (FDOC) "had notice that—based on Defendant Turner's violent, threatening, and abusive conduct towards women based on dozens of inmate complaints against him—Defendant Turner posed a risk to female inmates."

Incident reports provided to Reason by Weimar's lawyer, Ryan Andrews, show Turner has been accused by inmates of a litany of misconduct since 2009. Inmates said he made inappropriate sexual comments, threw an inmate's complaint in the trash, used racial slurs, and sprayed them for "chemical restraint" agents for no reason.

In 2014, an inmate told sheriff's deputies that Turner and another correctional officer were trading contraband cigarettes in exchange for oral sex, and that she had witnessed Turner receiving oral sex "three to four times."

Several complaints alleged physical abuse, such as smashing inmates' heads against walls, body slamming them, and in one instance dragging an inmate across the ground, similar to what allegedly occurred in Weimar's case. Numerous inmates, including one who wrote to the Florida governor's office, said they were in fear for their lives from Turner.

In another 2019 complaint, an anonymous letter claimed Turner had punished an inmate by leaving her handcuffed in 93 degree heat for three hours without water.

"The letter states Lt. Turner let the inmate sit outside in the hot brutal weather to punish her, and cameras were only in certain areas as he knows to do this punishment," the incident report states. "Lt. Turner was calling this inmate a fat pig and other vulgar names like he always speaks to inmates."

Last August, the Justice Department launched a civil rights investigation into pervasive misconduct and sexual assaults by correctional staff at Lowell. A 2015 Miami Herald investigation found numerous accusations of assaults, retaliation, filthy conditions, inadequate healthcare, and suspicious deaths at the prison, as well as "an inadequate number of cameras," which allows guards to hide brutality.

Ryan Dionne, the second correctional officer named in the suit, was arrested in 2013 for domestic battery, according to an arrest affidavit. The Miami Herald reported that the case against Dionne was ultimately dropped. However, Andrews says Dionne's criminal history should have precluded him from being hired as a correctional officer in the state.

"What happened to Cheryl was completely avoidable had FDC not fallen asleep at the HR wheel, like it always does," Andrew says. "I have yet to see a case of an inmate beating by guards that was not avoidable."

The records do not make clear if the complaints were substantiated or if Turner faced disciplinary consequences for any of them.

On Aug. 21, Weimar complained that she couldn't clean toilets because of pain from a pre-existing hip condition. This led to a confrontation with Turner and Dionne, according to Weimar's lawsuit. Weimar, who has a history of mental illness, tried to declare a psychological emergency. Under department policy, the guards should have called for medical personnel.

Instead, Weimar's lawsuit alleges, Turner and Dionne slammed her to the ground and began beating her. At least one guard elbowed the back of her neck, the suit says. Weimar was then dragged "like a rag doll" to an area not covered by surveillance cameras.

She is now confined to a hospital bed in a medical unit across the street from Lowell. According to the suit, she recently regained the ability to breath without assistance but still requires a feeding tube.

Following Weimar's hospitalization, the FDOC said the then-unnamed correctional officers had been reassigned to roles where they would not be in contact with inmates.

"The Florida Department of Corrections has processes in place to identify, report, investigate, terminate and arrest, as applicable, those who violate our standards of professional conduct," FDOC Secretary Mark Inch said in a statement provided to Reason. "I have made it very clear that we have zero tolerance for abuse and have taken swift action to hold correctional officers accountable, when we have substantiated evidence against a staff member for misconduct."

"We will continue to fully cooperate in FDLE's open and active case and will exercise the patience necessary to get all of facts," Inch continued. "If any individual is found to have acted outside their authorities, we will take action against them."