Students should avoid e-cigarettes because they "have chemicals in them," a lesson warns. 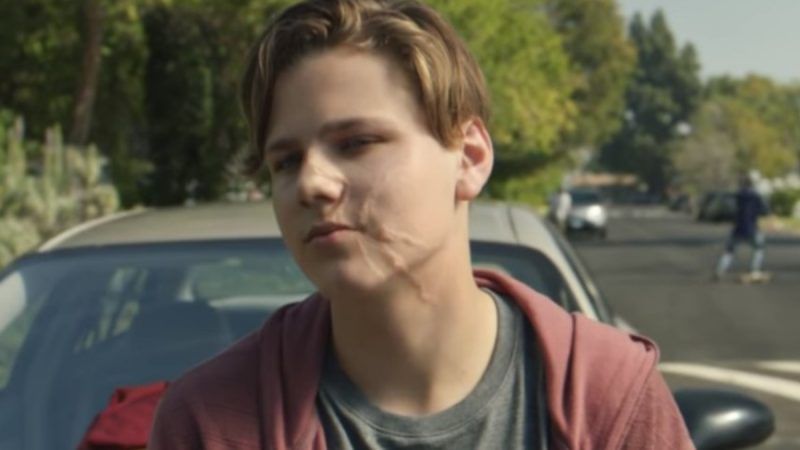 In response to the "epidemic" of underage e-cigarette use, public schools are deploying the tried-and-true method of lying to children about the hazards of drug use, because how could that possibly backfire? A misinformation sheet about vaping, published by the Florida-based Nemours Foundation and distributed to eighth-graders at my daughter's school in Dallas, illustrates this approach, making scary claims that can easily be debunked by anyone with an internet connection.

The handout, written by Florida physician Lonna Gordon, repeatedly conflates legal, nicotine-delivering e-cigarettes with the black-market cannabis products that have figured prominently in the recent outbreak of vaping-related lung injuries. After incorrectly defining e-cigarettes, which do not contain tobacco and do not burn anything, as "battery-powered smoking devices" (emphasis added), Gordon says they use "cartridges filled with a liquid that usually contains nicotine."

As far as Gordon is concerned, you can be addicted to a substance even if you use it only occasionally, which suggests that any pattern of drug use is indistinguishable from addiction. That does not make much sense, but it's convenient for alarmists who warn that e-cigarettes are hooking an entire generation of young people on nicotine, even though frequent use remains rare among teenagers who don't smoke.

Gordon claims "studies show that vaping makes it more likely that someone will try other tobacco products, like regular cigarettes." What the studies actually show is that teenagers who vape are more likely to try cigarettes than those who don't vape. The causal interpretation that Gordon presents as a fact is a matter of dispute, since pre-existing differences could account for this correlation. The weight of the evidence, including the fact that smoking has fallen to record lows among teenagers as e-cigarette use has surged, indicates that vaping is, on the whole, replacing smoking rather than promoting it.

Even if teenagers vape nicotine-free e-liquids, Gordon says, they should still be worried, because those fluids "have chemicals in them." You know what else has chemicals? Everything kids eat, drink, and breathe, not to mention the kids themselves and every object they interact with.

These silly warnings, which echo pseudoscientific anti-vaping propaganda from government agencies such as the Food and Drug Administration and the Massachusetts Department of Public Health, might scare some especially credulous teenagers away from e-cigarettes. But at what cost?

If schools want students to believe and act on the health advice offered in class, they should try telling the truth. As it is, they are perverting science education and undermining critical thinking while spreading potentially dangerous misinformation. If e-cigarettes are as deadly as Gordon implies, students might reasonably conclude, maybe they'd be better off smoking, even though that is indisputably a much more dangerous source of nicotine. For students who see through this nonsense, the main message, as with drug "education" generally, is not to trust people in positions of authority, which is a salutary lesson but probably not the one that schools are trying to teach.