Massachusetts Bill Would Impose $200 Fines, 6 Months in Jail for Using the Word 'Bitch'

The bill is an obvious First Amendment violation says Jim Manley of the Pacific Legal Foundation. 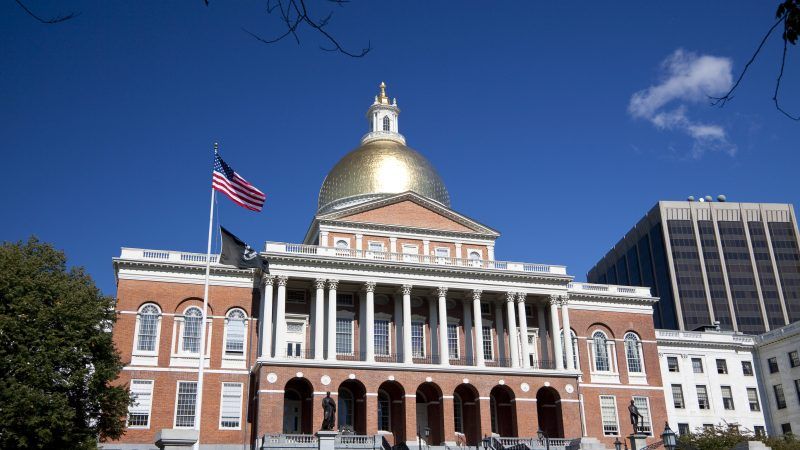 Massachusetts is taking the fight against nasty words to the next level with a new state bill that would ban the use of the word bitch in certain contexts.

State Rep. Daniel Hunt (D–Boston) has put forward H. 3719 that would prohibit the use of the big, bad b-word when deployed to "to accost, annoy, degrade or demean" another person. Anyone who did so would be considered a "disorderly person" under state law.

Penalties could include fines of up to $200 or six months in jail. Hunt's bill specifies that either the person called a bitch or a witness to the bitch-calling could report the crime to the police.

Hunt introduced the bill back in May. It was assigned to the Massachusetts legislature's Joint Committee on the Judiciary last week, which will have a hearing on it today.

The Massachusetts GOP has already criticized the bill as government overreach and an attack on free speech, reports Boston.com.

Specifying that the use of the word bitch could be a criminal act at the very least seems superfluous given that Massachusetts' disorderly conduct law already bans any "offensive and disorderly acts or language" used to "accost or annoy another person."

"As the Supreme Court has said there's no happy talk requirement in the First Amendment. You cannot ban a word when it's used to annoy someone but let them use the word when they are using the word in a positive way," Manley tells Reason. "There's no confusion about this point of law."

"Legislatures," he says, "can't just pluck words out of the dictionary and ban them."

In an interview with the Boston Herald, Hunt has defended his bill by saying that it was introduced at the request of an unidentified constituent and that even if it didn't survive a constitutional challenge, it could still be educational for otherwise apathetic citizens.

"This might also illuminate the exhaustive legislative process for people that might not normally be engaged," Hunt told the Herald.

Manley counters that pushing a clearly unconstitutional law through the legislative process is a colossal waste of time.

"What he is proposing is wasting tremendous public resources," says Manley. "Not only the resources that go into having the bill go through the legislative process. If by some horrible unconstitutional miracle, it got passed, then courts would have to spend time striking it down."

Needless to say, calling someone a bitch is often not a nice thing to do. But singling out specific words for prohibition is very clearly a violation of the First Amendment. Should such a law pass, it would introduce all sorts of problems of arbitrary or malicious enforcement.

Update: Hunt clarified late Tuesday that the bill in question was filed on behalf of a constituent exercising her right to directly petition the legislature. Massachusetts' constitution allows citizens to author and introduce bills directly into the state legislature. A legislator is still required to sign and file a citizen's bill. Most legislators file citizen bills even when they do not necessarily support the underlying legislation.