"Getting both sides isn't always what is fair." 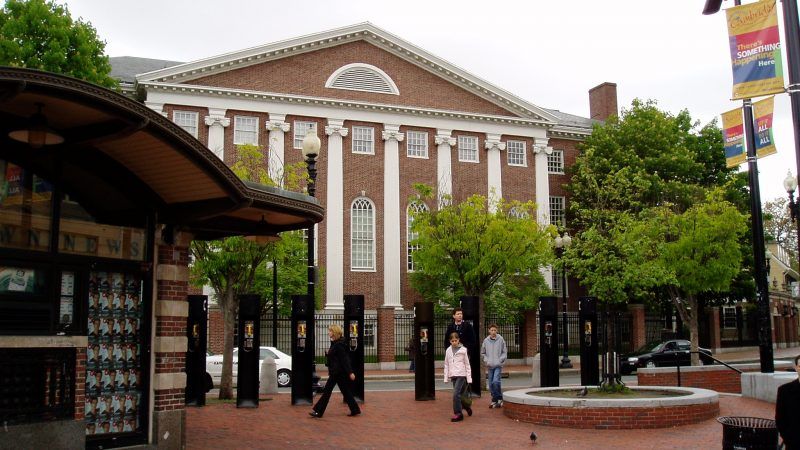 Harvard University students have started a petition denouncing the campus newspaper, The Harvard Crimson, and calling on its staff to apologize.

What did the Crimson do wrong? Absolutely nothing.

Last month, campus-affiliated protesters held an event calling for the abolition of Immigration and Customs Enforcement (ICE). The Crimson covered the rally, and interviewed some of its leaders. In keeping with general journalistic practice, the paper also reached out to ICE itself, seeking comment. None was given.

This action—which, again, is standard practice for journalists—has apparently infuriated the activists.

"In this political climate, a request for comment is virtually the same as tipping [ICE] off, regardless of how they are contacted," wrote the activist group's leaders in their petition, which now has more than 650 signatories. "We strongly condemn their decision to uphold a policy that blatantly endangers undocumented students on our campus."

The petition demands that the Crimson "apologize for the harm they inflicted on the undocumented community," "critically engage with and change their policies that require calling ICE for comment," and "declare their commitment to protecting undocumented students on campus."

The Crimson is standing by its coverage, and published a subsequent article in which several experts on journalism ethics were quoted in support of the paper's actions:

Society of Professional Journalists President Patricia Gallagher Newberry said it is "wholly appropriate" that The Crimson contacted ICE to respond to criticisms of the agency.

"You're not calling ICE to call out an individual person who might be in our country without the documentation required by ICE. You're simply asking for it to respond in a holistic way to the Abolish ICE Movement," Gallagher said.

Gallagher said she is "sympathetic" to Act on a Dream's concern regarding The Crimson's coverage, but does not see in this particular case how an individual person could be harmed by a request for a "general comment."

Diana Mitsu Klos, director of engagement at the Student Press Law Center, said it was The Crimson's "journalistic duty" to contact ICE because of the agency's central role in the protest.

I'd be perfectly happy if the government defunded ICE immediately. But merely asking the agency's communications staff to comment on a pertinent issue does not put any single person's immigration status in jeopardy. Here we apparently have another example of student activists' ill-defined safety concerns being cited as a reason to abandon an important practice.

I reached out to the activist group, Act on a Dream, for comment, and will update this post if I hear back.

Feuds between activist students and journalists who wish to cover their events are a major theme of my book, Panic Attack: Young Radicals in the Age of Trump. Order it here.