It’s far from clear how any of the reforms championed by AOC and Bernie will truly challenge the public education status quo. 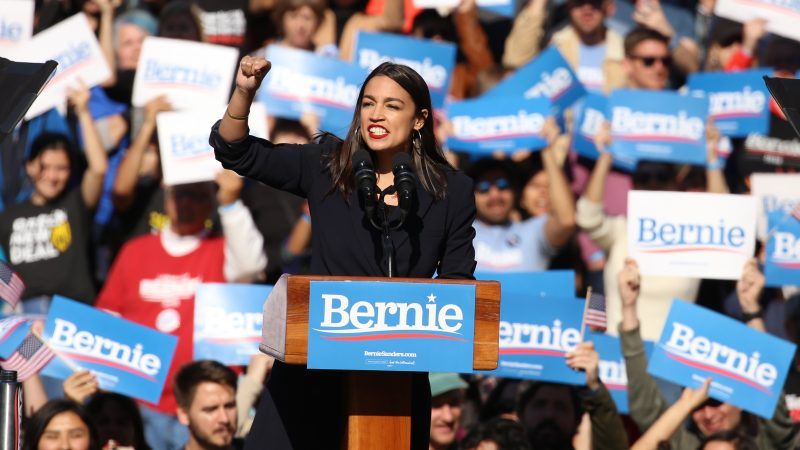 The young congresswoman shared a childhood story about how her family made financial sacrifices to leave the Bronx and buy a house in Westchester so that she could attend school in a higher quality district. "My family made a really hard decision," she remarked as she lamented the inequities of the school system. "That's when I got my first taste of a country who allows their kids' destiny to be determined by the zip code they are born in."

Ocasio-Cortez correctly identified the problem: A better education shouldn't only be an option for families that can buy property in other districts. And she's right to call out a school system that has historically shortchanged minority communities.

But the policy remedies she offers would only make the problems with our education system worse. Her quick pivot to advocating for expansions of government programs to reduce income inequality reveals how Ocasio-Cortez views problems in the education system: as only a piece of a larger puzzle. Giving disadvantaged kids access to a better education, in her view, can only be done through comprehensive reforms that minimize differences between school districts in the first place.

But why are sweeping reforms the only solution? Disadvantaged families shouldn't have to wait until the democratic socialist vision for America is fully implemented to have a better education for their kids. In fact, it's far from clear how any of the reforms championed by Ocasio-Cortez and Sanders will challenge the public education status quo at all.

Last I checked, they have no plans to do away with school district boundaries or give more families the ability to make the decision Ocasio-Cortez's family did in choosing a better school. Meanwhile, Sanders has done just the opposite by calling for a moratorium on charter schools—which are a popular alternative to district schools for more than 125,000 New York City children (including many in the Bronx).

The 2020 Democratic primary challengers seem to be pushing the party in a more progressive direction on a broad range of policy issues such as healthcare and environmental regulation. But when it comes to K-12 education, most of the Democratic front-runners are steadfastly committed to the established system and enthusiastic about stopping the expansion of school choice and other education reform initiatives.

In her remarks, Ocasio-Cortez mentioned poor teacher pay as a major reason for why the public education system fails to serve disadvantaged kids. Teacher compensation is a valid concern, but she should step back and ask larger questions about why schools can't give higher salaries to the teachers they want to keep in the first place, and why many families are on waiting lists for charter schools even though they operate with fewer dollars per pupil. If the school system is going to work better for all children, more families need to be empowered to vote with their feet and attend a school that works best for them—whether they have the ability to buy a house in another district or not.

Christian Barnard is a policy analyst at Reason Foundation.