HBO's Catherine The Great Is All Glamour, Little Substance

Screenwriter Nigel Williams seems to have thought he was working on Fast Times At Moscow High. 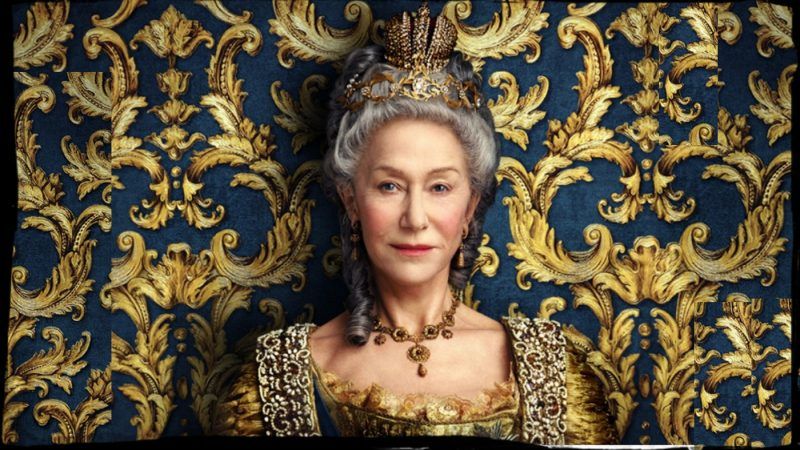 TV quiz of the week: Who sobbed, to a boyfriend marching off to war, "You will come back, you will, you must!"? Veronica to Archie on The CW's Riverdale, or Empress Catherine to Prince Potemkin on HBO's Catherine The Great?

Okay, you probably guessed correctly that this dialogue comes from HBO's grandiose new miniseries. But admit it, if I'd said Betty instead of Veronica, it would have been a much tougher call. There's a thin line between costume-drama soap and comic-book sophomorica, and Catherine The Great—even without those endearing girl-meets-horse romance tales we all adore—practically erases it.

Mariticide, regicide, polyamory, and the random decapitations of annoying persons have all become standard, amoral adornments of historical romances. But a romantic drama that treats the Russo-Turkish wars (total killed in action: somewhere north of 500,000) as nothing more than a costume change is really something special.

The feed-me-a-chocolate-while-I-castrate-this-Cossack lovers in this tale are Catherine the Great, who seized the Russian crown in a military coup in 1762 and ruled until 1796, and the best of her (many) boyfriends, army commander Grigory Potemkin, better known in the west as the inventor of so-called Potemkin villages.

Catherine's reign, with Potemkin's able military assistance, was a tempestuous one. Prussian-born, lacking a clear legal right to the throne, and possessing one too many X chromosomes for many of her subjects, she was beset by continual palace intrigue and peasant revolt. Her main accomplishment may have been to have hung onto power for three decades before dying peacefully in bed. (And no, not a stable.)

She took the throne promising to abolish serfdom. That never happened, though she did issue the bold Manifesto on Freedom of the Nobility, which struck down conscription of anybody with a "Sir" in front of his name. Much of her reign was spent at war—with Turkey, Poland, Persia, Sweden and nearly everyone else who looked like a fat mark. Her military adventures expanded Russia's borders 200,000 square miles.

In short, there's a zesty story to be told here. But it mostly isn't in this miniseries. Screenwriter Nigel Williams (Showtime's Elizabeth I) seems to have thought he was working on Fast Times At Moscow High. His script is a directionless maze of coy will-they-or-won't-they coquetry, punctuated by an occasional reference to, hey, those peasants look like they want to, like, disembowel us, what's their damage? This is scarcely an exaggeration. Actually line uttered by Catherine to one of her noblewoman pals: "War, war, war, war! All I want to do is talk about sex."

Those words are spoken by Helen Mirren, who plays Catherine. That's how addled Williams' screenplay really is—with one of the most accomplished actresses in the English-speaking world at his disposal, he puts Jackie Collins dialogue into her mouth.

And yet Mirren and her co-star Jason Clarke (Chappaquiddick) as Potemkin are so talented, and so magnetic together, that Catherine The Great is watchable and even enjoyable. They share a stony  intensity, a regal carriage, and a martini-dry wit that at time elevates Williams' pedestrian dialogue into something classic.

Mirren, staring sternly at a supplicant: "It's a mistake to ask rich people for money. How do you think they got rich? By giving it away?" Clarke, shrugging that the country will just have to bear up under the heavy taxes required for the latest war: "What is a great kingdom but highway robbery?" (That one was actually lifted from St. Augustine; a pity he couldn't have been retained to doctor the script.)

"Our Russia will be truly and eternally great," Catherine tells her court at the start of her reign. Maybe not, but it sure was pretty.