Illinois abolished the death penalty in 2011. 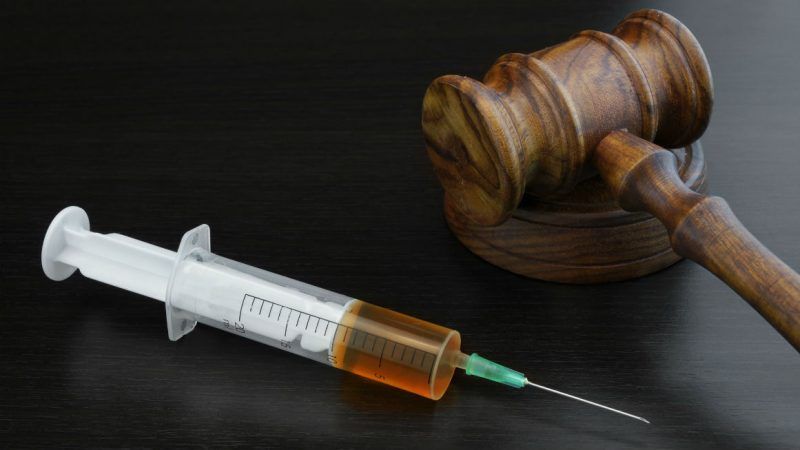 An Illinois lawmaker has filed a bill to reinstate the death penalty in hopes that it will deter violent crime, such as mass shootings.

McSweeney told the Daily Herald, "We still have violence and violent criminals in Illinois, and I hope we get [the death penalty] back. We need to get tough on crime."

"Illinois itself saw 12 people exonerated from its death row before the state ultimately did away with this broken, big government failure. It would be foolish to think the system would run any better were it to be reinstated. Lawmakers should instead focus on programs that actually work to deter crime; the death penalty isn't one of them," Hannah Cox, national manager of Conservatives Concerned About the Death Penalty, tells Reason.

John Hanlon, executive director of the Illinois Innocence Project, told WTVO, "The death penalty is not an effective deterrent…The chances of making a mistake with an innocent person, I don't care how many steps are in place, there is always a chance of an innocent person being sent to death row, and that should be everyone's ultimate nightmare."

Hanlon added that the death penalty is, more often than not, just a political tool for politicians to be able to label themselves "tough on crime."

While McSweeney might not have much bipartisan support in his own state, his desire to reinstate the death penalty as a violent crime deterrent is also having a moment at the federal government level.

The Trump administration announced in July that it would resume capital punishment. Shortly after, President Trump directed the Department of Justice to propose legislation that would ensure death penalty sentences for mass murderers and people convicted of hate crimes. Trump urged for "capital punishment be delivered quickly, decisively, and without years of needless delay."

These calls ignore the realities of the death penalty, including its high cost, the significant threshold for error, and, most glaringly, its failure to actually deter criminals.

Related video: Three Reasons to Get Rid of the Death Penalty