Federal agencies evade the rulemaking process, yet still levy fines, revoke permits, and seize property via “guidance.” Trump’s orders may put a stop to this practice. 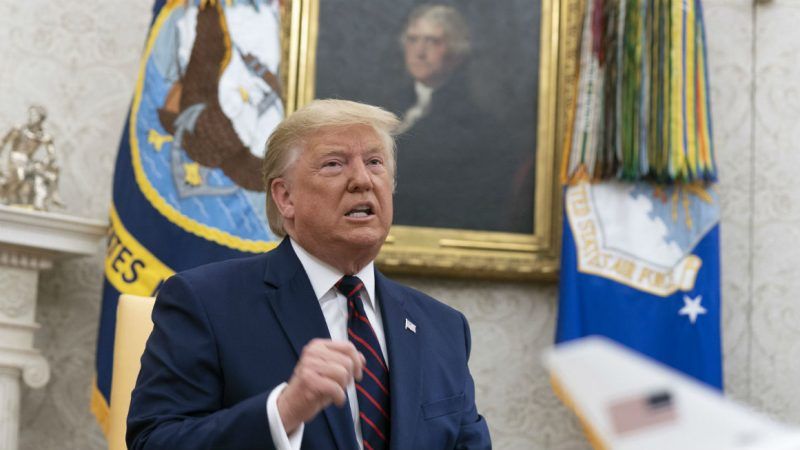 The first order declares that its goal is "to ensure that Americans are subject to only those binding rules imposed through duly enacted statutes or through regulations lawfully promulgated under them, and that Americans have fair notice of their obligations."

The second complements the first, promising that Americans will not "be subjected to a civil administrative enforcement action or adjudication absent prior public notice of both the enforcing agency's jurisdiction over particular conduct and the legal standards applicable to that conduct."

That's all well and good, but how could two executive orders fundamentally change the administrative state and the presumed authority it has amassed in over a century of unlawful accretion of power? They target a specific, pernicious tool of federal agencies—guidance—by employing a new regime that is elegant in concept and elementary in operation.

Federal agencies issue memoranda, notices, letters, bulletins, circulars, directives, and blog posts (among other things) to evade the rulemaking process established by Congress in the Administrative Procedure Act (APA). Agencies euphemistically refer to these documents as "guidance." Guidance has been responsible for revoking permits to conduct business, barring Americans from working in their chosen occupations, prohibiting taxpayers from taking deductions, levying post-conviction penalties for crimes, and seizing property, without statutory or constitutional authority and without due process. Think of guidance as an off-the-books way for the government to ignore commonly held understandings of fairness. It's a shameless, unconstitutional scheme designed to skirt judicial review, avoid public scrutiny, and evade accountability.

But here hangs the forbidden fruit: Since guidance lacks notice, comment, and process requirements, it's easier, faster, and cheaper than substantive rulemaking. Agencies almost always give in to the temptation; they disguise substantive rules as interpretive and call them "guidance." When they are feeling really cheeky, they describe their hard-and-fast rules as "merely guidance."

Trojan horse rulemaking to create substantive guidance isn't just unlawful, it's unconstitutional, as it intrudes on the exclusive province of the legislature. "All legislative powers…shall be vested in a Congress" after all. That quote is not just the first article of the Constitution, it's the first section of the first article. Even a federal agency can't miss it.

But there's another constitutional problem. Agencies use substantive guidance to avoid judicial review, which prevents the accused from benefiting from their constitutional right to due process. Agency action must be "final" before a regulated party can sue an agency, but courts don't typically view guidance as final agency action. For instance, a common agency tactic is to issue a warning letter to a regulated party, threatening enforcement. Though the regulated party has little choice but to comply with the agency's demands, courts will not intervene because the letter itself does not establish sufficiently concrete legal consequences, as it is "merely" a notice.

The Executive Orders require agencies to post all guidance online within 120 days of implementation. Guidance must be searchable and specifically articulate the statute or regulation that authorizes its implementation.

This level of transparency will hold agencies accountable by ensuring that a regulated party can't be held responsible for conforming with guidance that isn't accessible online. Additionally, the executive orders allow the public to petition agencies to revoke substantive guidance, putting the burden on agencies to demonstrate the interpretive nature of their posting. Moreover, agencies will be required to tender "economically significant" guidance to the Office of Management and Budget (OMB) for approval.

This new standard of accountability will make the process more fair. If an agency notifies a regulated party of nonconformance with guidance, it must have previously codified its process for conducting administrative investigations through APA rulemaking. The executive orders also prohibit agencies from imposing legal consequences upon regulated parties for guidance nonconformance unless parties have received prior notification of the investigation and had an opportunity to respond to—and defend against—the agency's allegations. Most importantly, posted guidance will be a final agency action, so guidance will finally be reviewable by courts. This shouldn't be a revolutionary change, but it is.

Loosening the Grip of the Administrative State

Trump's regulatory gambit conditions agencies' use of guidance on meeting simple conditions. Substantive guidance is already unlawful, so another president pronouncing its unlawfulness wouldn't cure a sick system where the administrative state has metastasized into an unconstitutional fourth branch of government. Instead, the administration has set forth simple conditions for guidance implementation that mirror the transparency, accountability, and fairness features of APA rulemaking. Moreover, with OMB review and public petitions for revocation, these executive orders create backstops to prevent unlawful substantive guidance from slipping through the cracks.

Substantive guidance's days are numbered. Agencies will no longer be able to blindside individuals and businesses with their schemes of secret rules, obtuse interpretations, and mafia-like shakedowns.