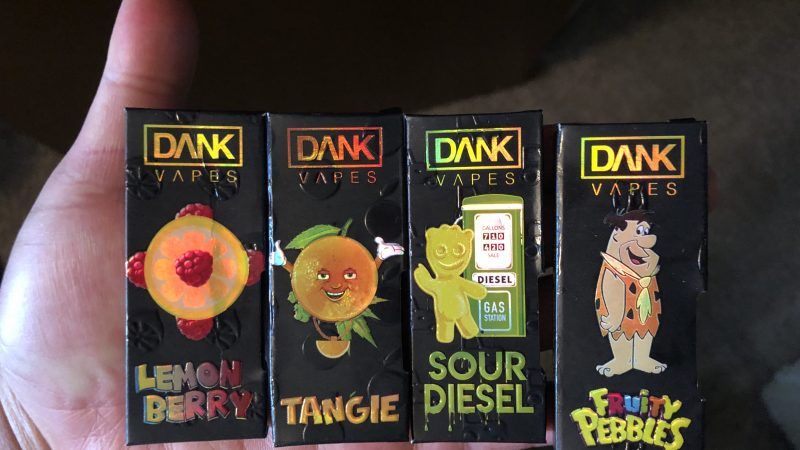 When there's an outbreak of food poisoning, the federal government does not issue general advisories about the hazards of eating. It tells people which products have been implicated so they can adjust their behavior to reduce the risks they face.

Yet for months now, even as evidence mounted that vaping-related lung diseases overwhelmingly involved black-market cannabis products, state and federal officials have been vaguely and unhelpfully warning us about the hazards of "vaping" and "e-cigarettes." That approach has endangered public health by failing to give cannabis consumers a clear heads-up and by implying that legal, nicotine-delivering e-cigarettes, which can save smokers' lives by dramatically reducing their exposure to toxins and carcinogens, might instead kill them.

A recent study by the Centers for Disease Control and Prevention (CDC), based on interviews with 86 vapers treated for respiratory symptoms in Wisconsin and Illinois, found that 87 percent "reported using e-cigarette products containing THC." Since people may be reluctant to admit illegal drug use, the researchers noted, the actual prevalence of THC vaping among patients may be even higher.

In another CDC study, based on 514 cases where the information was available, just 16 percent of patients said they had vaped only nicotine. Even assuming that all of those patients were completely candid, it's not clear where they got the pods, cartridges, or e-liquids they used—an important piece of information, since bootleg products of unknown provenance and composition may pose special hazards.

The CDC's findings make sense, since legal e-cigarettes have been used by millions of Americans for years without reports of lung illnesses like these. The cases—which totaled more than 1,000, including 18 deaths, as of October 1—emerged only in recent months, which suggests the problem is relatively new additives or contaminants in THC vapes, and perhaps also in black-market nicotine products.

"It seems there's too much conflating these tragic lung injuries with store-bought brands of regulated, legal e-cigs like Juul and NJOY," former Food and Drug Administration (FDA) Commissioner Scott Gottlieb observes, "and far too little blaming THC, CBD, and bootleg nicotine vapes—where so far, the only available hard evidence points." Boston University public health professor Michael Siegel notes that "there are no cases that have been shown to be associated with the use of store-purchased nicotine e-liquids, and it seems extremely unlikely that these products have any involvement in the outbreak."

The CDC and the FDA nevertheless continue to recommend that people refrain from vaping in general, although both agencies recently revised their warnings to note the prominence of THC products in the lung disease cases. Both also caution that former smokers who have switched to vaping should not return to their old habits.

The reason for the latter recommendation is plain: E-cigarettes, which do not contain tobacco and do not burn anything, are indisputably much less dangerous than the conventional, combustible kind. That point has been lost in muddled messaging that implies all vaping products are potentially deadly.

A Morning Consult poll conducted last month found that 58 percent of respondents, based on what they had "seen, read, or heard on the news lately," believed people had "died from lung disease" caused by "ecigs, such as Juul," compared to 34 percent who said the cases involved "marijuana or THC e-cigs." Only 22 percent of respondents understood that e-cigarettes are less hazardous than the conventional kind.

"E-cigarettes are way less harmful than cigarettes, and they can and do help smokers switch if they can't quit," noted David Abrams, a professor of social and behavioral sciences at NYU, in a recent interview with CBS News. If misinformation about the relative hazards of smoking and vaping impedes that shift, it could have deadly consequences.

"There's no question public health would benefit dramatically if everybody switched completely to e-cigarettes," Abrams said. "If we lose this opportunity, I think we will have blown the single biggest public health opportunity we've ever had in 120 years."