Does WeWork Work? Don't Write Off the Innovative Shared Office Concept Yet

Perhaps WeWork will eventually succeed in going public and in reaching profitability. Even if it doesn't, it will have paved the way for dozens of similar companies operating with variations on its co-working model 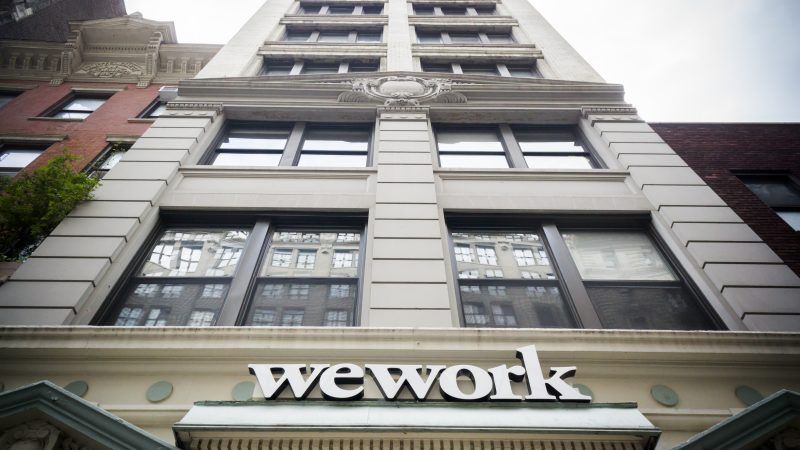 The conventional wisdom about WeWork these days is that it is some kind of failure.

The privately held company announced that its co-founder, Adam Neumann, would step down as CEO. It also withdrew the planned initial public offering that it had registered with the Securities and Exchange Commission. That was an indication that potential investors were wary about buying into an enterprise that, in 2018, lost about $1.9 billion on revenue of about $1.8 billion. Or at least that the potential investors were wary about buying in at a price that valued the overall company in the $10 billion to $47 billion range.

One can understand the critical tone of the press coverage and of the market chatter. Any company with losses exceeding its total revenues that claims to be worth $47 billion, or even $10 billion, deserves skepticism and perhaps even some derision.

This column, though, does its best to operate in the contrarian journalistic tradition of kick them while they're up, kiss them when they are down. In that spirit, while everyone is bashing WeWork, let us pause to sing its praises.

WeWork is no Enron, no Theranos. Neumann, whatever his errors, has accomplished something genuinely impressive. In less than a decade, he's built out a network of 528 locations in 111 cities in 29 countries. The company claims 527,000 members. Even if it's all worth just single-digit billions, it is not an easy thing to build a billion-dollar company from scratch in less than a decade.

WeWork pioneered and popularized a whole new category of co-working space. Before, with few exceptions, if you wanted to rent office space as an individual or a start-up company, it was an excruciatingly unpleasant hassle. Landlords wanted a five or ten year lease. They wanted a personal guarantee, meaning an executive or owner of a tenant company would be personally on the hook for the remaining rent if a startup failed. Pricing was complex. There might be extra cleaning fees, extra charges due to landlords for utilities, or "loss factors" that were ways of explaining rents calculated based on square footages that exceeded the physical space being rented.

WeWork eliminated all those hassles and complicated costs for customers, making it possible—easy, even—to rent space on a flexible, month-to-month basis. When I took an office at one of the company's first Boston locations, it came not only with good coffee, a desk and a chair, and use of printers and conference rooms and fast wireless internet, but also with a t-shirt and coffee mug that said, "Do what you love."

Critics may find that naïve. There's a certain nobility, though, to this idea that work needn't only be a way to earn a living but that it is also a source of joy and meaning and purpose. As WeWork's mission statement puts it, one of the company's values is to be entrepreneurial: "We are creators, leaders, and self-starters. We try new things, we challenge convention, and we're not afraid to fail."

Neumann went to the City University of New York's  Baruch College, not some Ivy League business school. His innovative, audacious bent is characteristic of both Israel, where he grew up, and New York City, where he lives and where WeWork began.

Perhaps WeWork will eventually succeed in going public and in reaching profitability (and perhaps not in that order), as have other upstart companies from Apple to Amazon to Facebook that have been met with similar skepticism about eccentric founders or high valuations compared to profits. Even if WeWork fizzles, though, it will have paved the way for dozens of similar companies operating with variations on its co-working model—Industrious, Workbar, The Wing.

There are plenty of good reasons for people to go work for big institutions or long-established companies, or to stay if they are already there. But for those who are restless and interested in starting something new, it's useful to have a commercial real-estate option other than the garage or Starbucks. WeWork doesn't exist merely to indulge just-out-of-college workers who want an office with beer on tap and foosball tables that feels like a fraternity house. WeWork identified a real opportunity. It's serving a genuine economic function—disrupting the commercial real estate industry, offering customers a value proposition good enough that the tenants voluntarily pay to rent the space. The customers—WeWork tenants—have benefited from essentially a subsidy provided by venture capital. How long tenants will stick around if rents increase and service declines as WeWork focuses on attaining profitability is an open question.

My own sense, though, as someone who has been a tenant both at WeWork and in more traditional commercial office leases, is that some team of executives and investors will find a way to make money by doing what WeWork does—offering office space in a customer-friendly, flexible way. The pull of "do what you love" is just too strong. In American capitalism, not every innovator succeeds with every initial public offering at the maximum valuation. In the long run, though, don't bet against dynamism.