Plus: newspapers vs. Google, The Federalist vs. the National Labor Relations Board, and more... 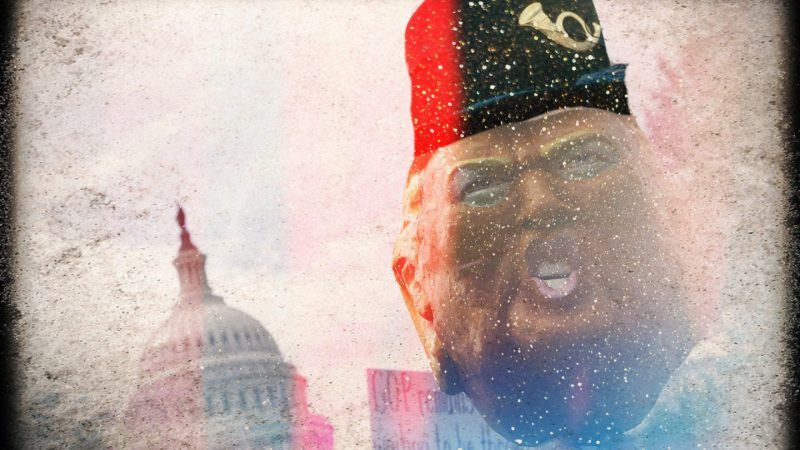 Who had "civil war fetishizing by the executive branch" on their 2019 bingo card? Because that's where we find ourselves this Monday morning after President Donald Trump spent the weekend (per usual) watching TV and tweeting furiously.

"If the Democrats are successful in removing the President from office (which they will never be), it will cause a Civil War like fracture in this Nation from which our Country will never heal," Trump tweeted on Sunday night, quoting what Pastor Robert Jeffress said on Fox News. (Update: it turns out that Trump's tweet misquoted Jeffress, adding the "which they will never be" parenthetical and taking out "I'm afraid" before "it will cause a Civil War.")

While the civil war tweet is getting more attention, the Schiff tweet⁠ may be a bigger deal. The president accusing a member of Congress of treason for something they said on the House or Senate floor is unconstitutional. "Trump's tweet is by itself arguably impeachable," suggested political science professor Jacob Levy

His lies were made in perhaps the most blatant and sinister manner ever seen in the great Chamber. He wrote down and read terrible things, then said it was from the mouth of the President of the United States. I want Schiff questioned at the highest level for Fraud & Treason…..

The relevant part of the U.S. Constitution is known as the speech and debate clause. It says:

For any Speech or Debate in either House, [members of Congress] shall not be questioned in any other Place.

This clause "serves various purposes: principally to protect the independence and integrity of the legislative branch by protecting against executive or judicial intrusions into the protected legislative sphere," notes Todd Garvey of the Congressional Research Service.

A president of the United States accusing a member of Congress of treason is literally unconstitutional and presumptively impeachable. Imagine this was happening in another country—it would signify a massive breakdown. You'd expect someone to fix it. And if not, you'd worry a lot https://t.co/shCRvCUyg8

This morning, Trump followed up with another tweet about Schiff, this time asking: "Arrest for Treason?"

Rep. Adam Schiff illegally made up a FAKE & terrible statement, pretended it to be mine as the most important part of my call to the Ukrainian President, and read it aloud to Congress and the American people. It bore NO relationship to what I said on the call. Arrest for Treason?

The Schiff tweets have been overshadowed by Trump's subsequent mention of civil war. Many are insisting that Trump was threatening to start one and has violated a law against inciting "rebellion or insurrection against the authority of the United States."

So today Trump threatened a whistleblower, accused one or more of his top nat sec aides of being spies, demanded a House Chair be interrogated on suspicion of treason and threatened to foment a civil war if he is removed from office.

The president didn't directly threaten to start a civil war, of course, nor make an actual attempt to incite one (yet). But Trump even broaching it as a possibility is disturbing and provides yet more evidence of his truly twisted, selfish way of looking at things.

"Even by Trump standards, this is a remarkably irresponsible tweet," said National Review's David French of this civil war quote. "The impeachment inquiry should focus not just on abuse of power but also fitness for office. This is repugnant."

"This what he wants from you, Republicans," tweeted Will Wilkinson of the Niskanen Center. "He literally wants you to fight & die in a bloody civil conflict to bail him out of the mile-deep mineshaft he's dug with a lifetime of bottomless corruption. That's how he sees your life: a human shield for him, worthless in itself."

In between his busy schedule of making unconstitutional statements and walking the line on inciting violence, Trump took time this weekend to highlight the thoughts of randos who dislike the same people as he dislikes and a "Trump But About Sharks" parody account.

The President of the United States retweeted a parody account that makes fun of him for disliking sharks pic.twitter.com/evGXPQ7kvq

The Federalist is being investigated over an anti-union tweet. In June, publisher (and co-founder of the site) Ben Domenech tweeted:

Now, the National Labor Relations Board is "prosecuting a case against the publication's parent company, FDRLST Media LLC, alleging the tweet violates federal labor laws that give private-sector workers the right to unionize and act collectively for protection without interference from their employer," Bloomberg reports.

The case shows that the board "will enforce the law against similar comments made on social media, so long as it's reasonable to believe that employees will see or learn about their superiors' statements," notes Hassan A. Kanu, Bloomberg legal reporter.

"This is a situation where someone, on their personal Twitter account, expressed a viewpoint, so any action against that kind of speech would implicate First Amendment concerns," Aditya Dynar, one of The Federalist's attorneys on this case, told Bloomberg. "We're thinking of filing a motion to dismiss where we'll flesh out all our arguments."

First of all, this may sound condescending, but "I told you so". No seriously, we (meaning pretty much any media analysts) have been telling publishers this for the past 10 years.

It was delusional at best to even think anything else would happen.