Master of mayhem Takashi Miike gets romantic on us. Sort of. 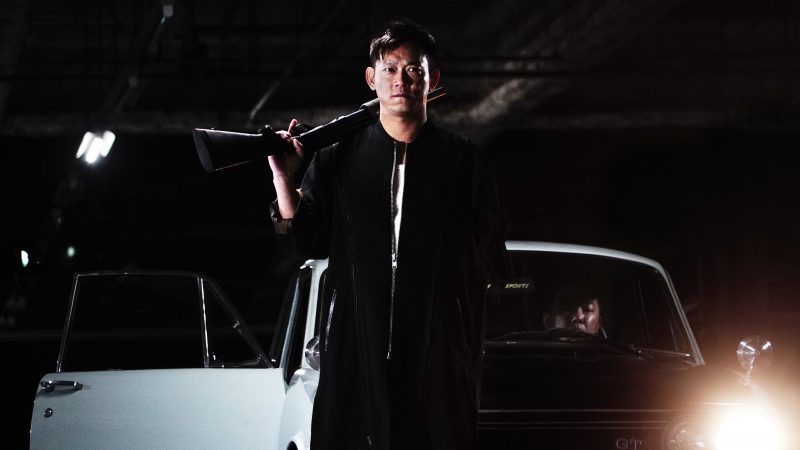 Takashi Miike is possibly the last director—well, Rob Zombie and the sadly retired Uwe Boll might also spring to mind—whom you'd expect to find dabbling in true romance. It's taken him a while to reach this breakthrough, but hey, he's been busy. (As required by movie-reviewing law, I must here point out that, although he's just 59 years old, Miike is credited with directing more than 100 films, many of them released theatrically, others made for the straight-to-video market or for TV.) Since his trademark is a species of fierce, sadistic violence that's so over-the-top it's often funny (well, to a certain kind of viewer), the appearance of a new Miike movie called First Love might incline fans to fear that he's going soft on them.

But no. Or not really. This being a Miike film, the young canoodlers at the heart of the story are a boxer with a brain tumor and a drug-addicted call girl. And the Tokyo that they flee through over the course of one long, frantic night is a place where severed heads come rolling out of doorways, a woman expends a lot of energy kicking a man to death ("You don't get out of this by dying," she screams at his lifeless body), and an angry yakuza carefully drives his van over an unconscious bad guy's head (cue sound of melons being crushed).

One drawback of Miike's madly prolific approach to filmmaking is that it sometimes leaves him scrambling for good scripts, which he isn't always able to find, if he even bothers looking. (On the other hand, his 1999 needle-torture classic Audition is a picture not an awful lot like any other, and so is his spectacularly brutal 2001 gang flick, Ichi the Killer.) With First Love, the director has said that he wanted to get back to a classic yakuza crime film, and he's certainly done that—the picture is filled with tough guys (and one very tough woman), scuzzy drug dealers, stone-faced assassins and crooked cops, all doing pretty much what you'd expect. What makes the movie compelling is the tireless energy and choreographic clarity that Miike brings to his action sequences, of which there are, of course, many.

The story gets underway in a boxing ring, where a young kid named Leo (Masataka Kubota), a well-regarded up-and-comer, is puzzled to realize that he's losing a match. (Miiki renders this fight scene with nimble camerawork and very tight editing, and you can almost feel the sweat spraying your face with each punch.) After Leo gets the news that he has a possibly inoperable brain tumor, we move along to make the acquaintance of a young woman named Monica (Sakurako Konishi), who's turning tricks to pay off a debt owed by her abusive father to a yakuza bigwig. Monica is kept a virtual hostage by a drug dealer who has gotten her addicted to heroin, and she's also mercilessly berated by the dealer's unhinged girlfriend Julie (pop singer and TV star Becky Rabone, taking a step up in the biz).

Further enlivening the story is a treacherous yakuza youth called Kase (Shôta Sometani) who's scheming with a corrupt police detective (Nao Ohmori, of Ichi the Killer) to hijack a big drug shipment and implicate the Chinese mob. Also on hand, at first as a subject of nervous discussion and later as a fearsome presence, is a hitman called One-Armed Wang (a name I take to be a shout-out to the 1967 martial arts movie of that title), who has been able to continue pursuing his chosen profession, despite his handicap, by acquiring a pump-action shotgun. (If only the actor who plays him could acquire a name in the movie's English-language credits.)

First Love isn't great Miike, but it's fun, despite the fact that—spoiler—love conquers all (or at least a lot) in the end. Fans should find quite a bit to like—there's a furious tight-quarters car chase staged in a parking garage, a long stretch of gun-and-katana action in some kind of hardware depot, and a quick, funny scene in which a gangster has his shooting arm hacked off with a sword and then finds it hard to pry his pistol back out of his former fingers.

Miike remains a meticulous action filmmaker—if only he hadn't always been in such a hurry. Now he faces a serious challenge in the ultra-violence sweepstakes from the John Wick movies, which are also pretty brutal (although not as sadistically twisted as some of Miiki's films), but are set in a world with a rich pulp mythology unlike anything Miike would likely take the time to work out. Our man might want to give this some thought, maybe take a year off.