The much-maligned drinking utensil is saved from the ravages of Trump's trade war. 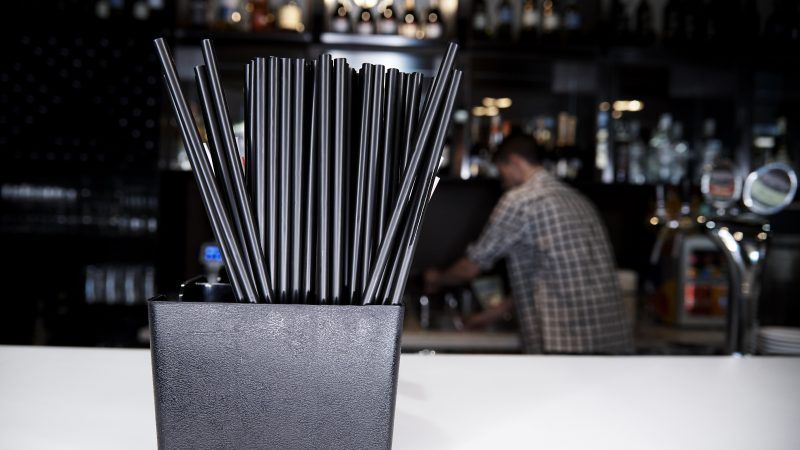 Plastic straws have received a lot of hate in recent years. They've been smeared, regulated, even banned. But they will at least be saved from the ravages of President Donald Trump's trade war.

In regulatory filings on Friday, the Office of the U.S. Trade Representative issued hundreds of exemptions to tariffs on $250 billion worth of Chinese goods imposed last year, including a carve-out for the humble plastic straw.

Straws were initially subjected to tariffs back in August 2018, when the Trump Administration hit $16 billion in Chinese goods with a 25 percent levy in response to supposedly unfair trade practices.

At the same time, the administration gave U.S. importers the opportunity to ask for exemptions from the tariffs. In petitioning the government for a carveout for a product, companies would have to address whether it was only available from China, whether it is strategically important to China, and whether the imposition of tariffs on the good was causing "severe economic hardship."

Apparently, straws fit the bill. The little suckers can be imported duty-free for the next year.

In granting some hardship exemptions to its tariffs, the Trump administration is tacitly acknowledging that these import duties are having real economic consequences for U.S. companies.

The carveout for straws fits with the Trump administration's pro-straw outlook. The president has criticized plastic straw bans. His reelection campaign sells Trump-branded straws as an alternative to "liberal paper straws."

The Trump straws are made in the U.S. and therefore would not have been subjected to the administration's tariffs. At $15 for a 10-pack, they are significantly more expensive than their Chinese-sourced alternatives.

In addition to being a minor corrective for its terrible trade policies, the Trump administration's tariff exemption might be good environmental policy.

It's possible that Chinese straw producers have responded to U.S. tariffs by trying to offload more their products on the domestic market. Given that waste collection systems are less developed in China, more domestic straw use would likely have led to more littered straws, and therefore more straws getting into rivers and the ocean.

Now tariff-free straws can be shipped to the U.S., where they're much more likely to be safely tossed in a trash can and carted to a landfill.